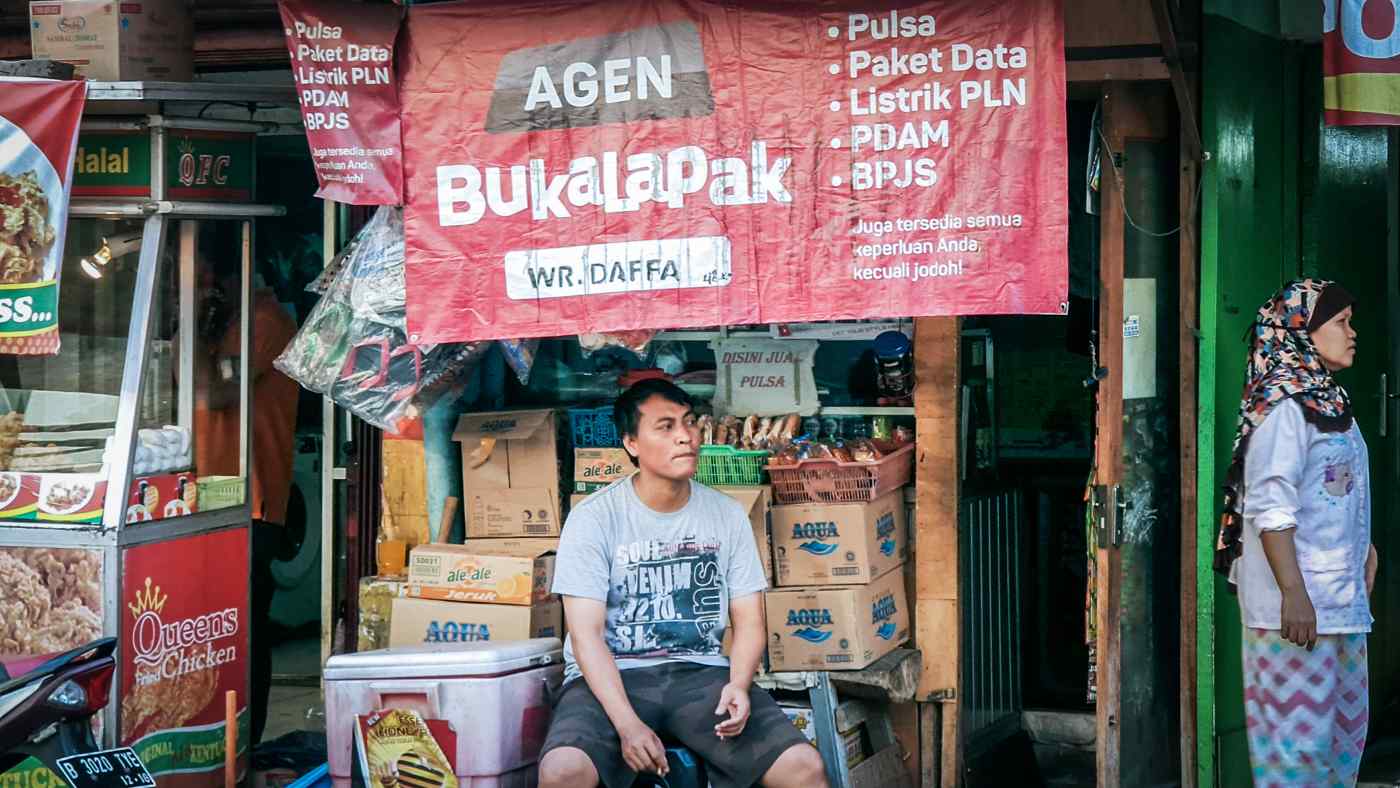 JAKARTA -- Indonesia's Bukalapak has become the latest Asian internet startup to shift gears from go-go to go-slow with a round of job cuts as investors increasingly demand that e-commerce companies focus on profitability instead of growth.

Several Asian unicorns -- unlisted startups valued at more than $1 billion -- have announced job cuts in recent months, but this is thought to be the first significant restructuring by one based in Indonesia. Bukalapak said on Wednesday it would be laying off almost 10% of its 2,000-strong workforce.

Teddy Oetomo, chief strategy officer, said the earnings struggles of U.S. startups such as Uber, Lyft and WeWork, were "taken into account" in the board's decision. Oetomo stressed the cuts by Indonesia's fourth-biggest unicorn were unrelated to broader company performance.

"Our focus is no longer growth," he said, but to build a sustainable company. "We were too naive. ... In some [business] areas, we overextended." Around 100 people in departments that had "slack" were affected, he said.

The shift from growth to an emphasis on profitability comes as investors become increasingly dubious about startup valuations.

Uber and Lyft had operating losses last year of $3 billion and $977 million respectively, while We Company, parent of loss-making office sharing startup WeWork, is seeking an initial public offering valuation potentially less than half of its $47 billion value, based on earlier fundraisings.

"Unicorns are going to have to face the reality that floating unprofitable businesses under the guise of 'expansion' instead of cashing out will be much harder to achieve in a more austere 2020," Jeffrey Halley, senior market analyst at OANDA in Singapore, told the Nikkei Asian Review.

Bukalapak's decision to lay off staff was made solely by the board of directors, Oetomo said, and no pressure came from its investors, which include Alibaba Group Holding's Ant Financial Services Group, Singaporean sovereign wealth fund GIC and Indonesian media conglomerate Elang Mahkota Teknologi, or Emtek Group.

Bukalapak has "sufficient capital to take EBITDA to positive," Oetomo said, and the 10-year old company aims to reach profitability as soon as possible."We hope to avoid further layoffs," he said, adding that those let go were "compensated above regulatory requirement."

Other Asian unicorns cutting jobs in recent months include Zomato, an India-based food delivery and restaurant reservation startup that slashed 540 employees from its customer support team, or 10% of its overall workforce. One of Hong Kong's first unicorns, Tink Labs, which provides free-to-use smartphones in hotels around the world, is reportedly set to shut down.

Fellow Indonesian unicorn Traveloka is meanwhile seen as scaling back the use of discounts to draw in customers and build market share in fast-growing Indonesia.

"As quite a few of these unicorns move to a more mature age, reality will start to bite," Halley said. "They may well be discovering that investor appetite for pouring endless amounts of money into loss-making ventures with no near-time sight of profitability will be more difficult marching into 2020. Scale is no longer a unique selling proposition when technology makes barriers to entry relatively low."

Bukalapak could have raised more capital from new or existing investors to maintain its workforce,  but that "would not be sustainable in the long run," Oetomo said.

"Potentially, there will be some time -- I don't know when -- that cheap money may cease to flow," he said. "We cannot control that."

But the company can prepare for that. "In the event of such thing happening, we already are a sustainable company, and therefore we are not going to be hit as much."

Bukalapak founder Achmad Zaky said previously that the company wants to reach "decacorn" status -- valued at over $10 billion. Oetomo said this will be achieved not from "post-money valuation," but through "[better] performance."

Bukalapak is Indonesia's fourth unicorn after ride-hailer and super app Go-Jek, e-commerce rival Tokopedia and online travel agency Traveloka. It ranked third in visits among e-commerce sites in the archipelago nation during the second quarter of 2019 after Tokopedia and Shopee, which is owned by former unicorn Sea Group, according to research company iprice.