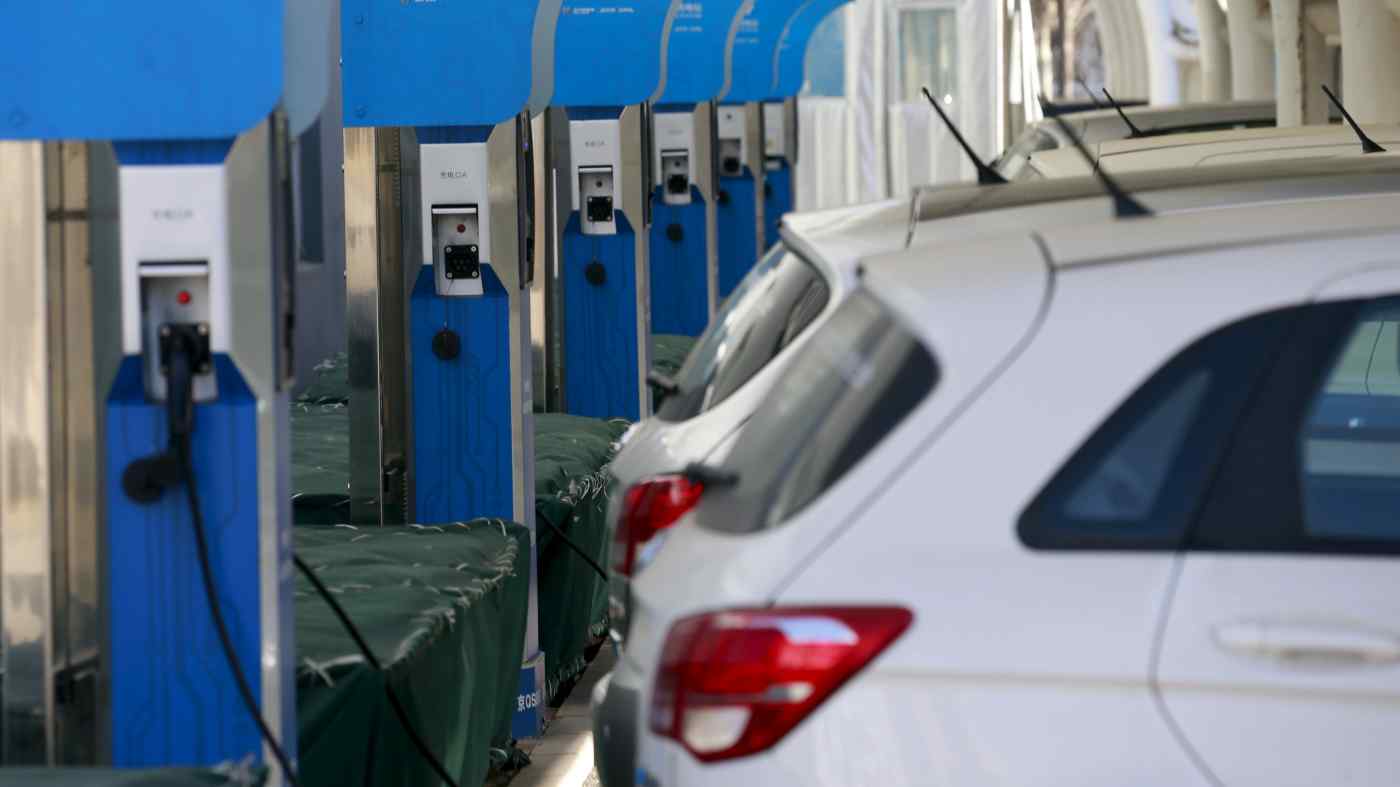 BEIJING -- Local governments in China have been stepping up efforts to help companies build electric-vehicle charging stations. As the city of Beijing leads in offering generous subsidies, the EV-charging industry appears to have gained significant traction almost overnight.

The city government said it will subsidize a number of companies, including makers of pole-type EV charging facilities, which can receive up to 106 yuan ($15) per kilowatt provided per year.

But there are problems. Companies building charging stations in low-traffic areas need government support. Can the industry -- notorious for being in the red -- finally take off with state help?

The industry has forecast that China will need 63 million charging stands in the next 10 years, creating a 1 billion yuan market. But problems remain.

According to statistics, there were only 18,000 charging stations in 2012, prompting the central government to set a target of an additional 12,000 stations by 2020 and 36,000 by 2025. Since then, state and private capital has been pouring in, driving rapid growth in the sector

The 2019-2020 annual report on China's charging infrastructure released by the China Electric Vehicle charging Infrastructure Promotion Alliance said the target of 36,000 charging stations was achieved in 2019.

When the goal was first announced, however, some companies were only after the subsidies, as they installed charging stations almost anywhere, including far-flung provinces with little vehicle traffic. This just wasted subsidy money. According to industry association China EV100, the usage rate of public charging facilities was below 10% in 2018.

In addition, EV charging stations require heavy initial investment that banks on a long-term return -- anywhere between 5.7 to 9.6 years, according to a source at a Chinese charging facility maker. As of 2017, there were around 300 companies making charging facilities. By 2019, around half of them had either closed or exited the business, and 30% are still struggling to break even.

Currently, the EV charging sector is divided into three main groups: state-owned companies like State Grid and China Southern Power Grid; battery makers like TELD and Star Charge; and EV manufacturers like Xpeng Motors and Tesla that are constructing their own charging stations. While the varied playing field encourages competition, standards and payment systems have yet to be unified, making an integrated nationwide system of chargers difficult to implement.

But if China wants to complete the transition to electrics, more charging facilities are a must. Tesla, the undisputed leader in EVs, realized this at an early stage and has been building its own charger network across China since 2015.

An industry group estimates that by 2030, there will be 80 million electric vehicles in China, with battery-dependent vehicles expected to comprise 64.8 million of this figure. If each EV needs one charging stand, there is obviously room for growth in the charging sector over the next decade.

Investments over the entire charging supply chain -- such as electricity networks and charging specifications -- are required to build a comprehensive network of charging stations.

The government should set aside land for charging stations and parking space, while using big data and other info tech to consolidate efforts in this field.