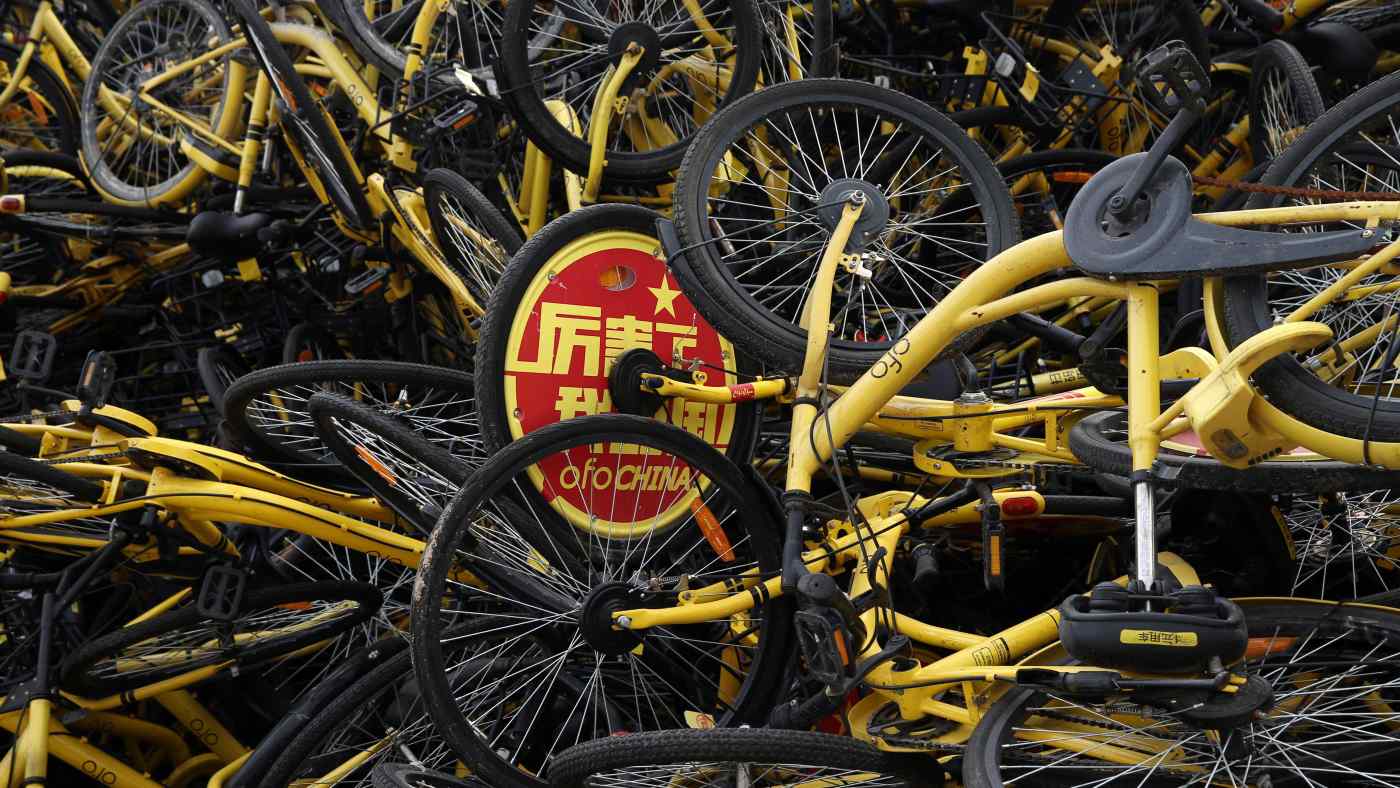 Beijing-based Ofo has revealed the pressures are so great it has even considered bankruptcy in the face of mounting demands from customers, creditors and day to day operations.

"Due to our misjudgement of the overall situation... the company has been under huge pressure on cash flow throughout the year," Ofo founder Dai Wei told employees in an email on Wednesday.

"To return users' deposits, pay back to suppliers, and keep our business up and running, we had to turn every yuan into three. Countless times, I thought about cutting down the operation budget in order to refund users and pay our debts. I even considered filing a bankruptcy."

Ofo made its name by introducing a dockless bike-sharing system through which riders can unlock a vehicle via smartphone and drop it off wherever they go. However the company is suffering from its over aggressive expansion and business has taken a turn for the worse.

Dai, who founded the business in 2014 at the age of 23, acknowledged that "the company's fundraising efforts went in vain" during the past six months, but he promised that Ofo will return all deposits requested by customers.

Dai's announcement came after hundreds of customers gathered outside Ofo's headquarters on Monday demanding an immediate return of their deposits, which had been required for registering their account.

Videos and photos circulated on Chinese social media showed a long queue that stretched from Ofo's fifth-floor office all the way to the ground floor, as Beijing residents heard local news reports suggesting that riders who visited the company in person could get a refund right away. 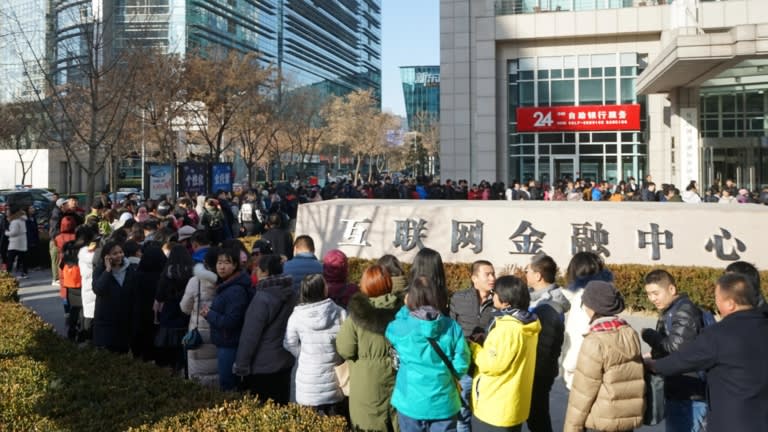 Users of bike-sharing service Ofo queue for deposit refunds outside the company's headquarters in Beijing.   © Reuters

Ofo previously waived deposits for users with high "Sesame" scores -- a private credit rating system developed by Alibaba -- but resumed its deposit requirement in June. Riders were asked to pay a 99-yuan ($14) deposit, which later was raised to 199 yuan.

The company, which once promised that deposits would be returned to the user's account within 15 days upon request, this week revised its policy to be "first come, first served."

A rider in Beijing who had filed his refunding request on Tuesday told Nikkei Asian Review that "there were at least 10 million people in the queue," based on a waiting number he had received from the company.

The gathering in Beijing has generated a cascade of discussions on Sina Weibo, a Twitter-style Chinese social media platform, with Ofo users nationwide complaining about their long-awaited refunds.

Recovering deposits from Ofo has become a hot topic on Zhihu, China's answer to Quora, with nearly 2 million views. Some riders also said they would uninstall the Ofo app once they received their money.

"Ofo didn't even return my deposit of 199 yuan. Why should I trust the company and continue using its service?" said a college student in the southwestern city of Chengdu, who gave only his surname, Liang, and said he never received a response from the company after requesting his deposit in November.

Chai Mengmiao, a college student in the city of Xianyang, also said he has waited for a refund since November.

"Many of Ofo's bikes are broken," Chai said. "I don't want to use its service anymore."

As one rider quit, and then another and another, the remaining users have felt the pain of a shrinking business. Finding a well-maintained Ofo bike has become increasingly challenging, Jason Wei, a financial professional in Beijing, told the Nikkei Asian Review. The persistent bad news surrounding the company also has scared him away.

"I'm afraid if I don't get my deposit back right now, I would never be able to do so," said Wei, who recently closed his account.

Ofo didn't immediately respond to Nikkei Asian Review's request for comment. But the company posted a statement on Monday through its official Weibo account. "Due to Ofo's large user base, it's possible that the number of applications for deposit refunds will surge drastically," it said.

The financial pressure has mounted, despite Ofo raising $2.2 billion from investors since its debut in 2014, according to data from information portal Crunchbase.

The Chinese bike-sharing company halted its overseas expansion in recent months, ending operations in India, Australia and several other markets. The company also scaled back service in the U.S. and the U.K.

Ofo's struggle reflects a sea change in China's bike-sharing industry. Dozens of startups mushroomed across the country in 2016, with billions of dollars poured into a sector once expected to deliver the next Uber.

But with an unclear business model and massive capital needed for producing and maintaining their fleets, many Chinese bike-sharing companies have failed to stay in business.