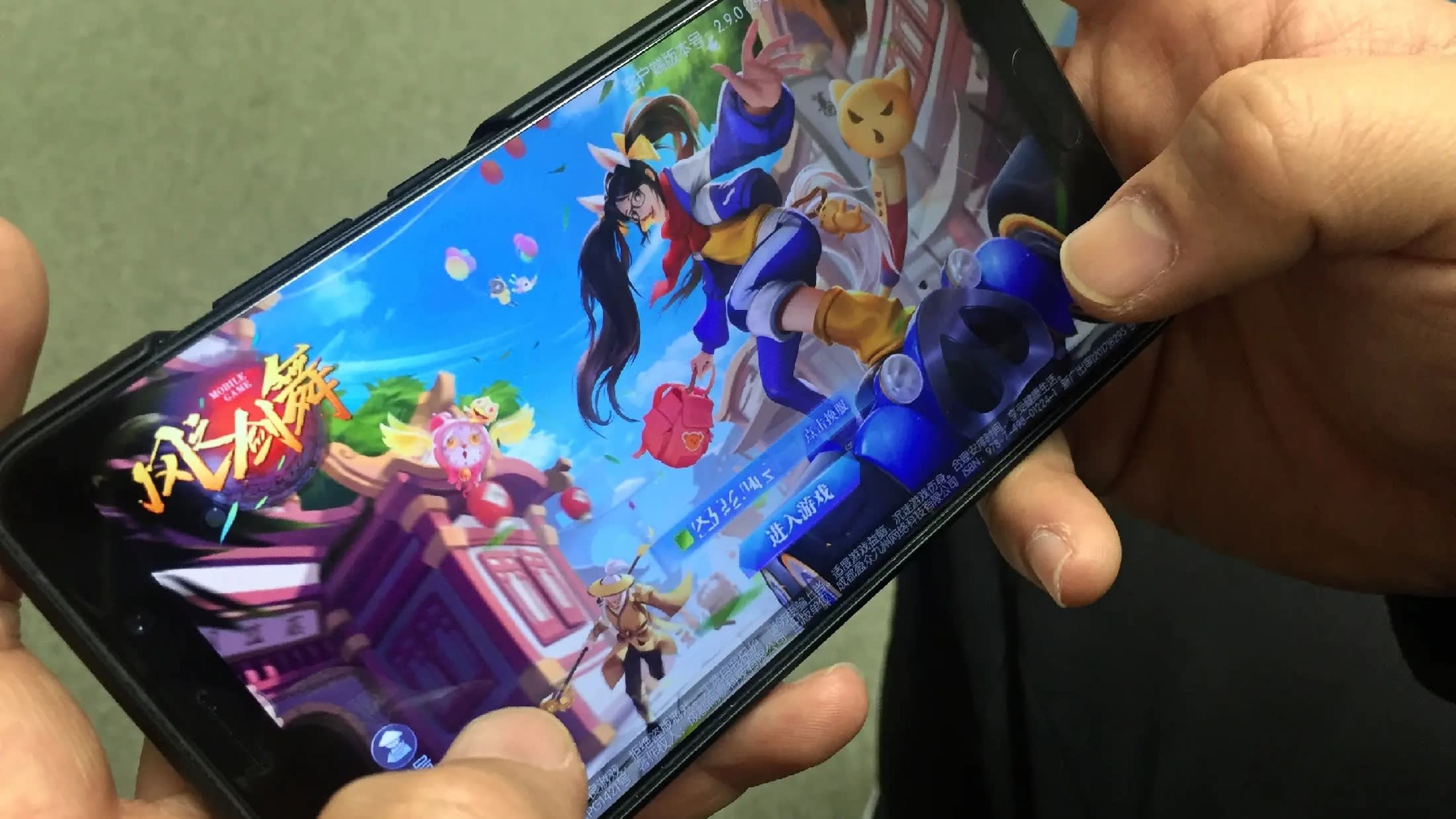 A Nikkei Inc. survey found a 10% surge in earnings for the top 676 midsize Chinese companies during the financial year ended December 2017, down from the 23% recorded in 2016. The combined earnings of the companies before interest, taxes, depreciation and amortization -- or EBITDA -- totaled 37.6 billion yuan ($5.55 billion at current rates), while combined sales rose about 8% to 242.6 billion yuan.

"The business environment was not bad in 2017, as exports and infrastructure investment were good," said Yusuke Miura, senior economist of Mizuho Research Institute. "It is very difficult to say why midsize companies slowed in 2017."

Miura noted that "one reason might be growth in 2016 was too strong," due to policies implemented in 2015 to promote innovation and the government's Internet Plus strategy.

Though the companies earned 10% growth in EBITDA for 2017, the U.S.-China trade war has weighed on earnings, making increased profitability a priority going forward.

Nikkei conducted the survey of midsize Chinese companies for the first time, developing a mainland China version of "NEXT 1000," which tracks listed Japanese companies with annual sales of 10 billion yen ($91.3 million) or less.

The survey covered 676 companies with no more than 600 million yuan -- or about 9.6 billion yen -- in their most recent annual sales. The companies are selected from 3,425 businesses based in mainland China that are listed on the Shanghai or Shenzhen stock exchanges.

The 676 companies still trail the combined 25% growth in EBITDA for China's 3,425 listed companies, due in part to the dominance of major Chinese companies, which forces smaller players to prioritize securing market share over short-term profits. Nevertheless, these top midsize companies have managed to stay profitable by offering unique technologies and services, as well as having stable sales channels.

Though the earnings and sales of these midsize Chinese businesses still represent only about 1% of the totals for all companies on the exchanges, their combined market value accounted for over 6% of total capitalization.

EBITDA growth for the 676 companies was led by sectors such as video game development and medical products, which reflect China's expanding industrial base. Traditionally, state-owned enterprises in China have mostly controlled infrastructure and smokestack industries that power the nation's economic expansion. In recent years, however, the country's industrial landscape has changed drastically as a legion of internet powerhouses led by the Big Three -- Baidu, Alibaba Group Holding and Tencent Holdings -- has become a key driver of economic growth.

These online service giants maintain their dominance by acquiring new, innovative internet players that emerge as potential rivals. But many Chinese industries have diversified greatly in terms of products and services offered over the past several years. This has let midsize companies establish a solid presence in markets for services aimed at increasingly wealthier Chinese consumers, such as health and entertainment.

The list of midsize companies with high EBITDA shows that the Chinese services sector is growing.

Dalian Morningstar Network Technology, the top-ranked midsize player, works chiefly as a provider of games for mobile devices. It jumped into the market in 2016 after seeing huge growth potential there, marking a major departure from its prior trade -- cultivating and selling marine products.

"We were able to achieve steady growth once we got out of our old business," a company representative said. 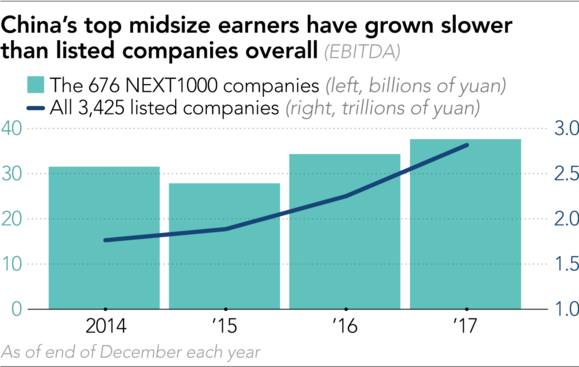 Previously, Morningstar listed on the Shenzhen Stock Exchange board for small and midsize companies, dealing in delicacies like abalone and sea urchin. But in 2013, under austerity measures imposed by the ruling Communist Party, individuals cut back on banquets and exchanged fewer gifts, driving the company into dire financial straits.

But in 2015, the video game market caught the eye of founder Liu Dequn, and in October the following year, Morningstar debuted in the industry with the purchase of a game developer.

One Morningstar role-playing game steeped in Chinese myth has drawn fans with its striking art, while a basketball game has gained traction in the U.S. The company finally pulled out of the marine products business in September 2017. Though sales plummeted 50% from the prior year to 390 million yuan in 2017 as a result, net profit was comparably strong at 270 million yuan -- down just 8%.

For the first nine months of 2018, however, Morningstar logged a net loss of 23 million yuan after the ruling party halted approvals of new games, citing concerns about their impact on children. The freeze has taken a toll across the sector, including on China's leading mobile-device game company, Tencent Holdings. Beijing resumed reviewing games around the end of last year, testing companies' abilities as they seek to rebuild earnings.

The No. 12 midsize company by EBITDA, privately run Shandong Laiwu Jinlei Wind Power Technology, develops and manufactures core parts for wind-power generation equipment. It holds a 14% share of the global market, with about 60% of its sales from overseas. This under-the-radar global player does business with majors such as General Electric and Siemens.

The company began in March 2006 as a machine parts manufacturer, but low profits drove founder and CEO Yi Tinglei to try something new. Jinlei morphed into its current form in 2008 after Yi judged that air pollution and other environmental issues would increase demand for wind power to replace coal and other "dirty" energy.

Jinlei has found success at home as well, where it likewise commands a 14% market share and does business with major domestic companies, including supplying parts to machinery maker Sany Heavy Industry. It enjoyed a successful year overseas in 2018, chalking up victories such as landing orders from Denmark.

Pulike Biological Engineering, the No. 15 player, develops and produces vaccines to protect breeding livestock such as pigs and chickens against infectious diseases. It has become a trusted name by focusing on quality management amid uncertainty over the safety of Chinese products, maintaining a 100% pass rate in state sampling tests for five years running on all its products, including those from subsidiaries.

In 1996, it developed China's first antibiotic for animals. The company achieved growth in its home province of Henan, China's most active pig-farming region, with pig vaccines to prevent ailments like porcine reproductive and respiratory syndrome and bacterial diarrhea.

China's gross domestic product grew 6.7% on the year for January-September 2018. But new-car sales and other statistics plunged into negatives in the year's second half due to the trade war, and growth is expected to worsen in 2019. With domestic demand bound to dim, China's midsize companies will need to polish their own unique strengths.