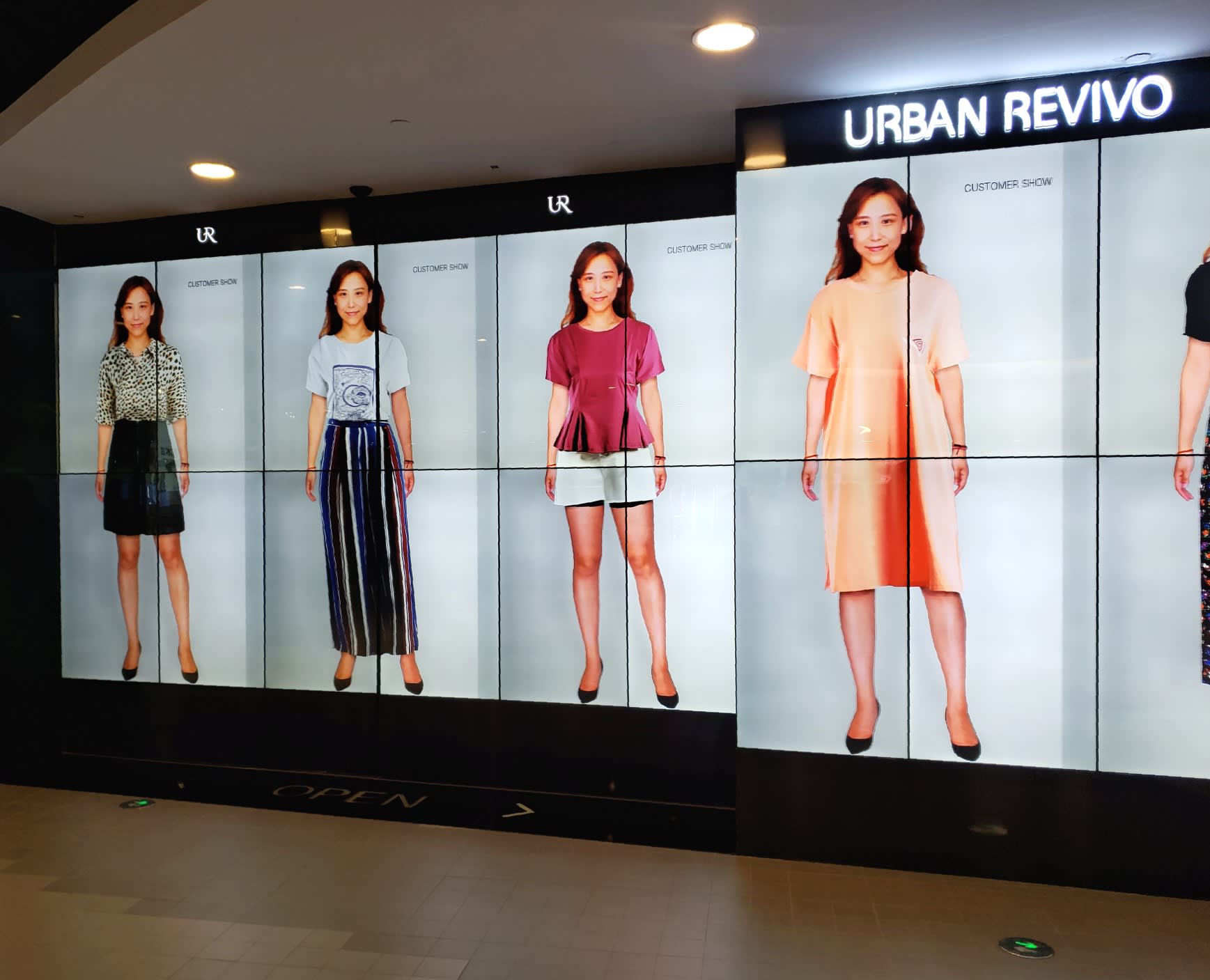 Once shoppers have their measurements taken by cameras and sensors at Urban Revivo, they can take advantage of a digital fitting service.(Photo by Yusho Cho)
YUSHO CHO, Nikkei staff writerNovember 4, 2019 12:21 JST | China
CopyCopied

SHANGHAI -- China's startups raised 46% less in January-September from a year earlier amid a soft economy, a worrisome trend that's driving young companies to find faster paths to profitability in order to stay afloat.

The sharp drop-off brought total startup fundraising to about $36 billion, according to research firm Shanghai DZH. It followed a 30% year-on-year decline from January to mid-June reported by Beijing-based technology news portal 36Kr.

In the five years since a speech by Premier Li Keqiang urging mass innovation and entrepreneurship, a Chinese startup boom has ensued, with about 30 million companies newly registering. But as funding dries up, a fight to survive appears to be looming, driving players that once might have focused on planning and soliciting investment to instead hurry their services to the commercial stage.

At the River Mall, a shopping center opened in the venue that housed the 2010 Shanghai World Expo, Chinese fast-fashion retailer Urban Revivo offers a virtual fitting-room service. Once shoppers have their measurements taken in a custom bodysuit by cameras and sensors there, they can take advantage of a smartphone-based digital fitting service.

With their measurement date stored, shoppers can simply scan an item's QR code to see how they would look wearing it. Should they scan a jacket, the program can suggest a skirt or other piece to go with it. The service has drawn praise for saving time and effort for shoppers and staff.

"Not only does the service leave a strong impression on customers, it improves efficiency by cutting down on try-ons," said Chen Xiao, general manager of Great Reality Technology, which developed the image-processing tech used at the store. Chen added that Urban Revivo enjoys 20% to 30% higher sales as a proportion of rent compared with other stores.

The startup, which was only founded in May 2018, has begun to propose plans for stores with digitally tagged clothing and unmanned checkout to clients. It has formed basic agreements with Urban Revivo franchisees to open about 20 stores and is in the process of choosing locations, Chen said. Moreover, the company is in talks to offer its technology and services to other apparel players, rushing into commercial operation at a rapid clip. CloudPick, founded in July 2017, has also quickly brought image-recognition technology to its convenience stores. At one location in Shanghai's Hongqiao Airport, shoppers need only present a QR code on their phone when they enter. The store's ceiling-mounted cameras watch where they go and what shelves they pick items from, and when they leave with their purchases, the bill is paid automatically through Tencent Holdings' WeChat Pay.

Errors in the payment process occur at a rate of 0.1%, said Rosie Zhang, a senior vice president at CloudPick. The company is working on technology to detect people behaving suspiciously in its stores, Zhang added.

In the past, some Chinese startups would draft a number of sometimes dubious business plans, then focus on soliciting investment, with some eyeing on an exit strategy. But now, as the country's fundraising prospects darken, players like Great Reality Technology and CloudPick with barely a year or two under their belts are instead rushing to get off the ground and generate income.

The downturn appears to reflect the slowing Chinese economy and weak share prices of Chinese startups that listed in the first half of 2019 or before. Under the circumstances, regardless of their actual capabilities, little-known startups that fail to show results quickly will have little choice but to give up on market fundraising.

Startups "have begun to recognize how crucial it is to increase income, and are working to revise their business models," said Mitsuhiko Hatano, who works supporting innovative businesses at the Chinese arm of Japan's Mizuho Bank.