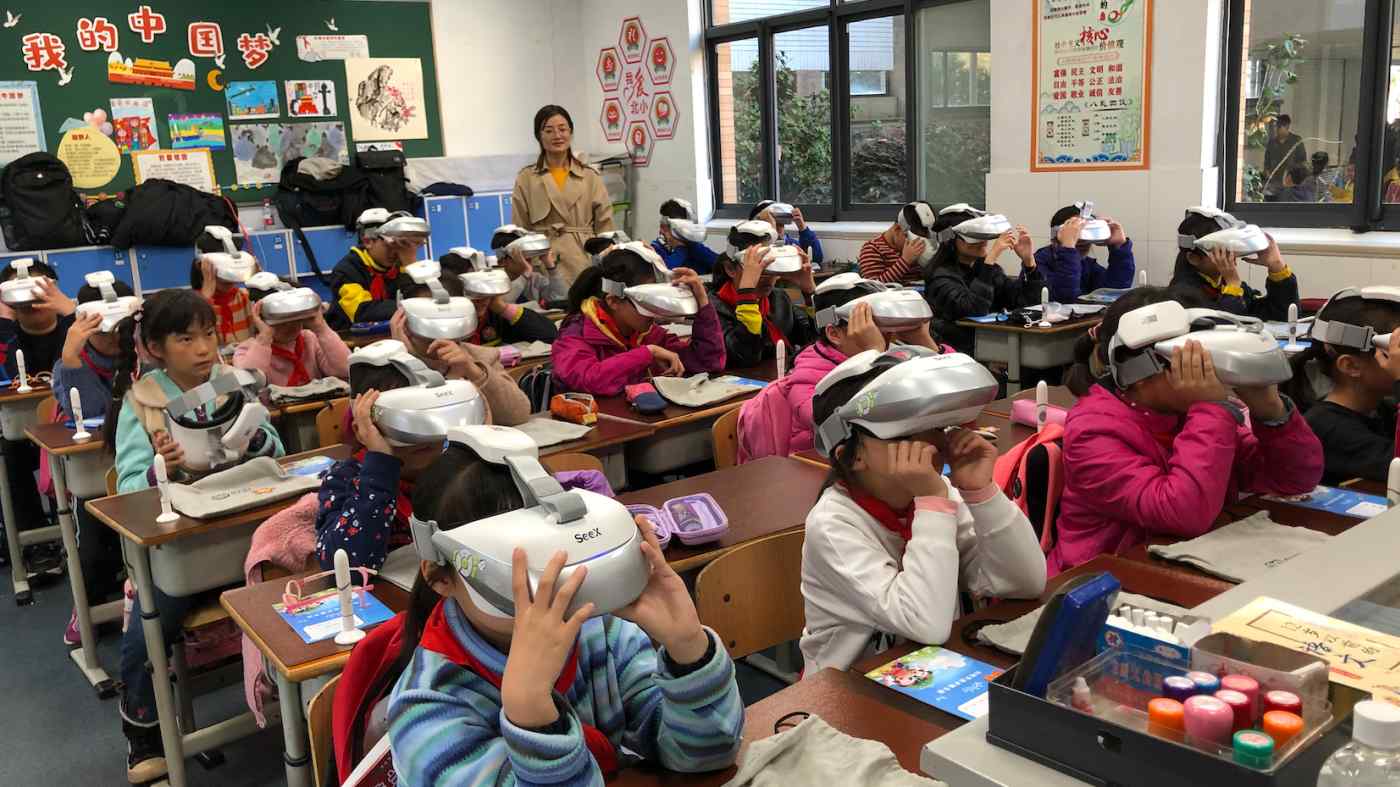 BEIJING -- The OO Eyetech ophthalmic diagnostic system has been in the spotlight recently, after early results from deployment at 200 elementary and junior-high schools in China showed an excellent ability to detect the early stages of myopia.

The system, developed by Xingchen Wanyou Technology, is an artificial intelligence based solution.

Xingchen Wanyou has received about 10 million yuan ($1.3 million) in investment capital from Foxconn, the major electronics manufacturing service company affiliated with Hon Hai Precision Industry of Taiwan, which makes products for Apple of the U.S., among others. It was the second investment by Foxconn in the Chinese startup.

Xingchen Wanyou plans to use the funds for research and development of OO Eyetech and related smart medical equipment. Foxconn will also support the firm in R&D, supply chain and production resources.

The startup was founded by Su Zhenyu, a former engineer at Chinese Academy of Sciences, which has produced many unicorn entrepreneurs. The company provides AI-driven solutions to prevent the worsening of myopia, consisting of a system to collect vision data for diagnosis, real-time measurement and analysis of vision, and training for restoring vision.

Su, who is also the CEO of the company, said his firm developed the second-generation AI medical system, which is capable of making diagnoses as well as a human doctor, by improving a conventional AI-assisted medical system that isused as supplementary equipment by hospital doctors diagnosing vision problems.

The OO Eyetech system offers fully automatic diagnoses, including determining whether a patient has myopia and the possibility of the myopia worsening. That was made possible by incorporating existing medical equipment for ophthalmic diagnosis into an internet of things system. Measurement data, such as vision, axial length and funduscopic examination outcomes, is uploaded to a cloud database, and the system analyzes it in real time.

Conventionally, myopia is diagnosed and treated at a hospital after the patient becomes aware of the trouble. The OO Eyetech solution enables preemptive treatment of myopia by diagnosing it at an early stage.

Su said: "In the case of young people, more than 90% of them become nearsighted due to the abuse of their eyes. Furthermore, as their vision worsens slowly, it is hard for them to become aware of the problem by themselves. Only after they have difficulty reading letters on a blackboard, they come to hospital and have their eyesight tested. By that time, they often are suffering genuine myopia, which is impossible to cure. We aim to create a model of myopia progression by utilizing big data and AI algorithms and thereby intervene and provide treatment before young people's vision deteriorates to an incurable level. Curing an illness before one becomes aware of it is our idea. By thoroughly preventing the progress of myopia, children can live without wearing glasses."

In recent years, halting the progress of myopia has been drawing attention as a business opportunity in China and elsewhere. OO Eyetech meets such needs, Su said. Schools, households, opticians and medical checkup centers, among others, can achieve the same effectiveness as hospitals by adopting the system in the form of a smart terminal that offers a one-stop solution covering vision testing for groups of people, AI analysis and diagnosis, therapeutic intervention to prevent myopia progress, and data tracing, he said.

Su also said that in an attempt to commercialize the smart diagnostic terminal, his company has solved a series of technical problems by collecting sufficient ophthalmic data in cooperation with ophthalmologists. He also said that his company, together with a team of experts at Peking University's high-performance computing center, is devising new AI algorithms. The company is also working on a hardware system jointly with Foxconn, he added.

Since the OO Eyetech system was commercialized in early 2019, more than 200 elementary and junior-high schools in China have introduced the system, with the government shouldering the several million yuan costs, according to Su. The percentage of students with bad eyesight after the system had been in use for an average of two months fell below 20% on average. This is 20 times better than the target set by China's Ministry of Education. This year, Xingchen Wanyou intends to quickly deploy the system by pressing ahead with partnerships with regional agents.