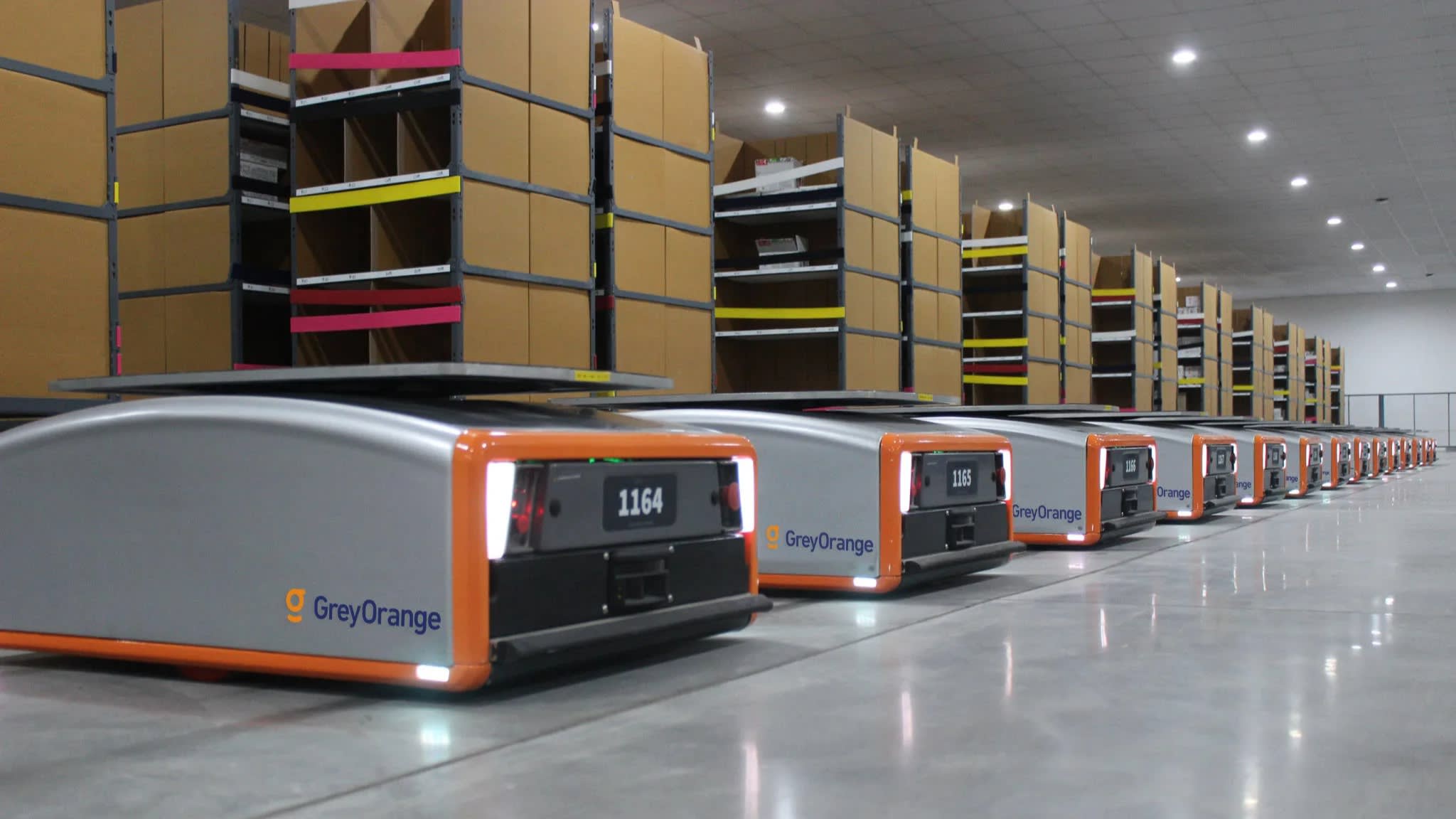 Butler robots, made by India's GreyOrange, are used in warehouses operated by Japanese furniture seller Nitori. (Photo courtesy of GreyOrange)

OSAKA -- Startups from China and India have deployed their warehouse robots in Japan, where a labor shortage has stretched the logistics sector's ability to keep up with online shopping growth.

The startup aims to land orders for roughly 200 robots in fiscal 2019, mostly from e-commerce fulfillment centers. The company says its roving shelf carriers reduce the number of employees needed for picking -- retrieving products to fill orders -- to as little as one-quarter.

Meanwhile, India's GreyOrange is teaming with Japanese partners to market its Butler robot across the country.

The two are competing against Japanese companies such as Daifuku that supply warehouse automation equipment. Those manufacturers focus on conveyor belts and other fixed devices, which can complete tasks faster than robots at large warehouses.

But Quicktron's robots can be deployed without the need for major remodeling. The devices also cost two-thirds to half as much as fixed machines, and it takes about 50% less time to adopt them, the company says. When directed, a Quicktron robot goes beneath a movable shelf containing the desired products and takes the shelf to the human order picker. The robot returns the shelf to the holding area once the picker selects the products. This arrangement eliminates the need for employees to make frequent trips to shelves.

Artificial intelligence detects which robot is nearest the shelf containing the requested product and assigns the robot to the task.

Quicktron has sold about 5,000 logistics robots since its founding in 2014, including 700 to Alibaba. The machines go through an intense workout during the Singles Day shopping event in November, China's answer to Cyber Monday in the U.S.

GreyOrange will sell its Butler robots in Japan through distributors including Daiwa House Industry, a developer of logistics facilities. Furniture seller Nitori Holdings already uses the robot, and a warehouse near Tokyo operated by a machine tool wholesaler is due to receive about 70 Butlers this fall.

China's Geek+, which has operated in Japan since 2017, has supplied warehouse robots to the apparel and other industries.

The figure, which includes overseas operations by domestic companies, represents an 89.1% increase from 2017. Despite the persistent labor shortage, the e-commerce market continues to grow, amplifying the demand for labor-saving technology.