Development model of research in U.S. and testing in China has failed to work 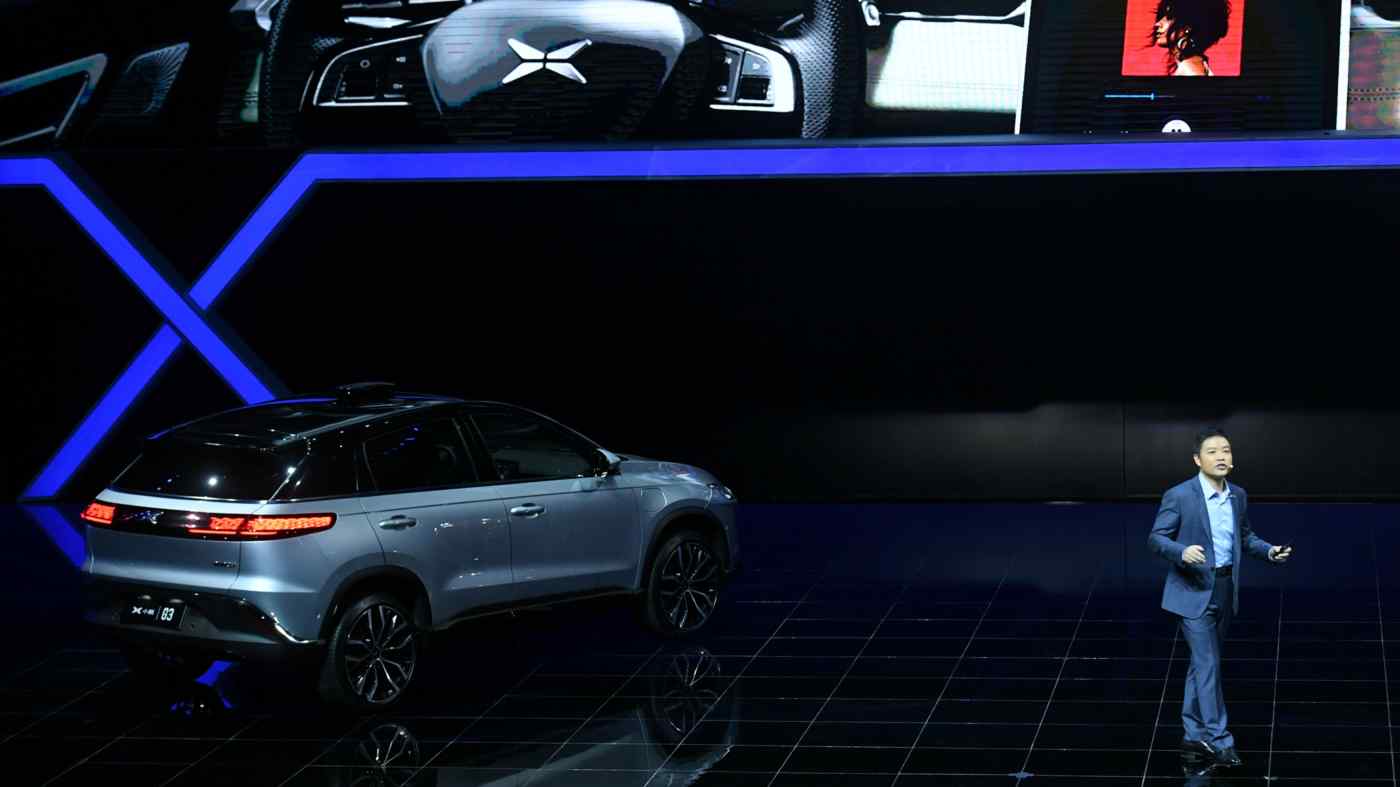 BEIJING -- A Silicon Valley hiring spree among Chinese electric vehicle manufacturers appears to have come to an end, as a number of executives employed to lead the startups' U.S. development are quitting.

Most Chinese electric car newcomers have adopted a development approach based on research in the U.S. and testing in China. But the ongoing talent exodus may signal the model's failure.

Among the high-profile executive departures are Gu Junli, who stepped down as vice president of Xpeng Motors; Padmasree Warrior, who departed as CEO of rising carmaker NIO's U.S. operations; and Carsten Breitfeld, who left as CEO of Byton, the company he co-founded.

Gu is reputed to be an expert in machine learning and was once thought to be a confidant of Tesla CEO Elon Musk. Gu was a key Tesla autopilot engineer when poached by Xpeng to head up its self-driving technology unit in Silicon Valley.

Warrior served in senior executive positions at both Motorola and Cisco before joining NIO. Breitfeld was a BMW veteran before Byton, which has its North American headquarters, in charge of developing autonomous driving and other technologies, based in Silicon Valley.

When Tesla made a splashy foray into the auto industry as a scrappy startup, Silicon Valley was beginning to see its new future as the epicenter of the electric car revolution.

Paul Saffo, a famous futurist and Stanford University professor, was then saying that Silicon Valley was redefining the concept of the automobile.

The heartland of the high-tech economy and information society started attracting electric cars technologies and talent from all over the world.

In a 2019 interview with Bloomberg, Martin Eberhard, a co-founder of Tesla, said, "If you can sell a car in China with enough Western shine on it, you can get 30% more for the exact same car." Chinese startups can do this by founding companies in Silicon Valley and hiring engineers from Western carmakers, he said.

More than 100 former Tesla employees were working at NIO in early 2019, according to data gathered from LinkedIn, the business and employment-oriented social networking service.

While recruiting a legion of Silicon Valley talent, Chinese electric cars startups also beefed up their financial muscle. They raised some $6.4 billion from venture capital investors in 2018, according to PitchBook, a U.S. research company.

But their expanded talent pools and money appear to have obscured the risks involved in their rapid growth.

As they were venture capitalist darlings, Chinese electric cars startups could afford to pay such huge salaries. But as their financial standing has become shaky, they have started reviewing the need to keep such high-paid foreign executives on their boards.

In 2018, WM Motor opened an office in Silicon Valley. WM Motor CEO Shen Hui then said that locating R&D facilities in the U.S. was the correct strategy. But the process of developing products for the Chinese market had to be based in China, he said, citing differences in road traffic infrastructure and driving practices between the two countries.

In other words, the new approach envisioned by WM at that time was designed to do basic R&D in the U.S. and develop market-ready products in China. It was envisioned as a formula to combine the best of the two markets.

Initially, WM's North American team was tasked with developing hardware and software for autonomous driving and related in-car systems. Much of the hardware based on the European standards was manufactured in the U.S.

After the company launched new models, however, it became clear that their in-vehicle systems were not suitable for the China's car culture.

In addition, distances and time differences between China and the U.S. hampered crucial procedures such as comprehensive technology testing and fixing glitches.

Moreover, the U.S. emphasis on work-life balance made it difficult for the North American team to keep up with the fast pace of work at the Chinese unit, creating a culture-related problem for the Chinese startup.

And while top tech hires from Silicon Valley helped Chinese electric cars makers quickly acquire the technological prowess required to be competitive players in the fast-growing and rapidly evolving industry, the makers underestimated the amount of money and time required to manufacture automobiles and develop autonomous driving technology.

Now that increased difficulty in raising fresh capital has combined with the coronavirus pandemic making the environment unexpectedly tougher for all kinds of businesses, Chinese electric cars startups are facing the urgent need to prune their R&D spending overseas and shift those operations to China as part of cost-cutting efforts.

It is becoming increasingly difficult for companies that have long struggled to generate profits to retain their Silicon Valley hires.

Self-driving technology will remain the core of the new electric cars makers' competitive edge. But these companies apparently need to find ways to climb up the technology ladder without depending on human resources purchased from abroad with tons of cash.