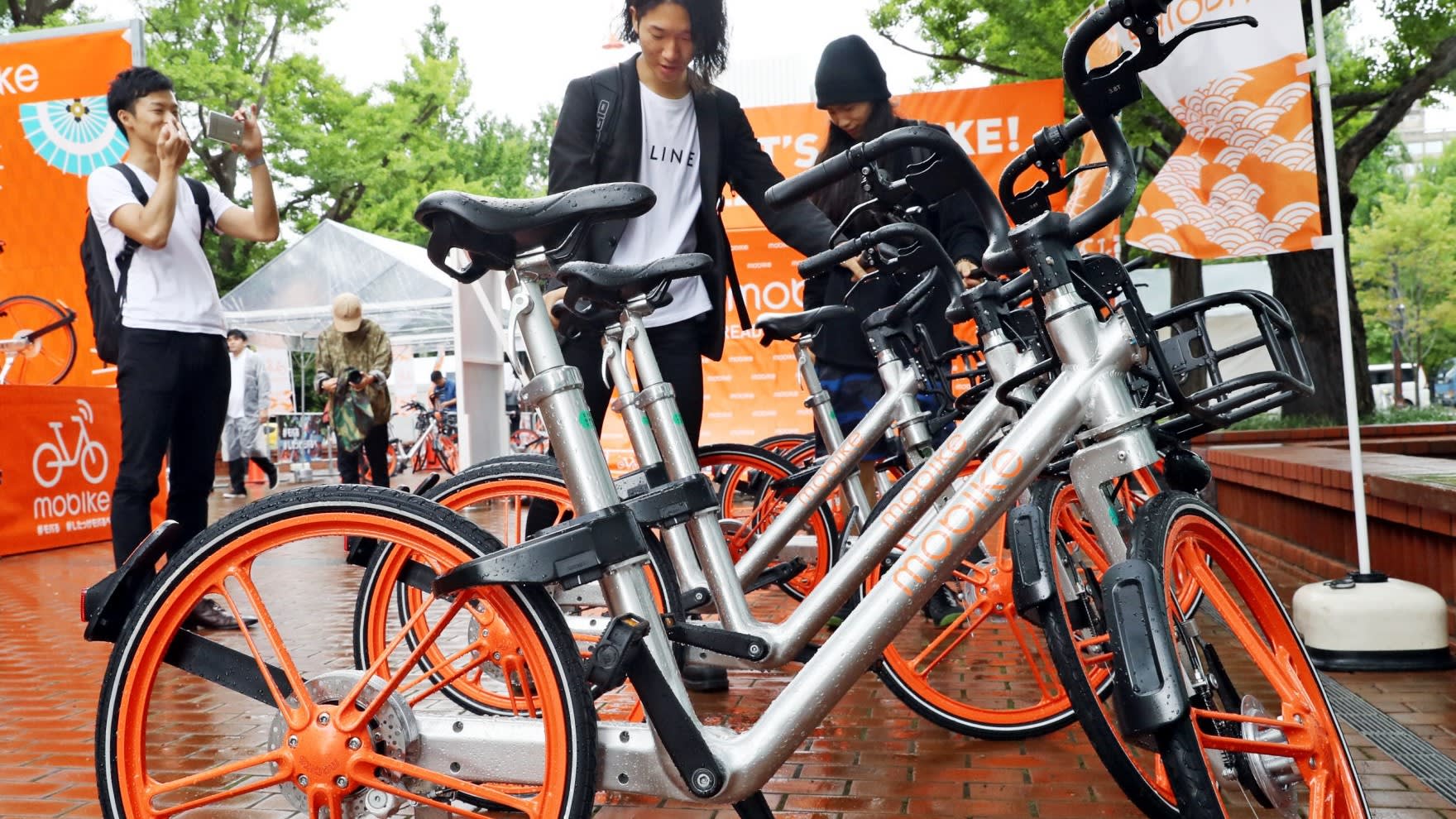 TOKYO -- China's biggest ride-hailing company, DiDi Chuxing, is struggling in Japan and has to cut back on operations after its high-profile entry in 2018 and subsequent expansion.

The problems of the Beijing-based company can be traced to barriers in Japan that are also affecting other Chinese sharing services.

DiDi halted service in ten prefectures from July in a bid to trim losses by focusing on more profitable areas, including Tokyo and 13 other prefectures.

"We have stopped our expansion plan, which focused on a wide service area," said Yoshiyuki Sekiguchi, spokesperson for DiDi Mobility Japan. "We select some cities and focus on them."

The company has expanded its presence on the back of an app that can be used by travelers from China without any modifications, making it attractive to taxi operators. But Chinese and other inbound tourists account for only 20% of demand, according to Sekiguchi. The company lured users partly through promotional campaigns such as discount coupons.

Fees from taxi operators, based on a percentage of each fare, are its main source of earnings. But more users means more marketing expenditures.

The company's expansion plans have also been thwarted by the coronavirus pandemic, as more people stay home causing taxi usage to plummet. In addition to fewer service areas, DiDi will soon charge users an app usage fee, which could see DiDi customers looking for other services. DiDi has been promoting discount coupons to enhance name recognition in Japan, like these DiDi workers in July 2019.

DiDi is a massive "unicorn," a startup valued at more than $1 billion. According CB Insights, the company is valued a $56 billion, the second-largest startup valuation in the world.

A question is what has drawn such a blue-chip company into trouble in Japan.

In China, DiDi has grown rapidly on its artificial intelligence-based service of quickly hailing cabs. In 2015, when ride-hailing apps first emerged, taxis were in short supply due to government limits on the number of taxis on the road. As the use of the apps gained traction, taxi use skyrocketed.

In Japan, many people call cabs by phoning a call center, which has slowed demand for ride-hailing apps. "Ride-sharing is still recognized as expensive in Japan, unlike most parts of the world," Sekiguchi explained.

Regulations also have forced DiDi to narrow its business in Japan. Ride-sharing allows a person with a commercial driver's license to carry persons for a fee in China using private cars. But this is banned in Japan.

Unlicensed cabs used to be strictly regulated in China. But the government "flexibly reviews regulations if there are social needs" for changes, said Tomoo Marukawa, professor at the Institute of Social Science of the University of Tokyo.

Local governments in China have worked out regulations for unlicensed taxis. Comparatively laxer than in Japan, the arrangement has made ride-hailing ubiquitous in China. Mobike, a Chinese bicycle-sharing service, also hit a regulatory wall in Japan, despite its obvious appeal. The startup entered the Japanese market in 2017 in Sapporo and Fukuoka. It even had Line, a Tokyo-based mobile app and internet service company, investing in its Japanese subsidiary.

But Japan's onerous laws banning bicycle parking on public roads derailed the startup, which had attracted many users in China with its easy ride-it-and-leave-it policy. Mobike was forced into time-consuming negotiations with convenience stores, local governments and others to alleviate concerns about where bikes could be left.

The details proved too much, forcing Mobike to leave the Japanese market in 2019. Its departure was proceeded by Ofo, another Chinese bike-share, which had to ditch the country in 2018.

Chinese sharing services have faced problems in other countries. DiDi has made inroads in Australia, Mexico and Brazil but is struggling with local rivals. Although Ofo is now found in about 20 countries, it has been forced to retreat from many because it failed to catch on.

Chinese sharing services have tried to export their homegrown business model to other countries without first taking into account local needs and regulations -- another barrier to success. In future, they may need to see what exactly went wrong overseas if they really are serious about growing internationally.