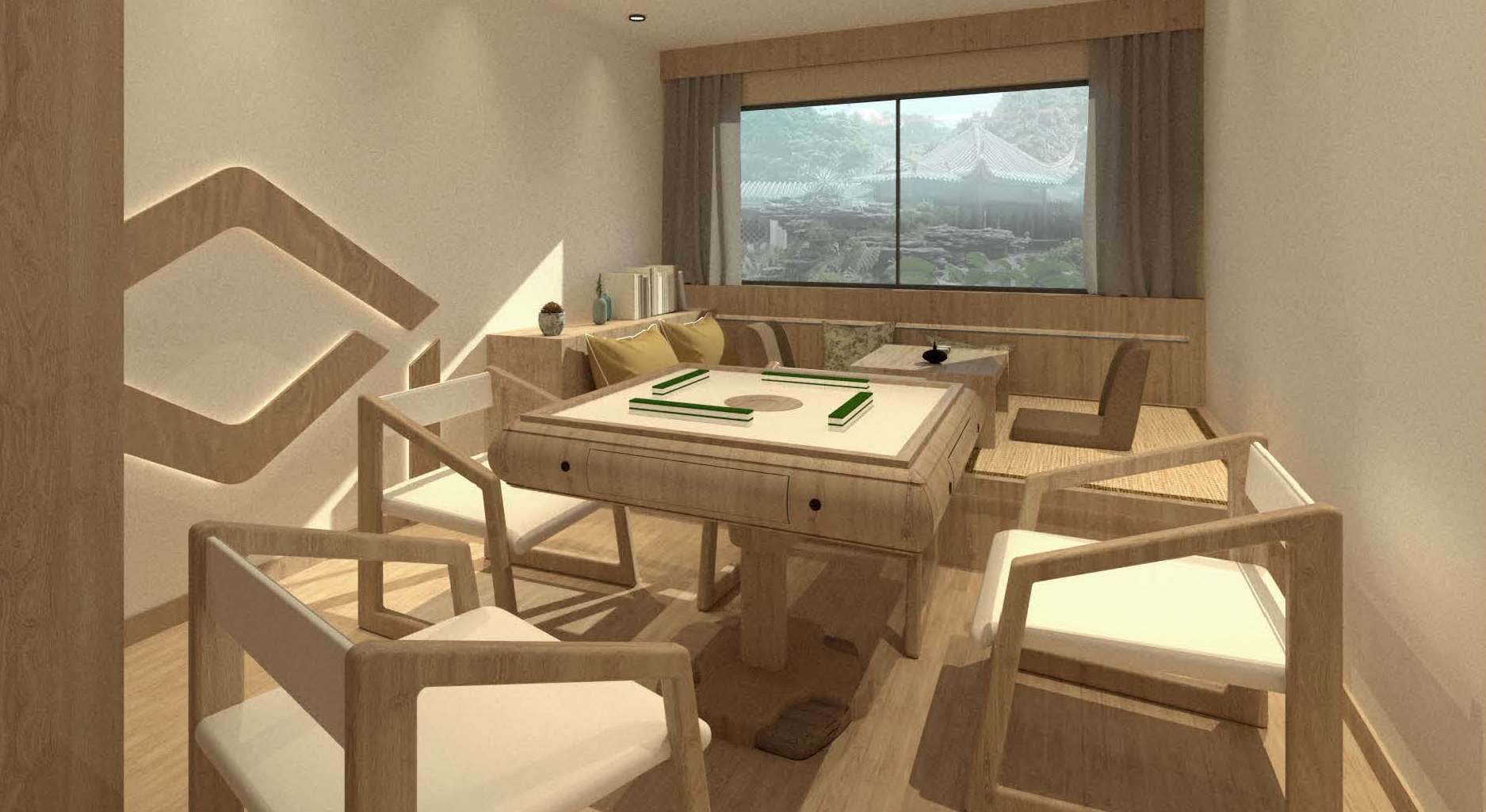 SpaceBox renovates hotel rooms so they can be used for purposes other than sleeping. (Photo courtesy of SpaceBox)

BEIJING -- A Chinese startup that helps hotel owners attract young people is expected to accelerate its growth now that it has raised a total of 50 million yuan ($7.08 million) in venture capital.

Founded in April 2017, SpaceBox renovates privately operated hotels, then markets rooms to young people who are looking for space they can rent on an hourly basis to study, play video games on a big-screen TV or chill out with friends.

At the end of last year, SpaceBox had contracted with over 30 hotels and had an inventory of more than 1,000 rooms in Beijing, Shanghai and other major cities. All of its hotels are already operating in the black, founder and CEO Yan Chengfeng said.

The chain has been expanding at a monthly pace of 500 rooms since the end of 2018.

SpaceBox works with hotels that have at least 30 rooms and are near schools or in commercial districts. It has 400,000 registered users, many of whom are younger than 25 and more than 60% of whom are repeat customers. It receives over 90% of its reservations through its official social network accounts.

SpaceBox's business model is to renovate hotel rooms so they can be used for purposes other than sleeping and can attract several paying guests throughout the day. In addition, it replaces first-floor reception areas with halls and facilities that can be rented out to businesses.

CEO Yan began testing the business model by leasing rooms in private homes. During the trial, revenue per available room came to 200 yuan to 300 yuan, much higher than the 100 yuan that an average budget hotel earns.

SpaceBox has hired a construction team and built a supply chain that allows it to renovate an entire hotel in 30 days at a cost of 10,000 yuan to 25,000 yuan per room, according to the startup.

It uses an automated check-in system that frees up first-floor space to be rented out to restaurants and retail shops.

One manager handles two to three hotels, keeping tabs on management data and service quality. SpaceBox lets each franchisee hire their own linen, cleaning and other services, though it screens each provider and requires them to meet certain standards.

SpaceBox also requires franchisees to adopt its proprietary property management and central reservation systems. The PMS can adjust rates based on what nearby hotels are charging, monitor the automated check-in system and page security guards.

These systems have allowed SpaceBox to reduce personnel expenses by 20%.

The startup is now testing a business model that combines coworking space and lodging facilities.