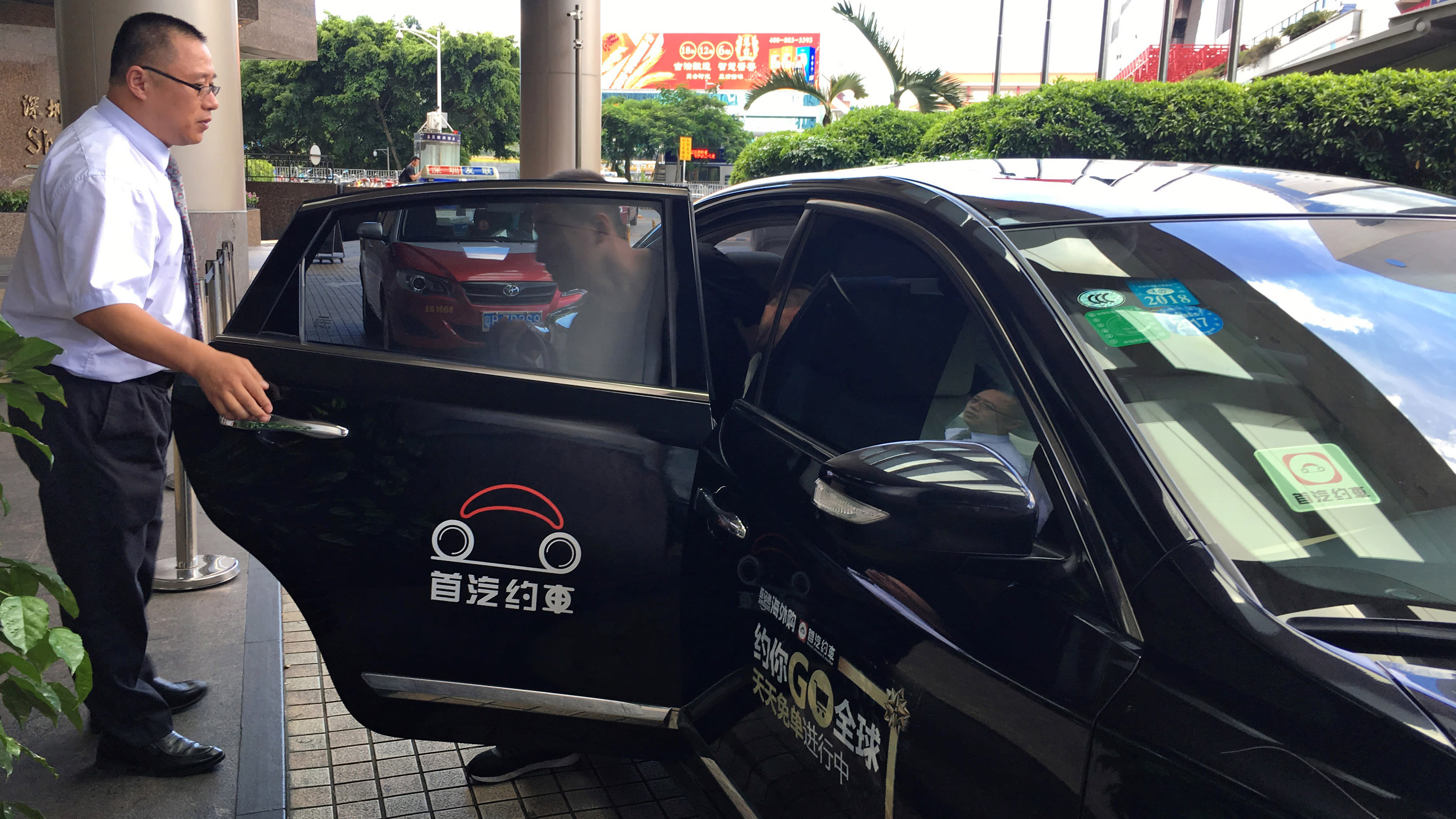 BEIJING -- Only a year ago, ride-hailing company Didi Chuxing's dominance of China's domestic market seemed impenetrable and few thought its position could ever be challenged.

After years of burning through cash, the company, which is backed by Softbank, Alibaba Group Holding and Tencent Holdings, claimed more than 95% of the total orders of riders after beating out domestic rivals and its acquisition of Uber Technologies' Chinese operations in 2016. But two fatal accidents last year involving Didi's passengers put an abrupt end to its momentum and prompted authorities to tighten industry regulations.

As Didi scrambled to quell public outrage with an overhaul of its business, the unit of state-owned Shouqi Group quietly poached some of Didi's important customers.

Business executives are often seen in the back seats of Shouyue vehicles on the company's home turf of Beijing. It also drives around high-level officials and foreign diplomats during major events in the capital. Its access to affluent clients has enabled Shouyue to quickly expand its market share in the country to about 8%, according to CEO Wei Dong. Chief Executive Wei Dong Wei says Shouyue will reach a valuation of 10 billion yuan ($1.4 billion) when it completes its current round of fundraising at the end of the year. (Photo by Nikki Sun)

Shouyue was founded in 2015 and enjoys lucrative contracts with governments and large companies. Shouqi Group, its corporate parent and biggest shareholder, already operates taxis in Beijing and luxurious vehicles for receiving state leaders and diplomats.

In addition to Shouqi, Shouyue has received funding from private investors, including internet giant Baidu and electric vehicle startup Nio.

One of the factors that makes it unusual is that, unlike most startups in the ride-sharing industry, Shouyue is on course to turn an operational profit by the end of this year. Didi, by comparison, reported a $1.6 billion loss last year. 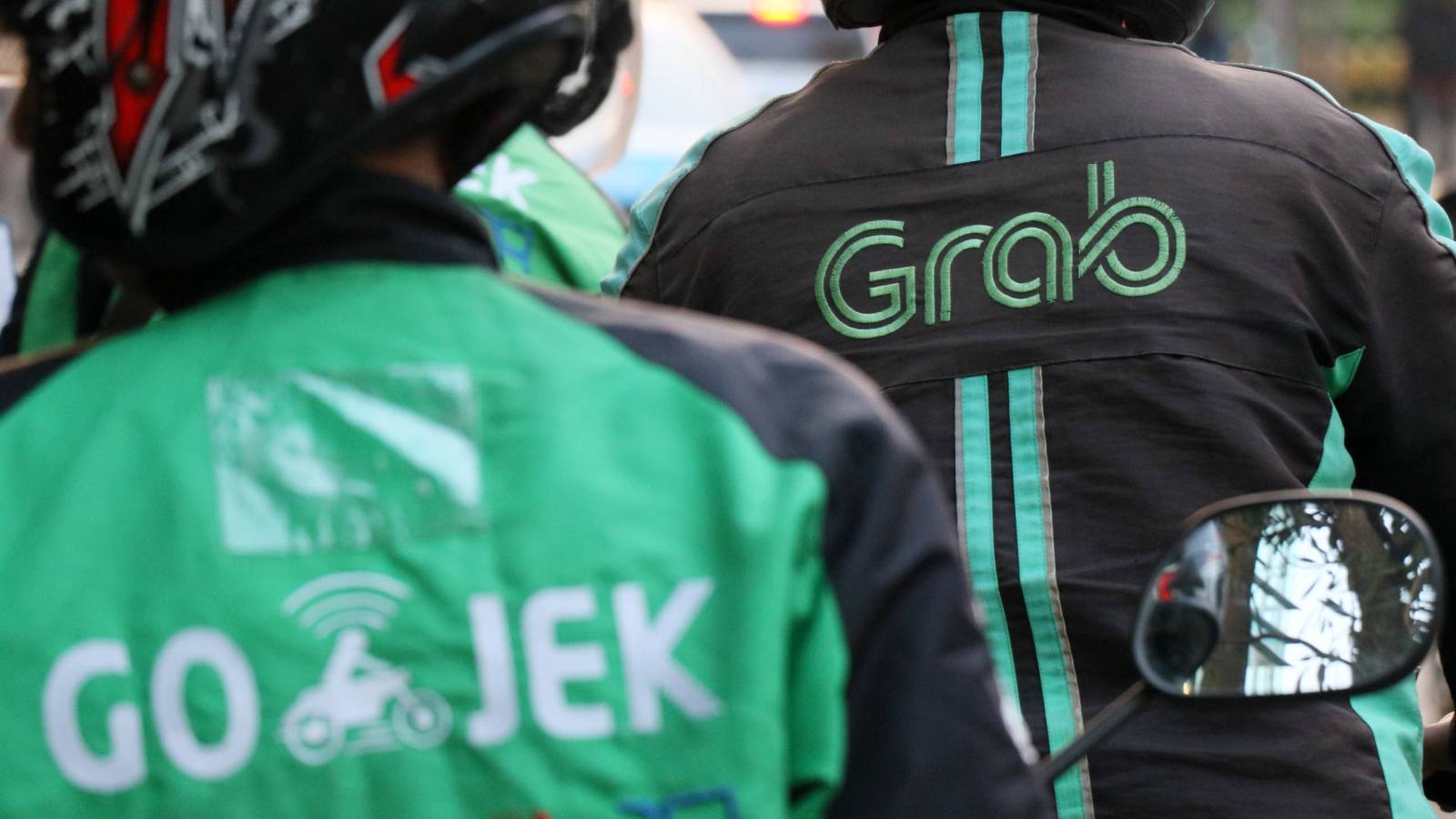 "When the industry becomes more rational and companies don't compete only on price, players who provide quality services will benefit," Wei said in an interview with the Nikkei Asian Review at its Beijing headquarters, adding that subsidies for passengers and drivers prevent competing businesses from thriving in the long-term.

Shouyue has a fleet of 700,000 registered vehicles, mostly in China's primary urban hubs and second-tier cities. About 10,000 are operated directly by the company with its own drivers.

A ride on Shouyue costs about 20% to 30% more than Didi's service, and most of its vehicles are equipped with air fresheners, bottled water and USB charging cables. In addition to individual passengers, Shouyue also provides services for workers at technology companies and financial institutions on a contract basis.

The high-end positioning has enabled Shouyue to quickly achieve profitability in Shanghai and Shenzhen. By contrast, most of the world's ride-hailing companies are nowhere close to making a profit. In the second quarter alone, Uber lost $5.2 billion, while Lyft lost $644 million. Shouyue's early turnaround also paves the way for its future initial public offering. Most ride-hailing companies, coping with giant losses, are struggling to boost their valuations.

Masayoshi Son, the chief executive of Softbank, which has been hurt by the falling value of some of its tech investments such as WeWork which postponed its IPO this week, said in March that the Japanese conglomerate would commit another $1.5 billion to Didi in its latest funding round. The Wall Street Journal recently reported that Didi has delayed its IPO from this year to "at least next year."

Wei predicts that as the market becomes more mature and regulated, Didi's near-monopoly will not last. He is counting on Shouyue to increase its market share to between 20% and 30% in 20 top cities in China over the next few years. A spokesperson for Didi declined to comment.

But analysts say that the startup could face greater challenges as it expands into the mass market. Shouyue's high standards have earned it a good reputation, they say, but that also limits its ability to expand. Shouyue takes about 1.5 million orders a day, less than 10% of Didi's.

"It's very difficult for Shouyue to compete with Didi in the lower-tier cities," Feng Linyan, an analyst at Beijing-based research firm EqualOcean, told Nikkei. "Yes, there are people who value the service and quality, but a lot more people prioritize speed when it comes to ride-hailing." She noted that passengers in China's lower-tier cities have to wait longer to get a Shouyue car because of its smaller fleet size.

Nonetheless, investors and industry observers note Shouyue's ability to adjust to the tightening regulatory environment, which is considered to be the biggest challenge in China's $30 billion annual ride-hailing market.

Despite Didi's network of tens of millions of cars, a large number of them do not have the required permits from local authorities to operate ride-sharing vehicles. A check by Shanghai authorities in August found that about 82% of the unlicensed vehicles were registered by Didi. Shanghai's regulator fined Didi 200,000 yuan ($28,250) in addition to a 5.5 million yuan fine in July.

Shouyue, by contrast, has been strict on compliance since it began operations, partly due to its state-backed background.

Wei says the company will reach a valuation of 10 billion yuan when it completes its current round of fundraising at the end of the year. The company has raised 1.52 billion yuan in three rounds of funding.

"While Didi has first-mover advantage, we believe companies like Shouyue still have big potential," Zhang of NIO Capital said, citing its large fleet of licensed vehicles. He said that Shouyue also can benefit from the resources of its parent company.

Since the deaths of two of Didi's passengers, the government has tightened law enforcement on regulations, limiting private drivers from conducting ride-hailing services. The number of Didi's drivers in Beijing and Shanghai fell sharply after authorities said that only local drivers could conduct ride-sharing businesses.

That move caught the highly unregulated industry off guard.

There were only 170,000 licensed vehicles nationwide as of July 2018, accounting for 0.54% of the total, and only 1.1% of the drivers are eligible for conducting ride-hailing services, according to research conducted by the China Academy of Information and Communications Technology.

A spokesperson at Shouyue said it has obtained qualification to conduct ride-hailing businesses in 81 cities, and a majority of its operational cars are secured with licenses.

Wei says the company's priority is to maintain its service quality as it adds more franchised cars to its network.

"What we are looking for is steady development. Even if we are able to achieve fast growth for registered cars, we don't believe the service quality can catch up," he said, adding that he expects the company's growth to slow in the coming year.

"The internet has changed the way how transactions are processed, but it won't change the business itself," he said. "Service quality and safety are still the core."