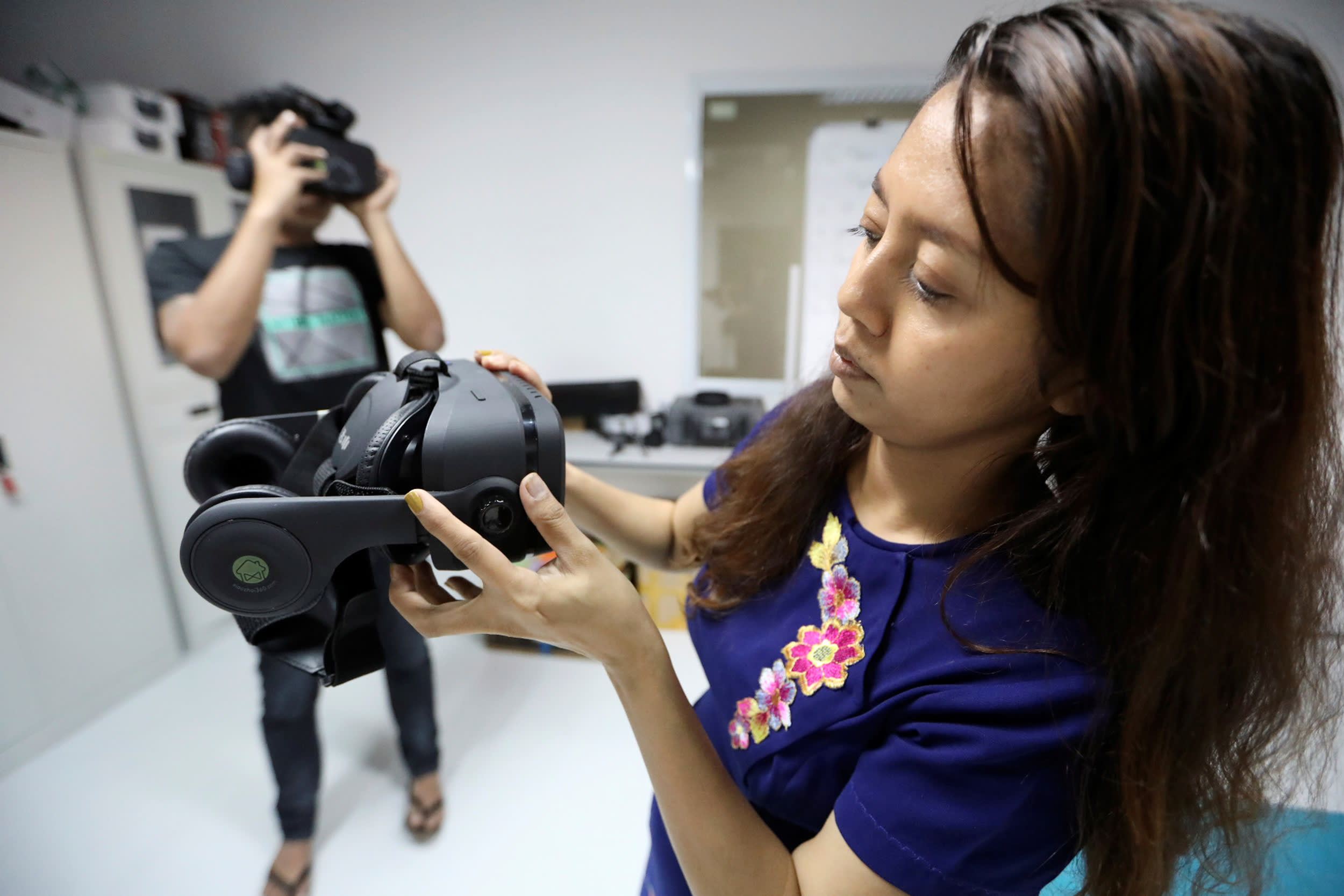 YANGON -- After studying at Harvard University and learning the art of starting a business in Silicon Valley, Hla Hla Win took her experience home to Myanmar, founding a company that uses augmented reality to improve education in some of the world's least-developed places.

360ed was established in 2016 and first brought products to market last year. It aims to transform pedagogy in the developing world via technology. Pointing a smartphone at a horse on one of its flashcards, for example, lets the student view and manipulate a 3D horse on-screen.

"Public school textbooks only have text and black-and-white pictures, which do not interest the student," Hla Hla Win says. The lineup includes interactive biology and chemistry flashcards for high school students and English flashcards for children. Overall, 360ed has sold 20,000 sets.

The company has marketed its products in Indonesia and the Philippines since 2018, aiming to expand into Malaysia and Africa. As soon as this year, the startup will offer flashcards at CD stores throughout Japan. Hla Hla Win of 360ed used her experience in the U.S. to build a startup back home in Myanmar. (Photo by Yuichi Nitta)

The spread of smartphones and improved telecommunications have lured talented emigrants from even some of the poorest developing countries back home to launch tech startups. Many such outfits copy businesses that have worked elsewhere, like online shopping. 360ed, by contrast, is a startup that uses groundbreaking technology to address homegrown needs and has developed business abroad.

Hishab, a microfinance system developer in Bangladesh, has traveled a similar path. Microcredit has taken off there, with Grameen Bank an established name in the field. But the business model depends on whether debtors can manage their finances.

The borrowers who operate microbusinesses are often unaccustomed to filling out account ledgers, however. Hishab's app manages accounts via voice input. It also corrects for stutters and rephrasings.

Zubair Ahmed, who cut his teeth in Japanese venture capital, founded Hishab to build an easy-to-use data management system. He tapped an engineering friend from college to develop the voice recognition machine learning that powers the app. The friend directs a team of four Bangladeshi engineers remotely from Germany.

Hishab decided in February to expand into neighboring Myanmar. It will launch the app on a trial basis for microbusinesses within the year. Hishab is enlisting the help of Linklusion, a Japanese-led data system developer based in Myanmar.

Funding remains a problem for the startups in the poorest countries, where capital markets are undeveloped and financial institutions underequipped to identify companies with growth potential. Even 360ed, which is developing its business abroad, has yet to receive a cross-border investment.

But for an internet-based startup with no need for stores or factories, massive amounts of cash are not needed. "Seeing examples of successes in other countries, a growing number of funds are paying attention to new markets like Myanmar," Goto says.