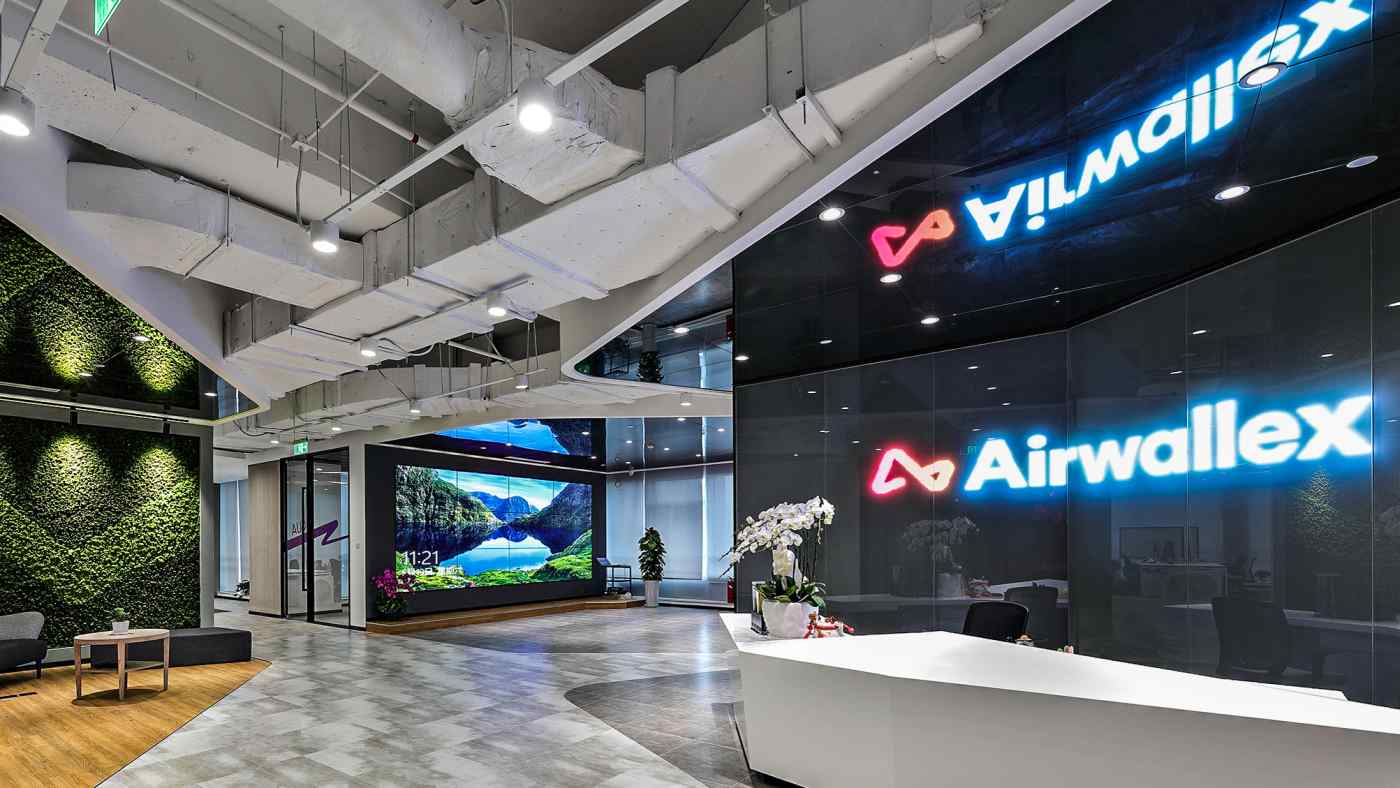 HONG KONG -- Airwallex, a Hong Kong-based fintech unicorn, has raised $160 million in a fresh round of funding, the largest amount of capital it has raised so far, to expand its global footprint and product offerings as it seeks acquisition opportunities in the payments sector.

The new funds pushed Airwallex's valuation to $1.8 billion and the total capital raised to more than $360 million. The cross-border payment startup joined the unicorn club after crossing the $1 billion valuation mark a year ago.

Founded in 2015, Airwallex provides foreign-exchange transactions at a lower cost than traditional banks to help internet companies, as well as small and mid-size enterprises, to collect and settle payments when conducting business overseas. An Airwallex booth at a trade show in Singapore last year. The company is preparing to launch its first payment card for business in partnership with Visa.   © Reuters

"The global shift to digital is imminent," Jack Zhang, CEO and co-founder of Airwallex, said in a statement on Thursday. "We envision a world in the not too distant future where all businesses will operate and conduct their affairs online, including banking."

The funding follows a year of "momentous growth," Airwallex said in the same statement. It has opened new offices in Tokyo and Bangalore, while exploring the Middle East market. While Asia-Pacific "continues to play a crucial role in the company's growth plans," it also will accelerate growth in Europe and the U.S., it said.

Airwallex also is preparing to launch its first payment card for businesses in partnership with Visa in key markets, including Hong Kong and the U.K., later this year. It will allow Airwallex account holders to pay overseas suppliers in various currencies in almost real time.

"Being able to transact and do business with customers all over the world is a key criterion for companies who are going through a digital transformation," Rob Keith, head of Australia at Salesforce Ventures, said in the statement.

Ron Spector, managing director of ANZi Ventures, said of the funding: "We look forward to working further with the team to support their vision of building a next-generation digital payments platform for [small and mid-size businesses] and enterprises globally."

Still, licensing and regulatory challenges remain an obstacle for Airwallex.

The startup saw $18.2 million of its funds frozen last year in Hong Kong over suspicions of money laundering transactions involving three companies using Airwallex as a platform. Airwallex said it was an innocent third party, and it has not faced any accusations by authorities. The company has applied for judicial review of the freezing order.