TOKYO -- Cross-border payment startups are rushing into Asia as deregulation of the sector has enabled online services to operate in the region, in a major threat to existing banks.

Among them, TransferWise, a U.K.-based online remittance company, will launch a debit card in Singapore in the next couple of months and in Japan next year. Founded in 2010, the company is valued at $3.5 billion, making it one of the most valuable unicorns -- private companies worth $1 billion or more -- in Europe.

TransferWise is not the only nonbank player to see opportunities in Asia. Singapore-based fintech startup InstaReM is expected to receive licenses in Japan and Indonesia within the year, while U.S.-based Remitly in August opened its largest office outside of the U.S. in Manila.

UK-based payment startup Revolut also sees opportunity in Asia. Nikolay Storonsky, CEO of Revolut, told Nikkei Asian Review in an interview last year that it would enter the Japanese market with plans to expand further in Asia. It appears that the company is now preparing to launch online payment services like remittance in Japan.

The company's core remittance service is used by foreign students and expats to send to and receive money from their home countries. The debit card is aimed at travelers and small businesses that use the service more frequently, for example, booking accommodation for business trips.

"The next question of our customer is, it's great that I can hold money with you but now I want to be able to spend it when traveling," said Venkatesh Saha, head of Asia-Pacific expansion at TransferWise in a recent interview with Nikkei Asian Review. 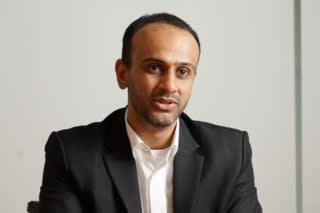 The company has 5 million users worldwide and makes $5 billion worth of transactions every month. In Asia and the Pacific region, the overall volume is "15 billion pounds ($18.5 billion) per year, and that has grown at about 50% year-on-year," said Saha.

He added that TransferWise has recently been awarded a license in Malaysia and is now "actively working toward launching our service there" by the end of the year. 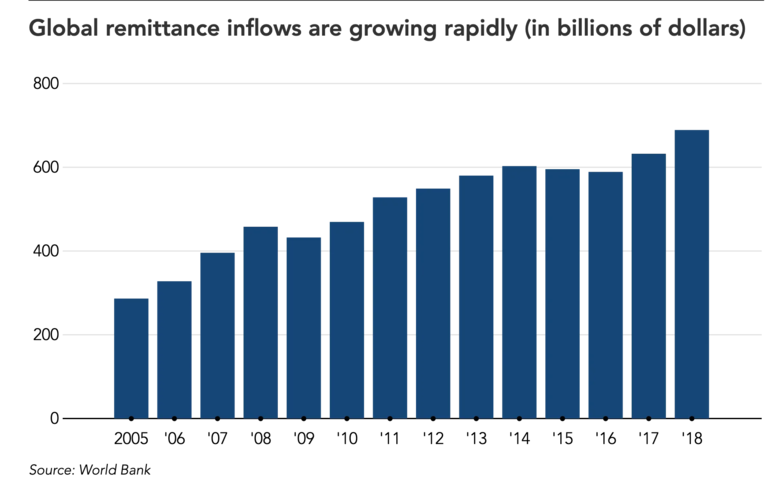 Yet, analysts see still more potential in Asia's remittance market. "Given that the economic dynamism is shifting to Asia and there will be more flows of people in the region, the trend of remittance in Asia will continue to grow," said Kaori Iwasaki, a senior economist at the Japan Research Institute.

Until recently, the remittance industry has been dominated by banks. But a wave of deregulation is fueling the rise of online services, which can offer lower exchange rates because they do not rely on physical bank branches and traditional systems. According to the World Bank, the global average cost of remittance decreased to 6.8% in 2019 from 10% in 2009.

The U.K. allowed TransferWise last year to become the first nonbank to join a national payment system. By cutting out intermediary banks, the company can transfer money instantly and lower processing costs. Saha also said TransferWise can now issue an account number for customers in the U.K.

Asian countries are catching up. Saha said that TransferWise obtained permission from Singapore authorities to connect to a national database and harness customers' data directly in the Know-Your-Customer process. "We hope this to be the example for other countries as well," said Saha.

Japan last year amended a money laundering act and allowed business operators to verify customers with documents online, instead of via mail. The country is also in discussions over allowing nonbank companies to handle remittances of over 1 million yen ($9,000) from mid-2021 at the earliest.

China is also planning to relax some restrictions. In July, local authorities announced that they would end ownership limits for foreign investors in its financial sector in 2020. "Now we are actually looking to see what the regulations would say, but we feel very optimistic based on the statement," said Saha.

Takane Hori, director of the Fintech Association of Japan, said competition has been increasing among remittance service providers. "Both banks and nonbank players are competing for each other by providing value-added services and lowering fees," said Hori.