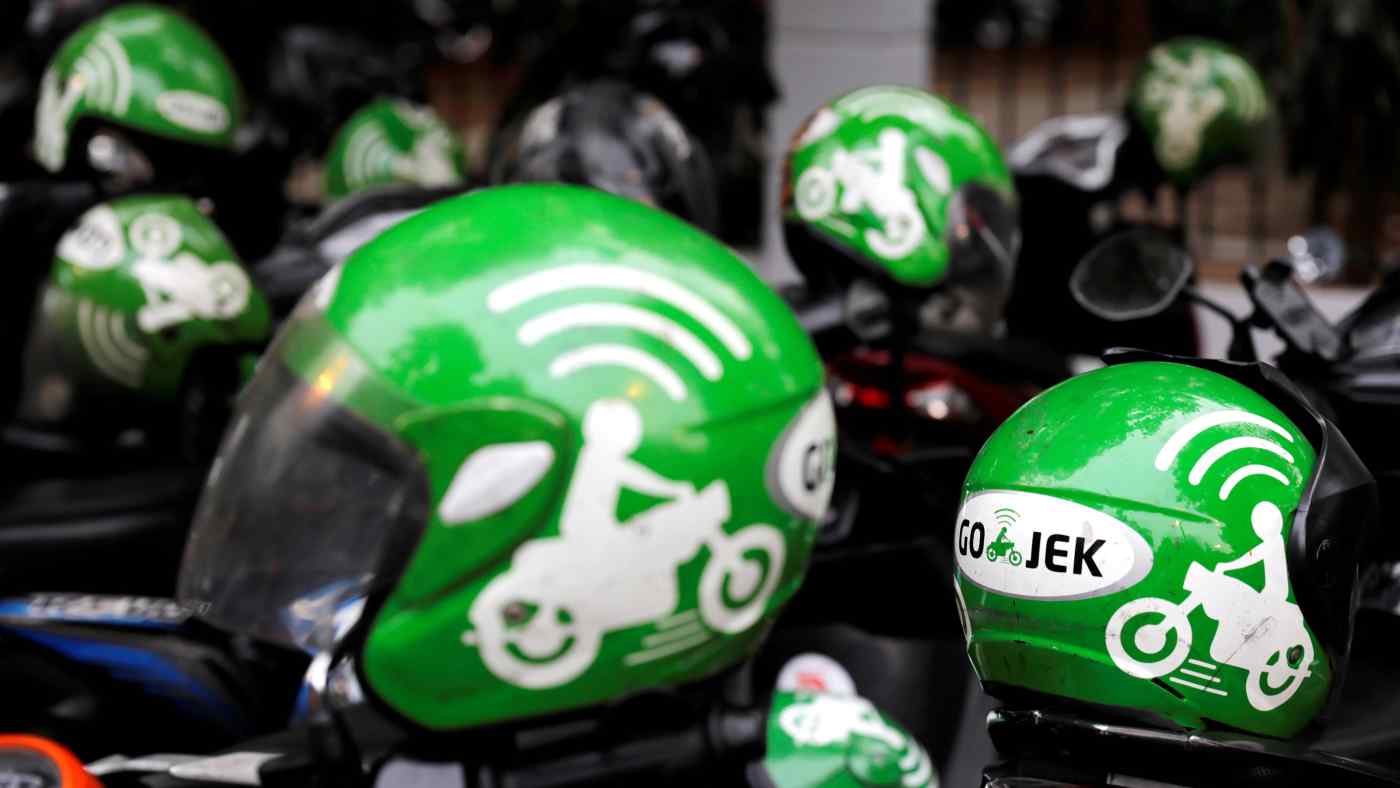 JAKARTA -- Indonesian ride-hailing and payments operator Gojek has secured an additional $1.2 billion in funding, giving it further ammunition in its ongoing battle with Singapore-based rival Grab.

The funding was closed last week as the coronavirus pandemic started to bear down on the economies of Indonesia and other Southeast Asian markets, according to an internal memo seen by the Nikkei Asian Review. This showed that despite global uncertainties from the pandemic, the Indonesian company continues to be an attractive investment opportunity.

The additional capital is believed to be part of its ongoing Series F funding round, in which Gojek was initially aiming to raise over $2 billion. The memo, sent by co-CEOs Kevin Aluwi and Andre Soelistyo, said that Indonesia's only decacorn -- private companies valued at over $10 billion -- has now raised "just under $3 billion," and it has "easily exceeded [its] target." Investor names were not included in the memo.

As part of its Series F, the company had raised $1 billion from existing investors including Google and Tencent Holdings in February last year. Since then, it has added new investors including Japan's Mitsubishi Motors and international payments company Visa.

"We're not stopping there as we are still seeing strong demand among the investment community to partner with us," the co-CEOs said in the memo said. "There are a number of exciting ongoing conversations that we will be able to update you on very soon." Previously, Amazon was reported to be in talks to invest in the company.

Gojek, which started off as a call center for bike taxis in Indonesia, has now become a digital platform for a range of services from payments to house cleaning. Since its early days, it has been in cut-throat competition with Grab across the region. The competition is at its fiercest in Indonesia, Southeast Asia's biggest market, with both companies competing not just in ride-hailing but also payments and food delivery.

Some investors that had grown weary of the cash-burning competition prodded both companies to hold "casual" merger talks, according to sources familiar with the matter. However, Gojek has said "there are no plans for any sort of merger." Gojek's ongoing fund raising seems to indicate that it is still willing to take Grab head-on and become Southeast Asia's dominant super-app on its own.

Even if the Indonesian company yields to investor pressure and ultimately decides on some form of a merger, additional capital would give it a stronger hand in any negotiation.

Still, Gojek's co-CEOs are bracing for a tougher time ahead for the company in light of the coronavirus outbreak.

"Good businesses like ours will always attract investment, but as the economic slowdown takes hold, the availability of that investment will be reduced," they said. "So we should focus every dollar where we think it will make the most impact and not take our resources for granted."