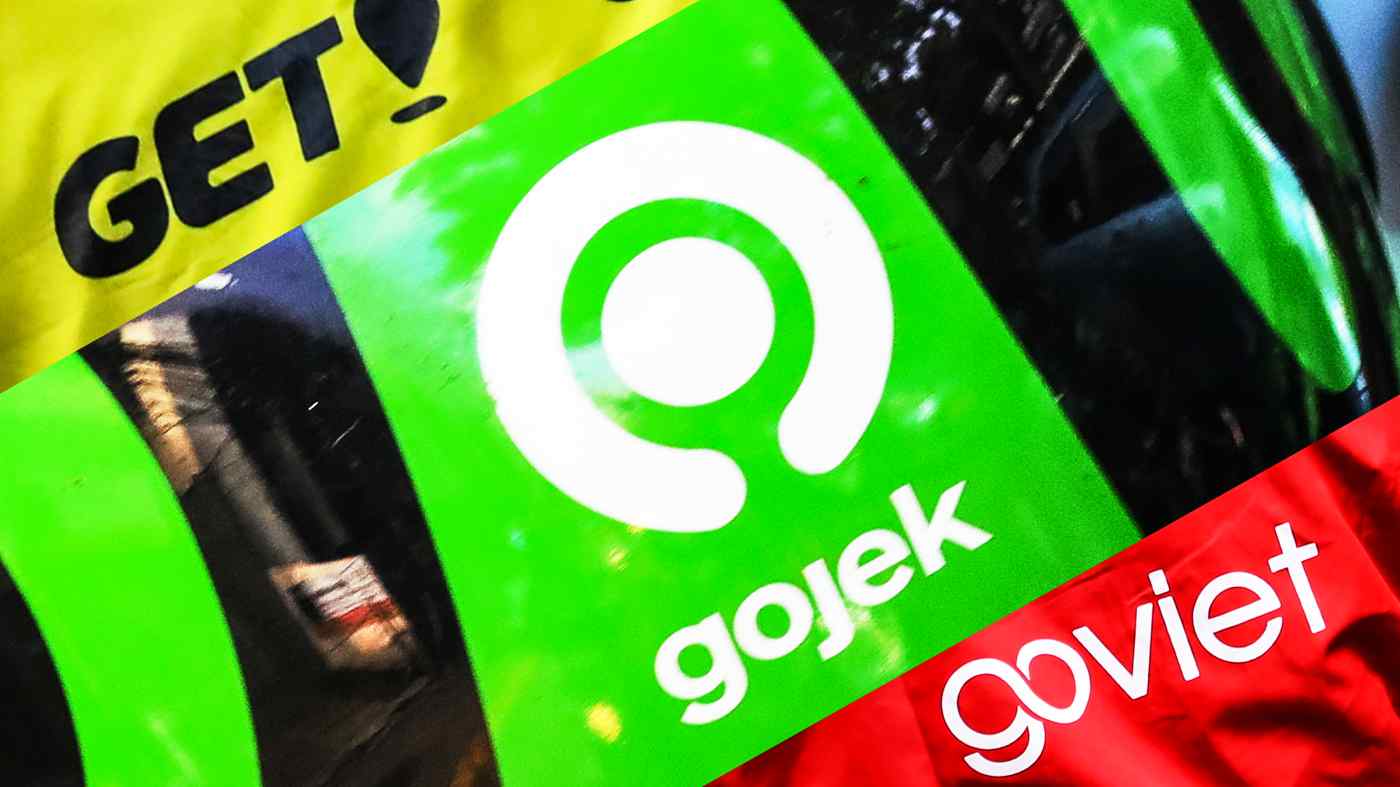 Indonesian decacorn Gojek will change its Vietnamese and Thai brands to Gojek and bring them under one platform.
SHOTARO TANI, Nikkei staff writerJuly 3, 2020 14:00 JST | Indonesia
CopyCopied

JAKARTA -- Indonesia's most valuable startup, Gojek, will unify its Vietnamese and Thai brands and bring them under one technology platform, as it looks to strengthen operations and brand image beyond its home market.

The move comes as Gojek takes the fight to rival Grab, which is operating more widely in the region and under the same brand and application platform.

Vietnam's GoViet and Thailand's Get will now share the same name and app as their parent.

"Going forward, we can better serve the market and bring even greater business to each country by unifying tech and brands," Andrew Lee, head of international at Gojek, told the Nikkei Asian Review. "This has been in the making for many months. We started on the strategy to upgrade, to get to scale more efficiently, better serve the customers in these markets, since well into mid-last year."

Both Gojek's 2018 Vietnam launch and its Thai launch in 2019 went under localized brand names -- GoViet and Get -- and used different apps.

Nadiem Makarim, founder of Gojek and now Indonesia's education minister, said at the time of the Vietnam launch that Gojek did not want to impose a foreign brand, instead wanting the subsidiary to "determine its own identity."

This approach resulted in low interoperability between Gojek platforms: Users had to download separate apps when they traveled to the respective countries. The unified brand and technology will allow the Indonesian "superapp" -- provider of daily needs from ride-hailing to payments -- to bring to market new services more efficiently.

The Indonesian decacorn -- private companies valued at more than $10 billion -- was a relative newcomer to both markets. Singapore-based Grab has been in Thailand since 2013, and Vietnam since 2014. While their services do not differ greatly, Gojek had to play catch up with the region's most valuable startup.

While Grab already has a single brand and app across all eight countries in Southeast Asia where it operates, the Gojek name is used only in Indonesia and Singapore. 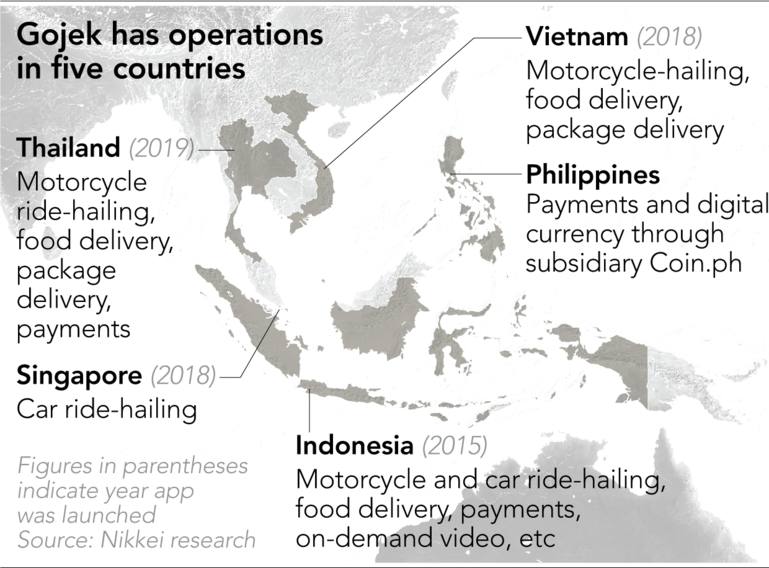 The latest move indicates that Gojek is on the offensive again outside its home market of Indonesia, especially after strengthening its financials. The company received a fresh capital injection from U.S. tech giant Facebook in early June and announced a 9% downsizing of its workforce later that month, which helped reduce overhead as the company struggled under the weight of the coronavirus pandemic.

Lee wants 50% of Gojek users and transactions to come from outside Indonesia, and the unification of the brand is "one of the big milestones for us" in reaching that goal, he said. The rebranding makes it "much more scalable to launch new products and go into new markets."

The rebranding will not entail any change in the ownership structure of its Vietnamese and Thai subsidiaries, in which Gojek has a controlling stake. The parent also appointed on Friday Phung Tuan Duc, GoViet co-founder and former chief operating officer, to be general manager of the Vietnam unit. The unit had been without an official leader since September of last year when it lost its second CEO in a year.

Lee added that when Gojek enters different markets, it will do so using the Gojek brand and technology. It is currently in talks with Filipino authorities about entering the market there.

Gojek and Grab are battling to become the region's dominant superapp, attracting users to their platforms by integrating a variety of services such as ride-hailing, payment and food delivery. The fight has also prompted some of the world's biggest tech names to take sides. Gojek is backed by Facebook, Tencent and Google, while Grab has support from Japanese conglomerate SoftBank Group through its $100 billion Vision Fund.