US ride-hailer has redemption right according to prospectus 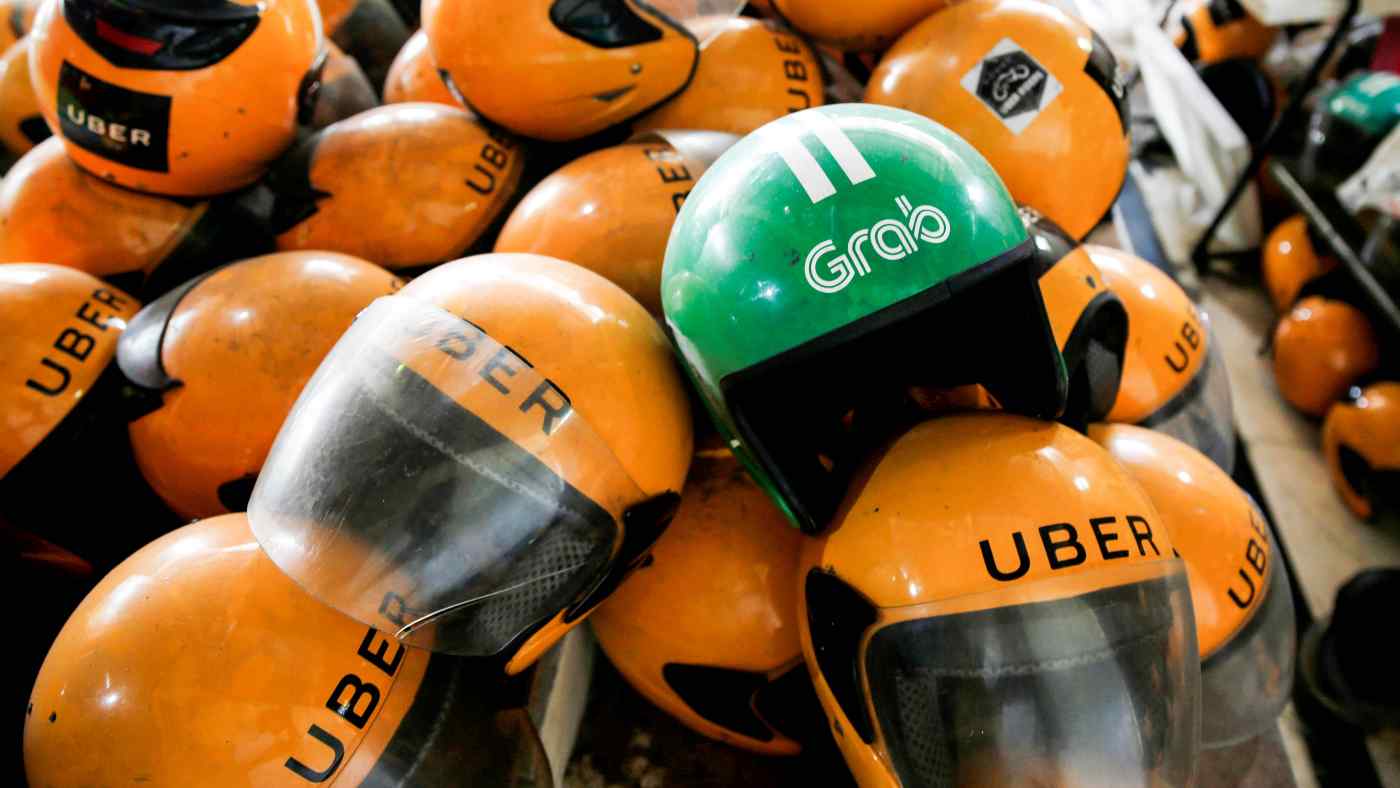 SINGAPORE -- Grab faces a $2 billion payout to Uber Technologies if the Singaporean ride hailer does not go public by March 2023.

Uber's right to redeem its 23% stake in Grab for cash was revealed in the U.S. ride-hailing giant's initial public offering prospectus released Thursday. This suggests a possible time frame for when Grab is planning to launch its own IPO.

"The redemption price is equal to the sum of the issue price of $5.54 with any declared but unpaid dividends, and compounded interest of 6% per annum on the issue price," the prospectus states. Uber has 409 million shares.

That means Grab could have to pay $2.26 billion or more to Uber if it exercises its redemption right. The disclosure comes after Grab announced plans to raise another $2 billion from SoftBank Group and other investors by the end of this year, and as the market has been watching for any sign of when the Southeast Asian company might launch an IPO.

According to Uber's prospectus, Uber held 23.2% of Grab shares as of the end of 2018, diluted from 27.5% as originally announced last March. Uber received 401 million shares of Grab's "Series G preferred stock" on the closing date of the merger deal, and received another 8 million shares during 2018, the document said.

Notably, the Grab preferred stock "includes a redemption right, under which [Uber], subject to certain conditions, including the absence of a Grab IPO, may put all or a portion of its investment back to Grab any time after the redemption date (defined as March 25, 2023) for cash," the prospectus states. That date is the fifth anniversary of the Grab-Uber merger in Southeast Asia.

"March 25, 2023 doesn't explicitly define Grab's IPO deadline," said Margaret Yang, Singapore-based analyst at CMC Markets. "However, Uber's investment in Grab, which accounts for a significant amount (23%) of its outstanding share capital, may reasonably affect Grab's decision to go for IPO before or after 2023."

Jeffrey Halley, senior market analyst at Oanda in Singapore also said that the clause on redemption does not necessarily imply a Grab IPO by 2023. "It looks like a pretty standard clause," he said. "That said, I would be very surprised indeed if both Grab and [Indonesia-based ride-hailer] Go-Jek had not tried to IPO by then" as they are the most valued startups in Southeast Asia.

Grab CEO Anthony Tan told the Nikkei Asian Review in a February interview that the public market is "an option" but also said that an IPO would not happen during 2019.

Grab is valued at $14 billion, according to CB Insights, the biggest unicorn in Southeast Asia. Grab recently said it plans to raise another $2 billion this year from various investors including SoftBank Group.

Uber's prospectus also revealed that under the contract with Grab, Uber is restricted from competing with Grab in Southeast Asia "through the longer of March 2023 or one year after Uber disposes of all interests in Grab."