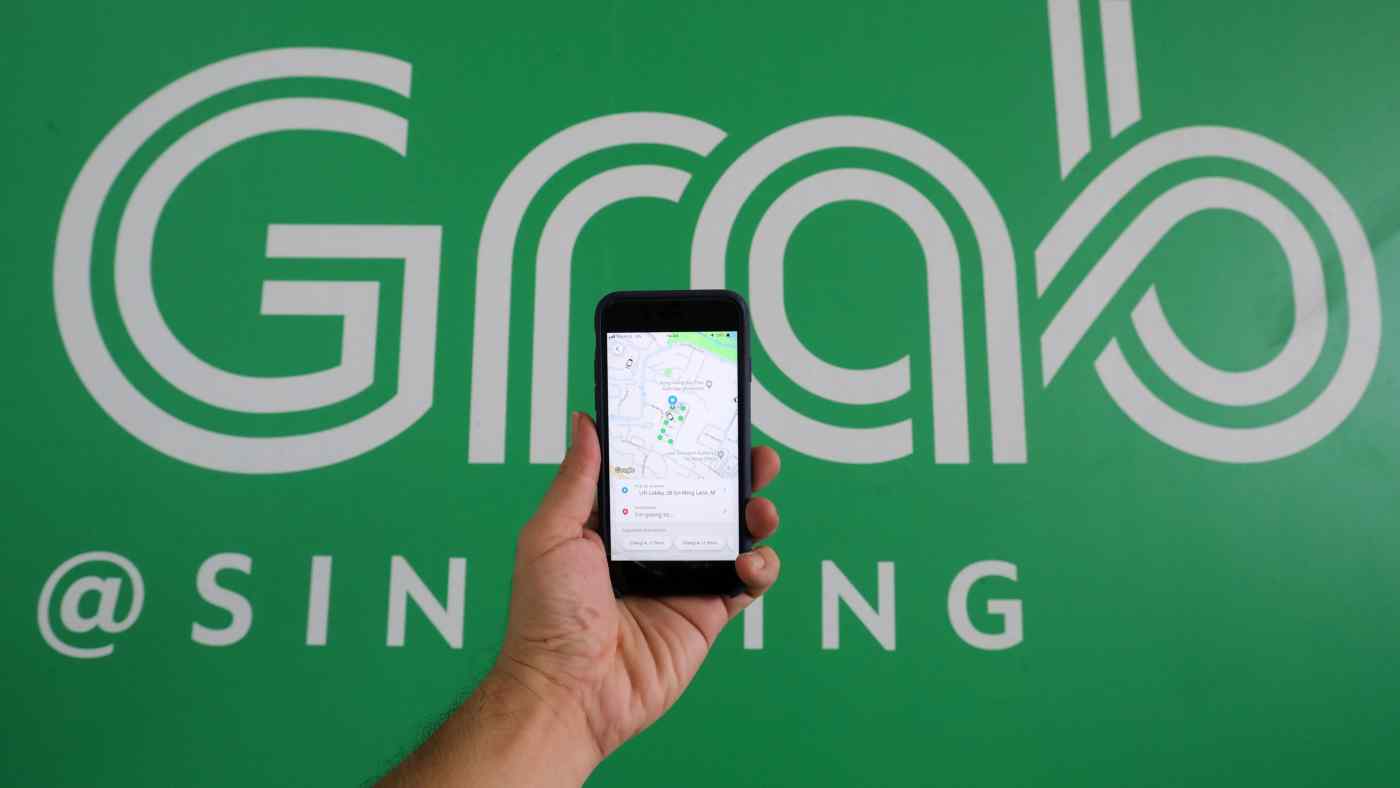 On Dec. 5, Grab introduced a prepaid card under a partnership with Mastercard that lets users pay for purchases with their GrabPay e-wallet balance at merchants anywhere in the world that accept the credit card.

Southeast Asia's most valuable unlisted startup aims to help its users -- especially those who do not have access to credit cards -- shop offline and online.

The GrabPay Card will be issued first in Singapore this month, then in the Philippines in early 2020, with the goal of eventually expanding to the rest of the region.

The card is "an extension" of the GrabPay mobile wallet, Ooi Huey Tyng, managing director of GrabPay, told the Nikkei Asian Review in an interview. "Users can use the GrabPay balance anywhere beyond Southeast Asia." The GrabPay Card is numberless to improve security. (Courtesy of Grab)

Launched in 2012 as a taxi-booking app, Grab has gradually diversified its operations. Besides GrabPay, which was launched in 2016, it also offers micro-lending and insurance through joint ventures with Japan's Credit Saison and China's ZhongAn, respectively.

To further strengthen its financial arm, the company has recently started to explore wealth management services, Ooi said. The company is also keen on applying for Singapore's new virtual banking license that allows non-bank companies like Grab to take deposits and provide loans.

Grab sees Southeast Asia as having unique opportunities in financial services. Most traditional financial institutions cater to middle- and high-income people and city dwellers, leaving hundreds of millions of people underserved in terms of banking, credit and insurance.

Businesses catering to the underserved market are also financially sustainable, Ooi said, adding that the penetration of the Grab app -- a total of 166 million downloads, according to Grab -- gives the company a platform to reach such users cost effectively.

"We always believe that it is important to create a positive financial impact [while] at the same time delivering positive return to the business," she said.

"Grab's future revenue and profit very much depend on new products, which are financial services," he said, adding that Grab needs to be profitable if it pursues an initial public offering at a time of increased market scrutiny on startups' sustainability.

Loh also said that there are "natural synergies" between finance and other business lines, allowing the company to capitalize on its consumer data to offer tailored financial products.

Payment is "a platform for us to build upon other businesses [such as food delivery]," serving as "a glue" that connects its services, GrabPay's Ooi said.

Grab offers payment services directly in Singapore, Malaysia and the Philippines, and through local partners in Indonesia, Thailand and Vietnam. Grab declined to reveal the number of users and transaction values, but it said monthly active users increased 65% over the six months through June.

According to a November report from Malaysia-based market researcher iPrice, GrabPay was the most commonly used payment app in Singapore in the July-September quarter, followed by an app offered by DBS Group Holdings, the biggest bank in Southeast Asia.

Grab counts SoftBank Group, Toyota Motor and Microsoft as major investors. Its latest valuation was $14.3 billion, according to CB Insights, making it the largest startup in Southeast Asia, followed by Indonesian rival Gojek at $10 billion.