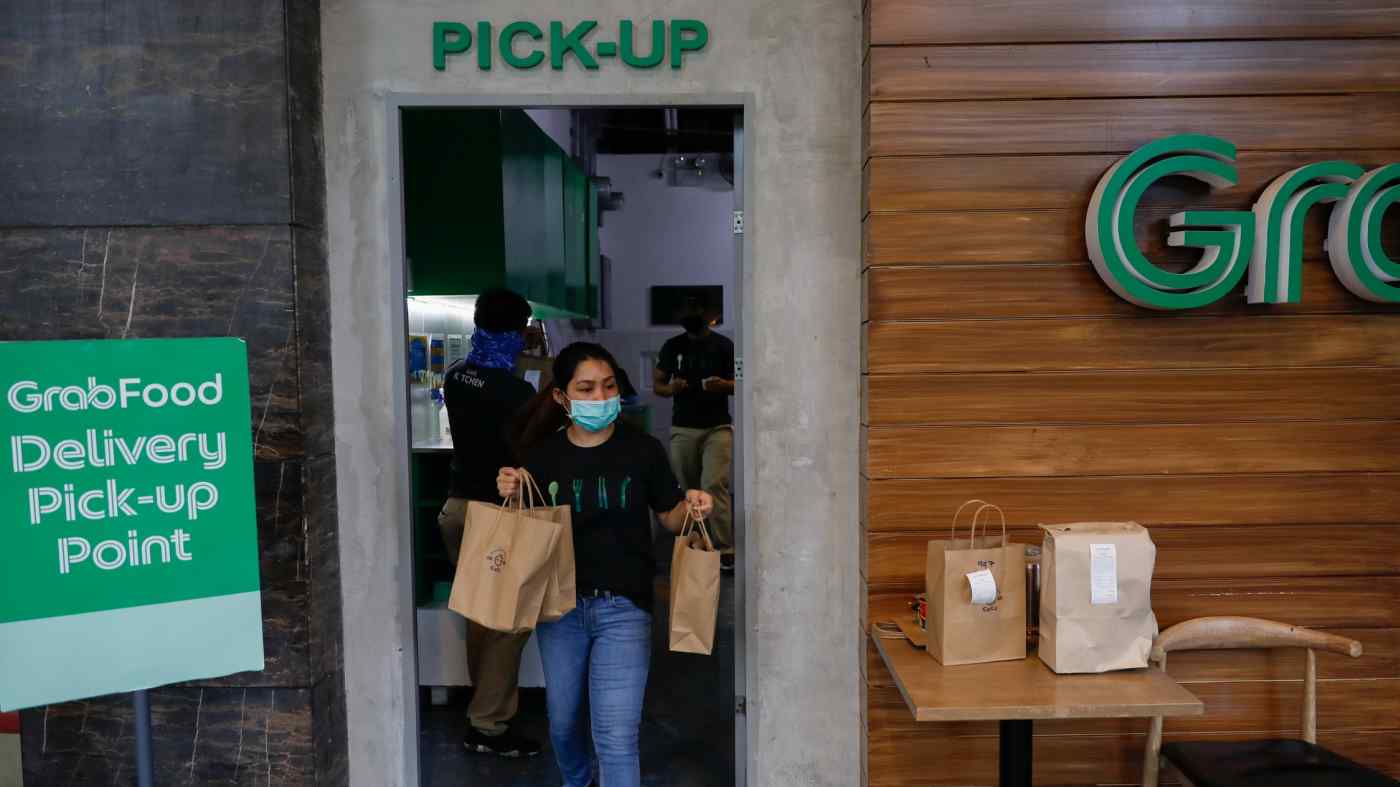 Although the pandemic has forced Grab to emphasize different services, it says its revenue is currently about 95% of pre-COVID level.   © Reuters
KENTARO IWAMOTO, Nikkei staff writerNovember 24, 2020 19:00 JST | Singapore
CopyCopied

SINGAPORE -- Singapore's Grab has not changed its thinking regarding a future IPO because of COVID-19, according to its president, whose remarks are the latest indication that Southeast Asia's largest unicorn remains keen to go public as it adjusts its strategies amid the pandemic.

Speaking at a virtual conference organized by DealStreetAsia, a Singapore-based startup-focused news site, Ming Maa on Tuesday said, "There's no change in our thinking around [an] IPO or the timelines."

Grab has yet to announce when it aims to go public but faces a potential payout of more than $2 billion to Uber Technologies if it does not do so by March 2023. This stipulation was part of the agreement when Grab acquired Uber's Southeast Asia business in 2018 in exchange for shares. Uber owned 23.2% of Grab's shares as of the end of that year.

Maa said his company has "a very constructive partnership" with the U.S. tech giant. "Uber, like many of our shareholders, they want us to focus on keeping our heads down. They want us to focus on delivering the best service for our customers," he said. "I think ultimately if we stay focused on the operational execution, then an IPO will happen at the right time."

Maa did not reveal details of any IPO timeline or of Grab's agreement with Uber.

Around the world, many digital and tech companies have gained stock market momentum during the pandemic. In Southeast Asia, Sea, an online gaming and e-commerce group out of Singapore that is listed on the New York Stock Exchange, has been buoyed by a share price that has quadrupled from the beginning of the year.

When asked about Sea's stock market boom, Maa said: "I certainly hope that this is a sign of greater awareness and appreciation of the markets here. ... I think the more companies that IPO globally from Southeast Asia, the more awareness becomes developed." He also said that based on conversations with people in the investors' community, he believes U.S. market players are more inclined toward China. 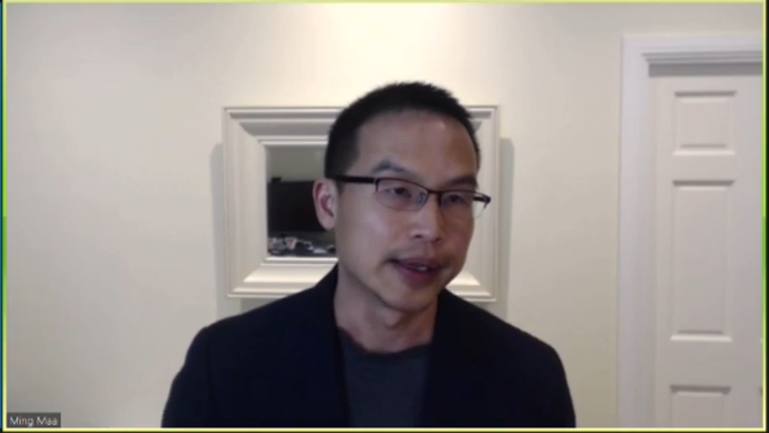 Grab President Ming Maa says his unicorn has not changed its thinking regarding a future IPO. (Screenshot from Deal Street Asia's YouTube page)

Singapore-headquartered Grab, which operates in eight countries in Southeast Asia, is one of the region's biggest unicorns, along with its Indonesian rival, Gojek. Grab was last valued at $14.3 billion, according to CB Insights.

Backed by big global investors, including SoftBank Group, Grab has rapidly grown in the region, offering smartphone-based services from ride-hailing to food delivery to e-payments under its so-called "super app" strategy. But the pandemic has dampened demand for its core ride-hailing services, while giving rise to the delivery business. Grab's revenue is currently about 95% of pre-COVID level, Maa said.

During Tuesday's session, Maa said that "our overall super app strategy hasn't changed." Rather, he noted, Grab is refocusing within that strategy by playing up food and grocery deliveries as well as financial services. Grab's recent investment in Indonesian state-owned payments company LinkAja exemplifies Grab's increased focus on finance.

As for a Singapore digital banking license, for which Grab applied as part of an alliance with Singapore Telecommunications, Maa stressed that the partners' digital bank plans have not changed because of COVID. "In fact, it's the opposite," he said. "We think it's even more important now to have a banking solution that is accessible and affordable to as many consumers as possible."