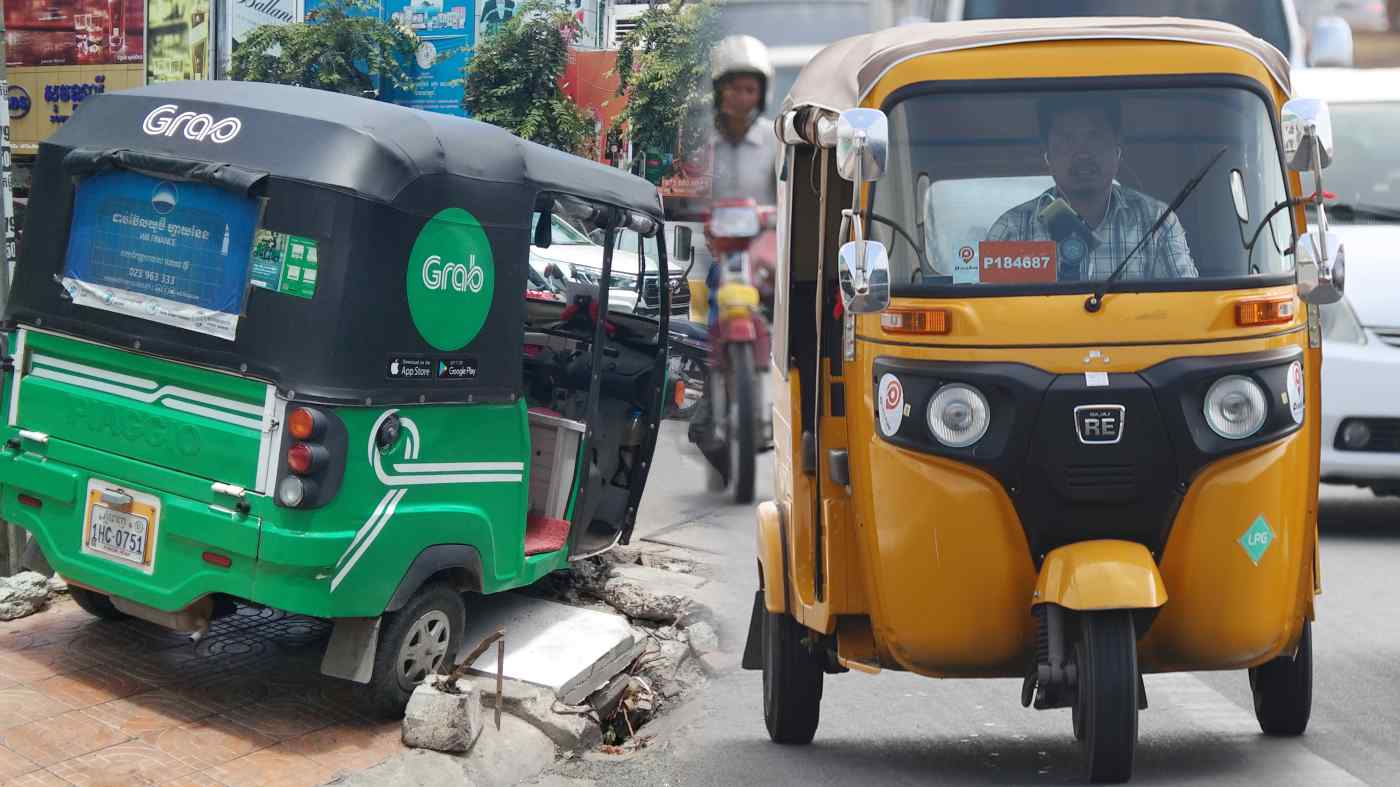 In a sign of how fierce the competition has become, more than 100 PassApp drivers staged a demonstration in the capital protesting fare cuts by the company. PassApp has said moves by its Singaporean rival have left it no choice but to lower prices.

The drivers also delivered a letter to Grab asking it to increase its rates, according to reports.

Morn Phana, 21, has a front row seat to the unfolding battle. Formerly a personal driver for a government official, he is now one of the more than 20,000 ride-hailing drivers competing for customers in the capital. Like many, he drives for both platforms.

"Before PassApp controlled the market," Phana said, "but now Grab is picking up speed."

While PassApp has relied on strong name recognition -- for many, the brand is a generic word for a hailing a vehicle via an app -- Grab has at its disposal a massive war chest and a sophisticated platform offering a wide range of services beyond ride-hailing.

Ride-hailing apps first emerged in Cambodia around three years ago, and more than a dozen local players quickly piled into the sector. Some have already been forced out, however, and the arrival of more overseas players -- including Singapore's Tada earlier this year -- is only increasing the competition.

Should other major players come to Cambodia, such as Indonesia's Go-Jek, which is eyeing expansion, experts say it will be even tougher for local services to survive.

Grab entered Cambodia in 2017 and a year later bought out Uber's operations in the region. Major backers include SoftBank, Toyota and Microsoft, and last month it raised $300 million from U.S. investment management company Invesco, taking its total funds raised to $7.5 billion.

It is the kind of capital that Hor Daluch, founder of Cambodia's first ride-hailing service Exnet, could only dream of.

Founded in mid-2016 and focused initially on taxis, Daluch said his company enjoyed early success but began struggling after Grab arrived. Now, with a dwindling pool of drivers and customers, the 33-year-old is seeking to introduce additional services like grocery delivery -- a tough ask with limited resources.

"The system [for grocery delivery] is in place, now we need to list the products and then we can launch. But we need money, of which I don't have so much," Daluch said.

"We need to integrate something rather than just staying in one service for us to survive."

Grab's financial strength has already helped it chip away at PassApp's head start. The company says it has more than 10,000 drivers and reached its one millionth ride in Cambodia earlier this year.

Importantly, it has the resources to funnel cash into marketing and fare-subsidizing promotions, which drivers say are popular with passengers.

It also has a technological advantage.

It has already rolled out features locally, including GrabCar, GrabPay and GrabRewards, and recently added a "rent" function that allows customers to hire drivers for a set period of time. By the end of the year, food delivery and lending services will also be available in Cambodia, Wong said.

Calling its broader suite of options the company's major "differentiator," he said he expects Grab's market share will surpass that of PassApp this year.

"I think it's very close," said Ron, who oversees an office of between 60 and 70 staff. "In every market we go to, we have the resolution to be dominant, so we do expect ourselves to be the dominant one coming to the end of the year."

PassApp, which also has about 10,000 drivers, plans to launch e-payments on its platform this year. It also is planning to get into food delivery, a segment in Cambodia that already has several dedicated providers. 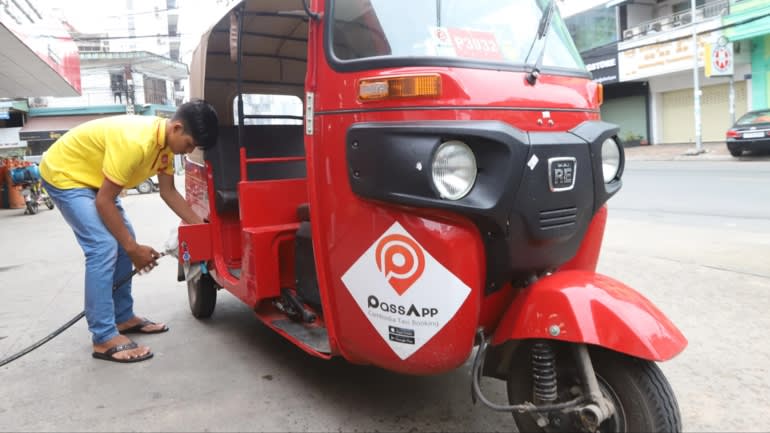 PassApp says it will launch an e-payment platform this year as part of plans to expand its offerings. (Photo by Ken Kobayashi)

The company's founder and chief executive Top Nimul acknowledged that efforts to expand its digital ecosystem and become a superapp will be costly.

"We need to change a lot of things on our platform," he said. "It will take time and be expensive."

Nimul said PassApp is growing enough "to survive" in the ride-hailing sector. However, its biggest concern is a price war with its well-funded competitor.

"It is the time that the government needs to get involved and solve the problem," Nimul said, noting the number of drivers was "growing very fast" relative to new customers.

"It's a hard time for drivers," he added. "The government should consider the local companies."

So far, the government has not announced any plans to regulate the sector. It has, however, held training workshops to address safety concerns and pushed drivers to obtain licenses, acknowledging that about 98% are without one.

Spokesman for City Hall, Meth Meas Pheakdey, said he could not say if or when a minimum price would be set, but vowed authorities would tackle the issue.

"We cannot determine the price immediately and autonomously, it requires discussion from all parties," he told Nikkei.

While PassApp frets about price, local company WeGo -- which says it is in third place -- is hoping its socially conscious approach will help it keep its place at the table.

WeGo head of marketing Prak Chanseyha said the company has trained about 1,000 of their 7,000 drivers in money management and road safety, provides accident insurance and also keeps their service charge at 12%. Currently Grab and PassApp take a 15% cut on rickshaw rides and more for cars.

"In one year, I think we will be able to break even," Chanseyha said. "We don't look at other local companies. In the future our main competitor will be Grab. Grab teaches us a lot, we are learning at the same time and finding a creative way to counter attack. If Go-Jek comes, the environment will change. It will become tough.

Mekong Strategic Partners has kept a close eye on the sector, having made investments in food delivery platform Nam24, which is about to launch a ride-hailing service, and logistics startup Joonaak.

Bora Kem, the manager of a tech fund for MSP, said that while massive resources give regional players an advantage, it does not guarantee them an easy victory in the market.

He also noted that most local apps rely on third-party software, a cost that could become inhibiting. He added success would likely rely on "hard work" behind the scenes to develop partnerships with merchants and companies to expand services.

"There's going to be losers in the market, but we think there's room for two to three, one big player and two or three small ones," said Kem, adding that no one could afford to be caught "sleeping."

"Whether or not the second and third place will be international players, that's more interesting. If Go-Jek or Didi come to Cambodia, what does that mean for the local players?"