Helmets optional: US e-scooter rentals to roll into Japan 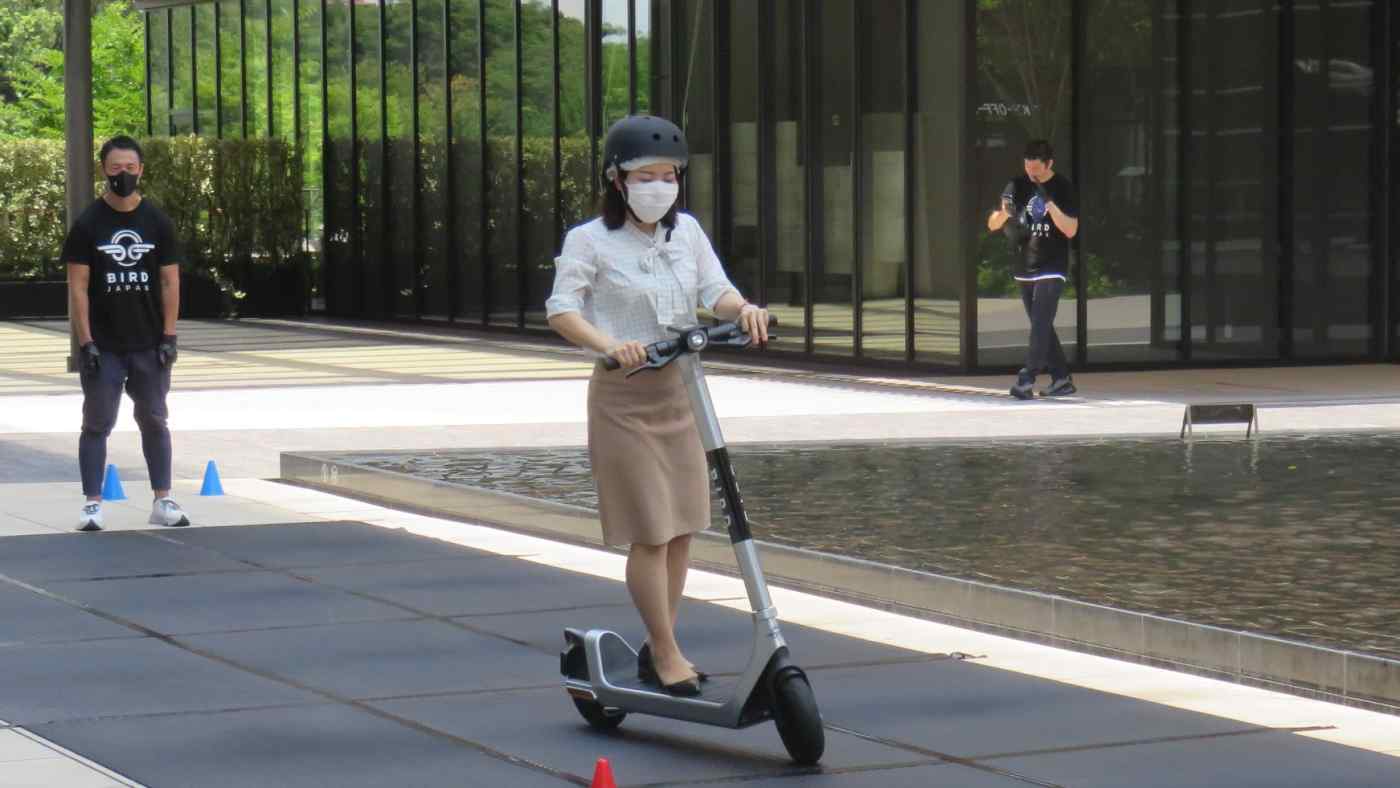 TOKYO -- The sidewalks around Tokyo's suburbs are about to get a bit more zippy.

U.S. startup Bird Rides will soon make a full entry into Japan with an electric scooter sharing program as the country moves to relax restrictions on mobility devices.

Bird Rides is partnering with Tokyo-based BRJ, with the goal of initially rolling out 400 electric kick scooters. Trials of the services will be conducted as early as this fall in greater Tokyo and other major cities.

Japan's National Police Agency said in April that it would allow people to operate electric kick scooters, which require human power, without a license as long as top speeds do not exceed 15 kph.

Bird Rides' scooters are equipped with SIM cards and GPS devices that allow the company to remotely disable the vehicles if they venture away from authorized areas.

Test runs will be conducted in suburbs with populations between 200,000 and 300,000 people, with helmets optional. Service fees will be set at 10 yen per minute.

Bird Rides has parlayed the safety features of its e-scooters into a business that spans over 200 cities around the world. The company offers roughly 70,000 vehicles. In May, Bird Rides announced it would list on the New York Stock Exchange through a SPAC deal.