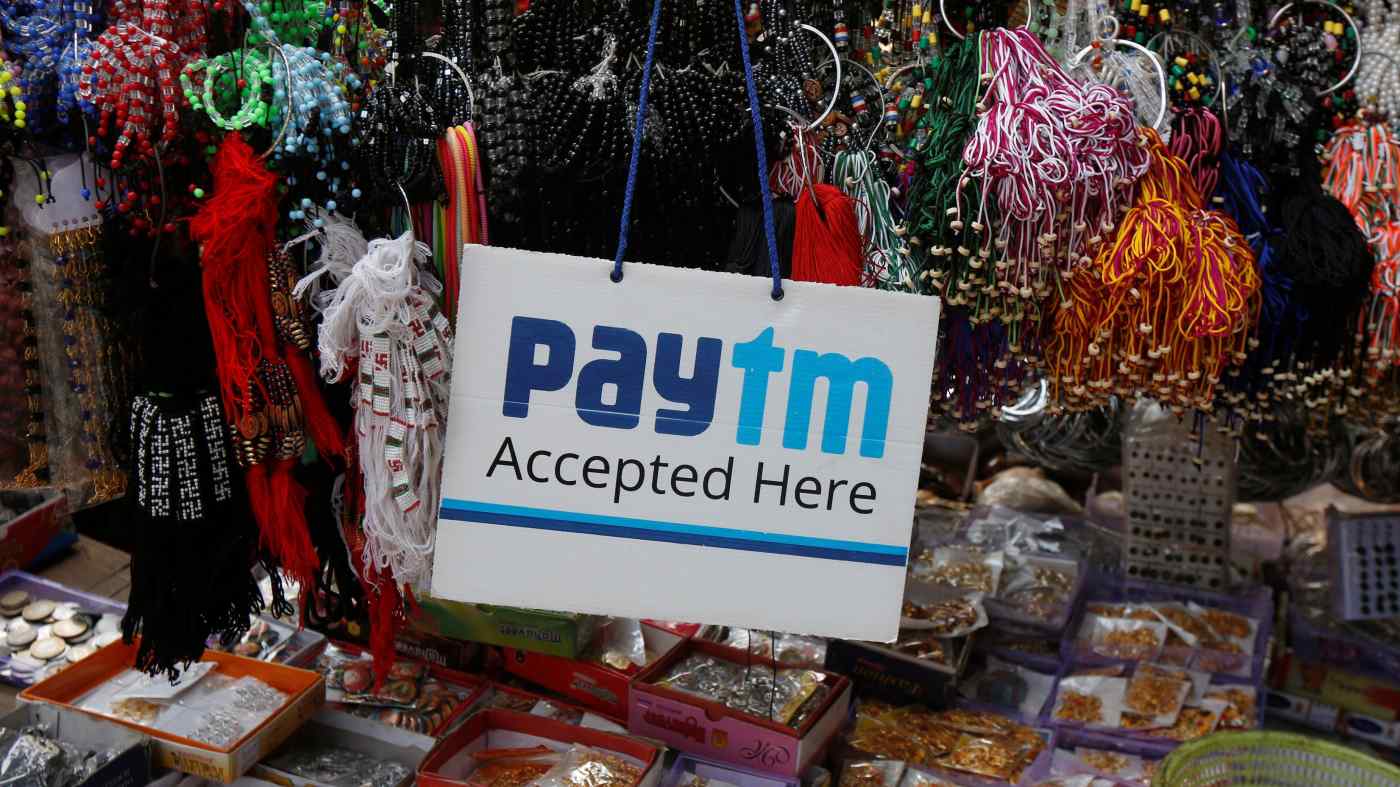 The Series G funding round values Paytm at about $16 billion and comes as the company is set to start preparations for an initial public offering in the next 22-24 months.

Ant Financial contributed $400 million, while SoftBank Vision Fund invested $200 million in the latest round. The financing sees Paytm outstripping fellow high-profile Asian startups such as Grab and Gojek in valuation and boosts the firm's war chest to fend off an influx of new rivals.

As part of the latest transaction, SoftBank, which owns only about 20% of Paytm parent One97 Communications, will not be able to sell its stake for the next five years unless the Indian fintech firm manages to go public. One97 Communications is India's most valuable unicorn.

After five years and if Paytm remains private, the Masayoshi Son-led firm will have the option to sell its shares to existing investors.

The Economic Times reported last week that SoftBank had agreed to invest in Paytm's latest $1 billion funding round on condition that the Indian digital payments company conducts a public offering within five years of completion of the transaction.

SoftBank first invested in Paytm in 2017. Alibaba Group, through Ant Financial and directly, owned 38% of the company prior to the $1 billion funding round.

Paytm founder and CEO Vijay Shekhar Sharma earlier said the company would consider listing only after 2021, when it is expected to start generating cash.

In an interview with Times of India, Sharma disclosed that the company will use the fresh capital to partner with more online and offline merchants, adding to its 15 million-strong merchant network.

The company will also make an aggressive push in the financial services business, with lending, insurance and so-called "new-age banking" as focus sectors. Sharma added that the firm is in the final process of applying for a general insurance licence.

The fresh capital positions Paytm as a major player in the potentially $1 trillion Indian payments market and protects its market share from new entrants, such as Facebook, Alphabet's Google and Flipkart's Phone Pe.

Credit Suisse estimates that the Indian digital payments market will reach $1 trillion by 2023, up from about $200 billion currently.

Paytm has been in the market since early 2019 to raise funds, more than a year after it raised $300 million from Warren Buffet's Berkshire Hathaway.

Paytm reached a milestone in August 2015 when it signed up 100 million wallet users, the first for any digital platform in India. Two years later, the platform hit 200 million users, winning its founder a place on the Time 100 list of the world's 100 most influential people.

Sharma announced in 2017 that Paytm will hit 500 million users by 2020. That could be a huge achievement, considering that digital wallets in India have lost their luster and industry estimates showed only more than 100 million people in India currently use mobile payment services. An article in the Morning Context described India's digital wallet market as "dead."