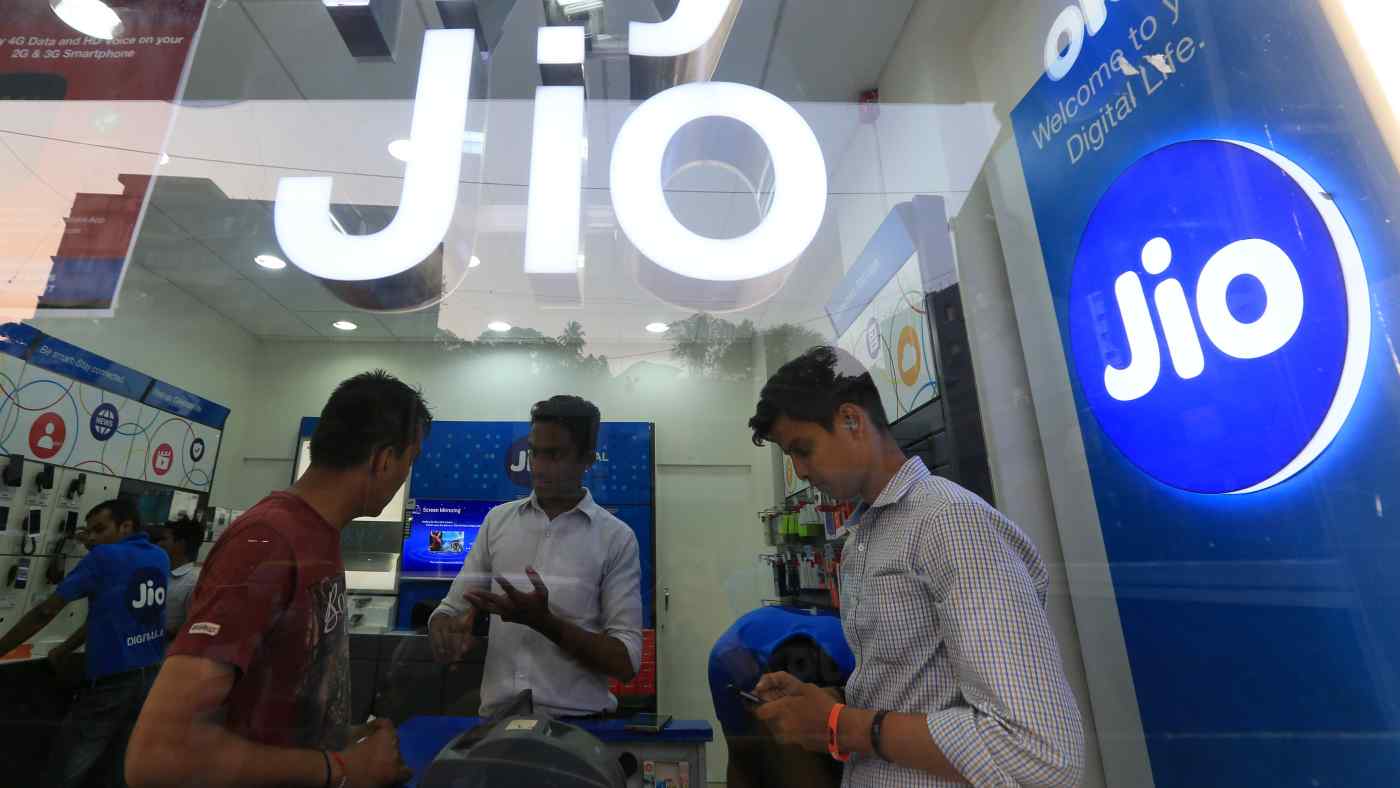 TOKYO -- The race to become India's top superapp has kicked into high gear, and funds from overseas technology titans are set to poor into homegrown startups.

The success of WeChat and Alipay in China as multipurpose superapps -- platforms with integrated chat functions, payment and financial services, online shopping and so on -- has been one of the biggest influences on mobile-service startups around the world.

Southeast Asia's most powerful startups like Grab and Gojek are trying to grow into superapps themselves by adding payment services, food delivery and more to their core ride hailing functions. In Japan, Yahoo! Japan's parent Z Corp. merged with LINE, the most popular chat app in Japan, Taiwan and Thailand. The goal is to develop superapp models for both brands.

In India, Paytm, backed by both Alibaba Group and Softbank Group, is the country's most valuable startup. It was valued at $16 billion as of November last year. More than any of its rivals, Paytm has been pursuing the superapp model. It has added grocery shopping, banking and financial services, health care and food delivery services to its mobile payment app over the past few years.

But on April 21, Facebook announced a $5.7 billion investment in Jio, India's youngest but biggest mobile operator. It poses a new challenge to Paytm's plan to be the leading superapp in India.

Facebook chief Mark Zuckerberg and billionaire Mukesh Ambani, chairman of Reliance Industries, the parent company of Jio Platforms and one of India's most powerful family conglomerates, provided only a vague description of what the alliance intends to accomplish.

But their comments suggest that the tie-up is more about WhatsApp, India's most popular app with about 400 million users, and Jio's mobile services, rather than a combination between the world's biggest social network and India's biggest mobile network.

On Monday, less than a week after the announcement, Jio's grocery shopping service, JioMart, opened a business account on WhatsApp. It connects WhatsApp users to JioMart through automated text messaging.

Although JioMart is rolling out the service only in several urban districts, the experiment offers an example of how the WhatsApp-JioMart combination will function as a multipurpose mobile service targeting hundreds of millions of Indians.

Jio has released a variety of mobile apps, including video and music streaming, chat, payment services and health care, in its short three-and-a-half year history.

If WhatsApp will function as a portal to Jio's various services, that will make it similar to a superapp with payment and shopping functions, pitting it against Paytm.

Paytm is accepted at roughly 15 million merchants, and has 350 million registered consuming users and 200 million monthly active users, according to comments by its spokesperson in local media. Typical roadside fruit and vegetable vendors in Indian cities accept Paytm using a QR code posted at the shopfront.

It will also challenge online grocery startups like Big Basket and Grofers, as well as Dunzo, which provides "errand" service for residents in many cities. Major conventional supermarkets provide home delivery service as well.

Amazon.com's Indian unit and Walmart's Flipkart, the two giants of India's e-commerce market, have also been strengthening their grocery services, as groceries and medical items are the only things that the government allows to be delivered in its fight against the new coronavirus. In other words, the battle of the superapps in India may come down to who can invest the most.

The battle to be the top superapp in India is set to be a heavyweight match, featuring U.S., Chinese and Japanese internet giants, along with one of India's own conglomerates.