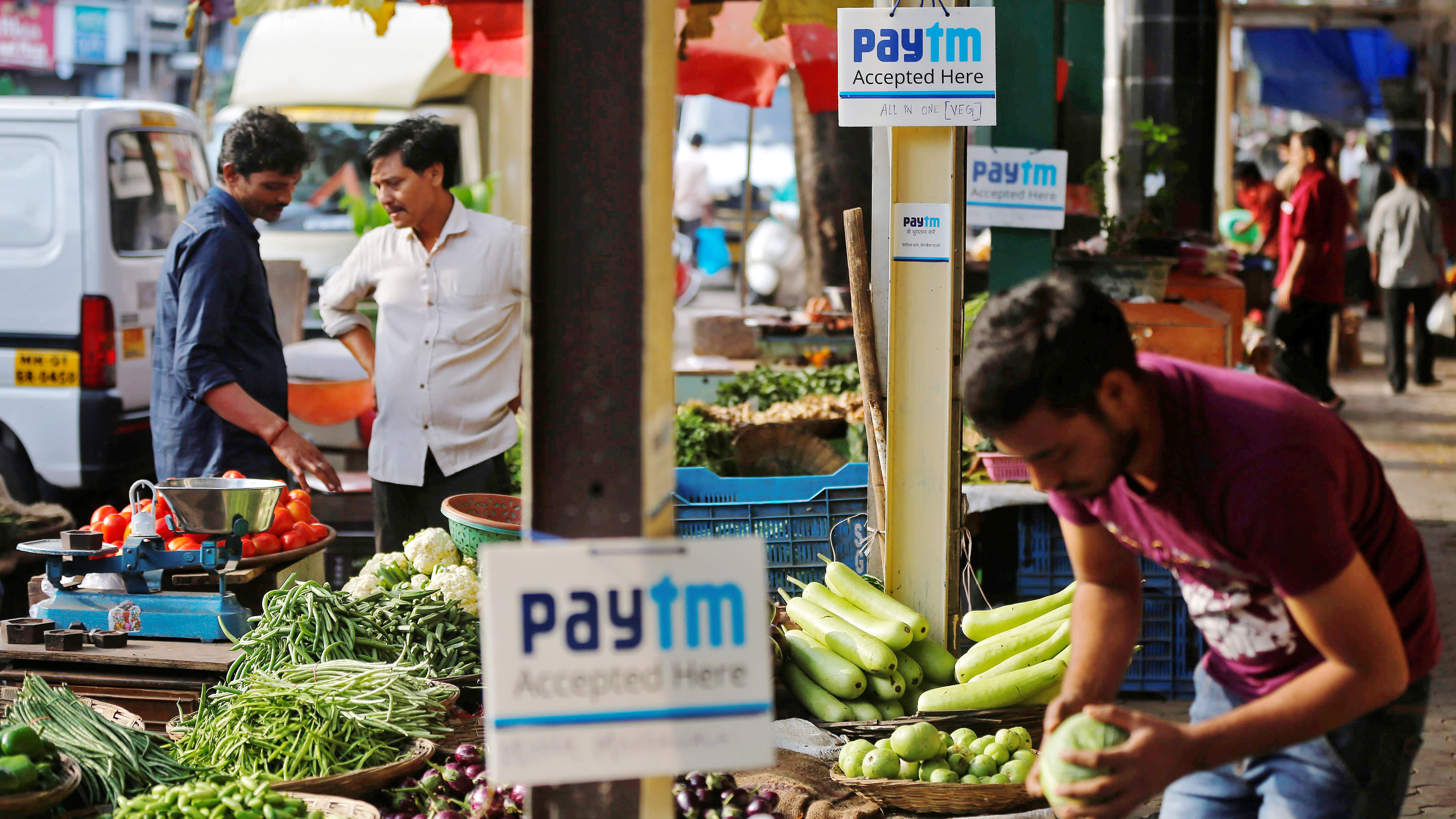 According to a report by U.S. market research company CB Insights, funding for fintech startups in India jumped to $286 million in the first three months of the year, up nearly 27% from the previous quarter.

In China, by contrast, such funding dropped to $192 million, a decrease of 89% compared to the previous quarter.

In terms of deal numbers, the two countries were even, with India and China each racking up 29 deals.

In Asia overall, the number of deals rose to 127, eight more than the prior quarter, mainly driven by growth in India, where the number jumped 61%.

Europe dropped to 102 deals but overtook Asia in value, while the U.S. recorded 170 deals worth over $3 billion, retaining its top spot globally.

China's decrease in VC-backed support for fintech meant that overall funding in Asia fell below $1 billion for the first time in five quarters, dropping 67% from the previous quarter to $875 million. The fund, first announced in 2016 with Saudi Arabia as an investor, boasts a portfolio of approximately 80 targets that have received about $80 billion in funding.

Since then, Softbank has been deepening its investments in India. Last year, the company announced plans to set up its first dedicated investment office in Mumbai, and it recently launched a $500 million fund, the SoftBank Acceleration Fund, for early-stage investment in Asia with India as a major focus.

Its current investments include Paytm, India's largest mobile payment app, operated by One97 Communications. The startup is reported to be in the midst of a funding round worth around $2 billion from their existing investors, which include the Vision Fund and Alibaba Group's Ant Financial.

PolicyBazaar Group, which operates an online insurance platform, also lists the Vision Fund as one of its investors. The company recently bagged nearly $152 million in a round led by the SoftBank fund, according to company filings this month.

By some measures, India's fintech startup market is the largest in Asia.

According to the "India Fintech Report 2019" by data portal Medici, India is now the world's second-biggest fintech hub after the U.S., with over 2,000 startups operating in the sector. Payments constitute the biggest share, with other areas of activity including lending, personal finance and insurtech.

In China, the outlook may be less rosy. In addition to the clampdown on peer-to-peer lending, VC funding for fintech in the country may also be vulnerable to the trade war between Beijing and Washington.

According to Kota Hirayama, senior economist for emerging markets at SMBC Nikko Securities, "Just like Huawei Technologies, it can easily be assumed that investors will try to avoid partnering up or being involved with other Chinese tech companies because of U.S. restrictions."