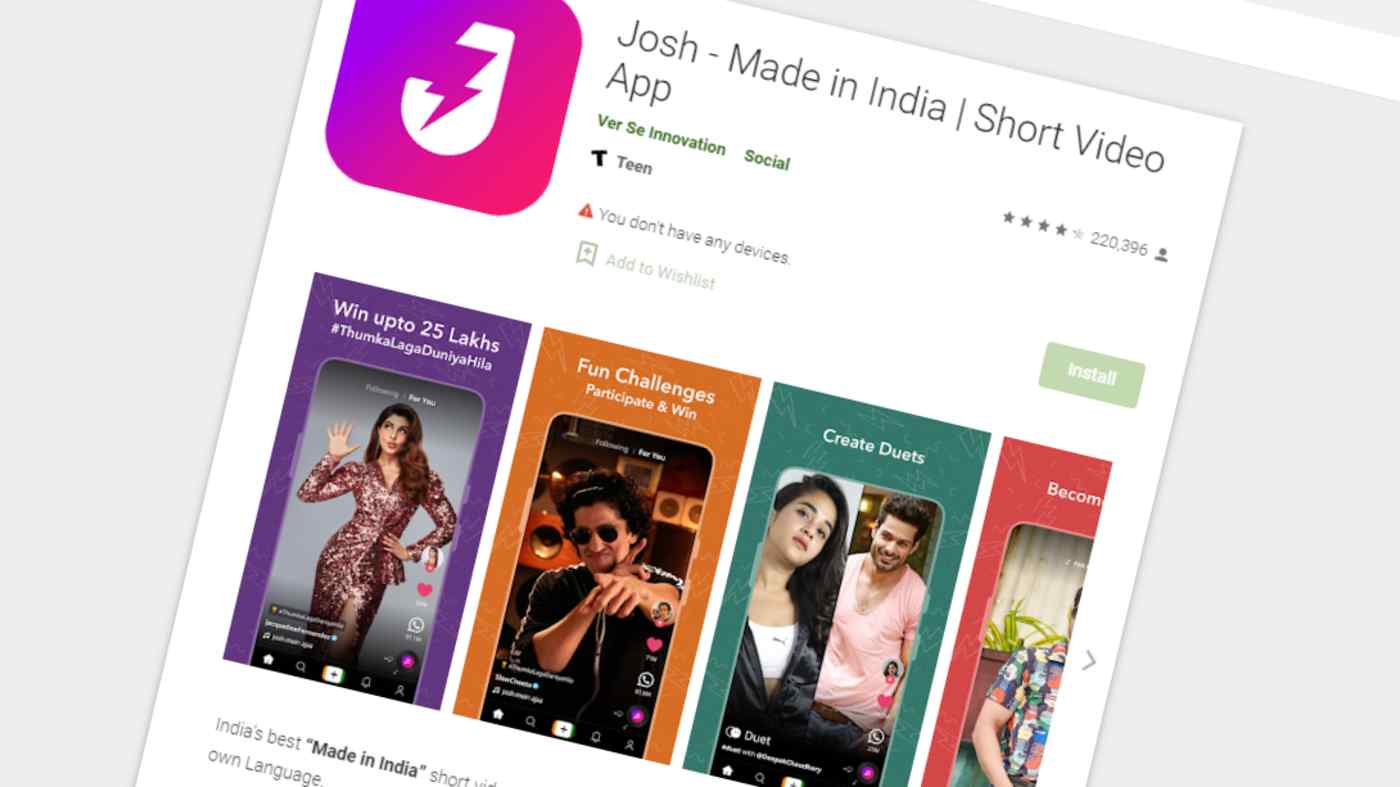 Josh is one of several Indian short-video apps that have gained traction since India blocked TikTok in June amid border tensions with China. (Screenshot of Google Play website)
December 22, 2020 16:08 JST | India
CopyCopied

BENGALURU (Reuters) -- The parent of a TikTok copycat from India has raised more than $100 million from investors including Alphabet Inc's Google and Microsoft, months after the Chinese-owned short-video app was banned in the country.

The app, Josh, is one of several home-grown short-video platforms that have sprung up since India blocked the wildly popular TikTok in June amidst a border crisis with China, attracting global investor interest in applications filling the gap.

Bengaluru-based VerSe Innovation, which owns Josh, is valued at more than $1 billion following the investment, it said in a statement.

AlphaWave, a part of global asset manager Falcon Edge Capital, also invested in VerSe, as did existing investors Sofina Group and Lupa Systems, VerSe said, adding that it would use the funds to scale up Josh.

In September, Indian content-sharing platform ShareChat raised $40 million from investors including Twitter Inc and Lightspeed Ventures, in an effort to drive growth for its new short-video app Moj.

Both Josh and Moj have been installed on more than 50 million devices each, according to data from Google's Play Store.

Google, which had set aside $10 billion for digital investments in India, did not provide any financial details for the investments.