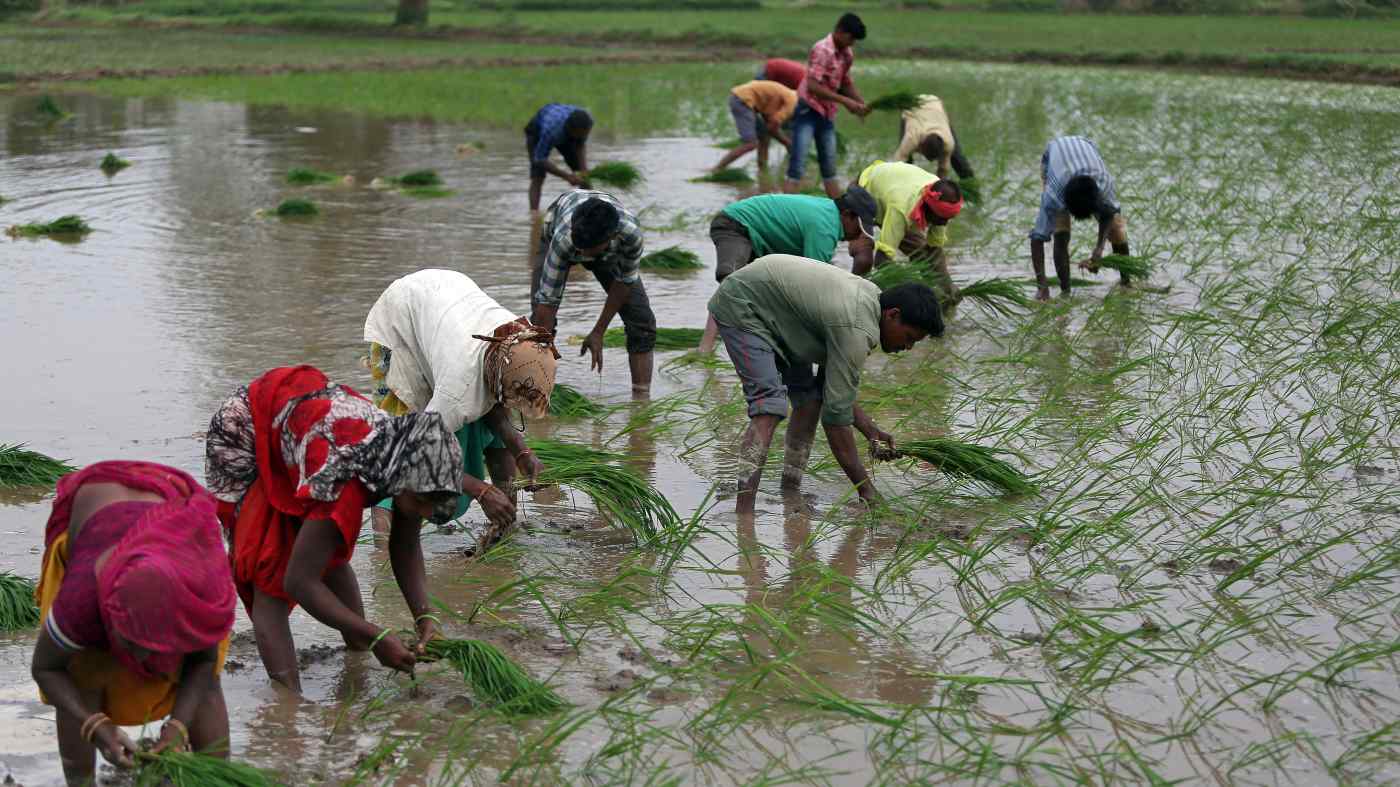 MUMBAI -- ULink AgriTech, an agricultural startup based in the Indian state of Maharashtra, is preparing to expand nationwide by 2022.

With its smartphone app, AgroStar, which has 2 million users, the company is working to raise the productivity of India's farmers. By offering its services across the country, ULink AgriTech is aiming for a fivefold rise in the number of AgroStar users.

Earlier this year, ULink raised $27 million from Bertelsmann India Investments, an investment arm of German media conglomerate Bertelsmann, and Indian venture capitalists that already have stakes in the company.

At present, AgroStar provides cultivation data, seeds, and agricultural chemicals to farmers, mainly in three western states, including Maharashtra. The funds raised will be used to double the number of AgroStar's agricultural experts to 300 and raise the number of its distribution centers to 13.

India's agricultural productivity is low because most farmers are poor and lack expertise. "We want to build the largest online digital community of farmers in the country -- larger than the government," said Shardul Sheth, the company's chief executive. Sheth said AgroStar's goal is to help poor farmers to become more profitable and prosperous.

Its business model is illustrated by a farmer in Pune, Maharashtra. One day, the farmer found that his leafy vegetables had been heavily damaged by pests. He sent the photos of the vegetables to ULink via the app and later received a call from an expert. The technician told him the crop was infested with diamondback moths and advised him to use an insecticide called Success, which the farmer quickly ordered over the phone.

ULink was founded by Sheth and his younger brother Sitanshu Sheth in 2009. The company initially bought a Gujarat-based organic agrochemical manufacturer and shipped products overseas, but the business was not as profitable as they had hoped.

The company changed its business model in 2013, due to strong demand from Indian farmers for agrochemicals and other inputs.

Although ULink has not yet posted an operating profit, due to the cost of prior investments, its sales are growing steadily. The company is close to breaking even operationally, according to Shardul. ULink aims to double sales in the fiscal year through March 2020, up from about $20 million for the previous year.

The company handles products from about 150 domestic and foreign companies, including Switzerland's Syngenta, Corteva Agriscience of the U.S. Indian agricultural chemical maker UPL. Products are packed at distribution centers and delivered to farmers' homes. As with online shopping, additional distribution centers will be necessary if ULink wants to expand its sales area and volume.

So far, 500,000 farmers, or one-fourth of AgroStar app users, have made purchases. The app is free, and farmers are not required to buy with the app. The key to the company's future is persuading farmers that shopping through AgroStar is beneficial.

Agritech startups are popping up in India. Nearly 60% of India make their living as farmers, and the government aims to double their incomes by 2022. If that is to happen, startups will play a key role.

One, 63Ideas Infolabs, based in the southern city of Bangalore, purchases agricultural products directly from farmers, selling them to retailers. It has set up a distribution system that prevents farmers from having to sell their crops at unreasonably low prices by eliminating "at least six middlemen," according to a company official. At the same time, it offers consumers products at low prices. The company has raised money from investment funds and companies both at home and overseas.