Modern, app-managed shared housing to grow into $2bn market by 2022 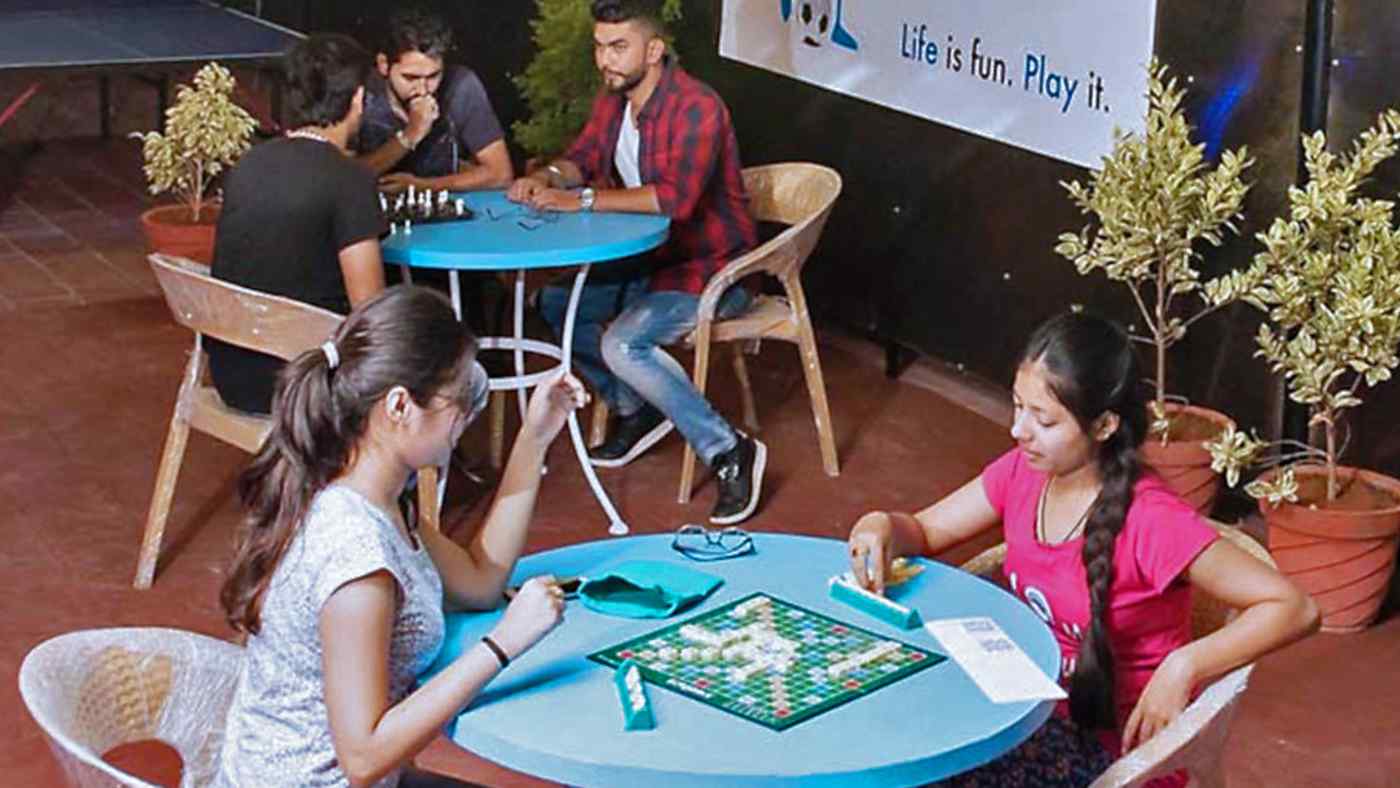 MUMBAI -- For India's millennials, home is where the apps are. Citizens -- and big doses of investment -- are pouring into modern "co-living" facilities, where residents share kitchens, bathrooms and living areas while owners offer a range of services through smartphone software.

The co-living business is taking off as migration to cities picks up, real estate prices rise and younger generations shy away from home ownership in favor of renting. By 2022, the market is projected to be worth more than $2 billion, "with well-funded entrants driving both supply and demand," according to a note by Red Seer Consulting.

Some of the biggest names in global investing have moved in, including Goldman Sachs and Warburg Pincus.

Anish Saraf, managing director at Warburg Pincus India, told the Nikkei Asian Review that while the concept of shared living arrangements is already widespread in India, in the form of paying guest facilities run by landowners, these spaces do not meet the expectations of the young, millennial population.

"We are attracted by the large market opportunity in India for providing high quality, modern and affordable living spaces targeting students and young professionals," Saraf said, "and we have seen this space grow rapidly across many markets in Asia including China." A property in Pune managed by Zolo Stays, which raised $30 million in a recent funding round from investors including South Korea's Mirae Asset. (Photo courtesy of Zolo Stays)

Numerous other ventures are sprouting up. The arrival of startups like NestAway, NoBroker and StanzaLiving doubled the supply of beds to around 50,000 in 2018, according to Red Seer, and that number looks poised to grow exponentially. 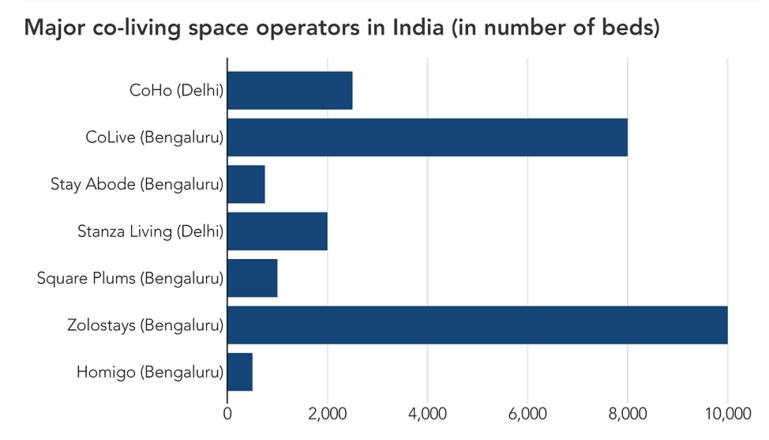 Co-living facilities generally come fully furnished, with Wi-Fi, cleaning and security. The services are managed through apps, which let tenants pay rent as well as make requests or file complaints to the operators. To foster a sense of community, co-living companies organize events for tenants.

Similar setups are catching on in mainland China, Hong Kong and the U.S. In India, Sandeep Singhal, a managing director at Zolo Stays investor Nexus Venture Partners, said co-living affords an opportunity to standardize the rental housing market and "everyone who is looking at the space is moving with that attitude."

Most Indian co-living startups follow an asset-light business model, charging tenants fees for a bed and for managing the premises. But strategies differ from company to company.

"It will be like ordering a pizza, wherein you can choose the services you want and pay accordingly"

Zolo Stays, for example, takes apartment blocks on long-term lease and rents them out to tenants with amenities and services such as electricity, housekeeping and meals. The company, which currently does business in six cities, intends to expand to four more this year, including Mumbai. It will also enter the student hostel segment given growing demand, according to co-founder and chief executive Nikhil Sikri.

NestAway, on the other hand, focuses on listing shared homes or individual flats and helping customers rent them, without charging brokerage fees from the apartment seekers. Only recently has it started leasing apartments on its own and managing them. But it is planning to offer a host of services by subscription, including furniture, office transportation and insurance of belongings.

"We plan to move from housing as a service and living as service," said Amarendra Sahu, co-founder and chief executive of NestAway. "It will be like ordering a pizza, wherein you can choose the services you want and pay accordingly."

One of the challenges that co-living businesses face, according to Warburg Pincus' Saraf, is that residential yields in India are typically low. He said this makes it essential to use space efficiently while offering a hassle-free experience.

Real estate consultancy Knight Frank sees room for better yields. The company reckons the co-living sector presents a new asset class for investors to diversify risks, apart from the $32 billion home rental market. The sector is at an early stage, and with low barriers to entry, a higher rental yield of 10% to 13% can be achieved, it said.

Another challenge is lower consumer spending power, versus markets like Hong Kong and China. And like ride-hailers such as Ola and Uber, co-living startups need to ensure safety and security, Nexus Venture Partners' Singhal said.

For 25-year-old marketing professional Swarna Vishwanathan, though, living in an organized shared-living space means she no longer has to deal with troublesome owners, high deposits and the chore of furnishing a place.

"I pay 10,000 rupees now against the 15,000 rupees I used to pay," she said. "If I have issues with repairs, I raise a request on the NestAway app and the work is done immediately."