JAKARTA -- Indonesian startups targeting the country's smaller cities are, slowly but surely, beginning to attract investor interest -- even from a world-famous hip-hop artist.

New companies focused on so-called tier 2 and 3 cities and engaged in sectors ranging from fintech and social commerce to digitizing family-run shops have raised tens of millions of dollars in the past few years. Investors are attracted to such startups as they are essentially diving into a potential blue-ocean market -- smaller Indonesian cities that are digital laggards and far from the ultracompetitive tech scene in places like the capital, Jakarta.

Local venture capital investor Alpha JWC Ventures says the archipelago will see "about three unicorns" -- private companies valued at over $1 billion -- emerge in the next five years from startups focused on the smaller population centers. "Tier 2 and tier 3 cities are three to five years behind tier 1 cities when it comes to digital adoption," the venture capitalist said in a recent report. But it expects that a "large prize" awaits investors, as the digital economy in those locales is expected to expand about fivefold by 2025. 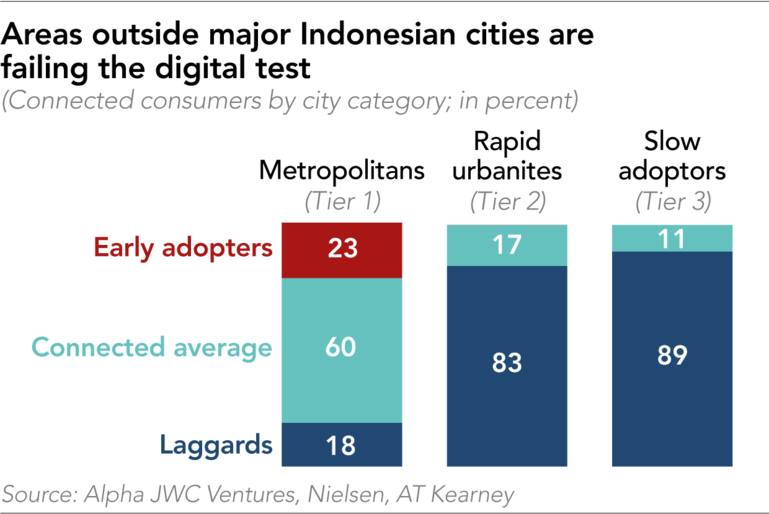 Digitizing the warung, as mom and pop stores are called, has drawn special interest. In the past year alone, startups like BukuWarung and BukuKas, which provide digital bookkeeping apps for small roadside shops and stalls, and Ula, which aims to help small retailers streamline their supply chains, have each received over $10 million in funding from global and local investors. Warung sell consumer products -- instant coffee, snacks and cigarettes -- and are part of the vital fabric of people's daily lives in tier 2 and 3 cities, where large shopping malls are a rarity.

Social commerce startups such as Evermos and Super, which both allow individuals to become resellers of consumer products -- the former for Islamic goods such as food, cosmetics and clothes -- have also obtained funding in recent years, with Super securing capital from Arrive, the VC arm of Jay-Z-founded entertainment company Roc Nation. Arrive is also an investor in Kopi Kenangan, an Indonesian middle-market grab-and-go coffee chain.

Indonesia's digital economy was worth an estimated $44 billion in 2020, according to a report by Google, Singapore-government-owned investor Temasek and Bain & Capital. But much of that activity occurred on the most populous island of Java, which accounted for 58.7% of Indonesia's gross domestic product last year. And that heavy weighting is mostly thanks to the Special Capital Region of Jakarta -- which alone accounts for 17.5% of GDP -- and hosts the country's biggest tech companies, including Gojek, Tokopedia and Traveloka. 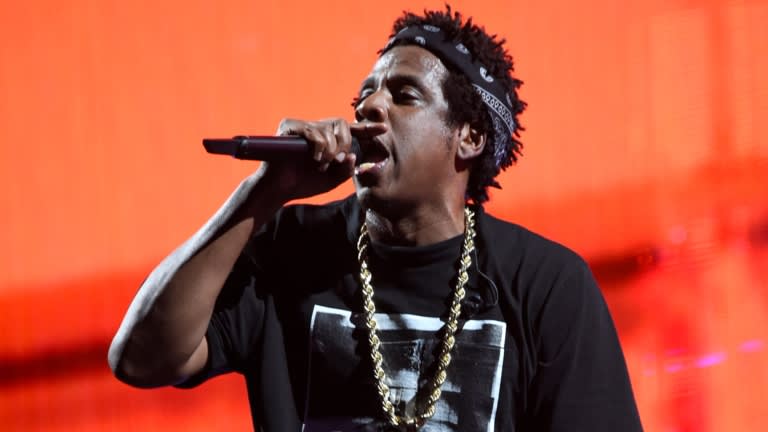 Jakarta trumps all cities in digital competitiveness, according to a report by Indonesian venture capital investor East Ventures. The capital had an index score in that category of 71.9 in the VC's 2021 research, which takes into account items such as infrastructure and human resources, ahead of second-place Bandung, capital of West Java Province and home to the Bandung Institute of Technology, Indonesia's version of the Massachusetts Institute of Technology.

Other Indonesian tier one cities include the likes of Surabaya and Bandung, both on Java.

Tier 2 cities as defined by Alpha JWC, such as Denpasar on the island of Bali, Makassar on Sulawesi and Semarang on Java were a distant fourth, 10th and 14th respectively, while tier 3 cities such as Java's Magelang and Sumatra's Prabumulih failed to make the top 25, coming in at 52nd and 88th, respectively.

However, "nonmetropolitan areas are growing faster and increasing in economic importance," Alpha JWC said in its report. "As the country grows and the government intensifies the economic diversification efforts ... tier 2 and 3 cities will be more prominent economically, increasing [their] share of GDP by 3% to 5%."

Another factor affecting startups is the coronavirus pandemic, which has forced people even in remote places to digitize their lives to some extent as movement restrictions were put in place to slow the spread of infection.

Alpha JWC says e-commerce will expand in tier 2 and 3 cities "on the back of mainstream adoption," which will enable related sectors like consumer lending and digital payments to grow as well. 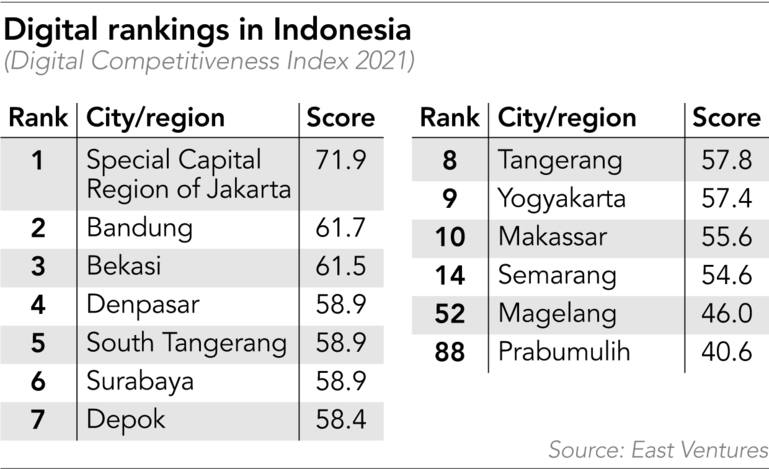 Still, Gojek, the country's biggest tech company, and its Singapore-based rival Grab, which counts Indonesia as its biggest market, could take a hit. Ride-hailing and food delivery -- the core businesses that propelled both companies to titan status -- will "be limited in tier 2 and 3 cities as the importance of convenience is lower" in such locales where traffic congestion is less of an issue, Alpha JWC said.

But the two giants, keen to capture growth in tier 2 and 3 cities, have prepared for just such a scenario.

Gojek got on in the act in September when it launched GoToko, which connects warung with consumer goods companies to allow shopkeepers to easily replenish inventories. Last month it also invested in KitaBeli, a social commerce startup targeting nonmetropolitan areas, through its venture capital arm, Go Ventures.

E-commerce platforms Tokopedia and Bukalapak, both Indonesian unicorns, also have substantial businesses supporting warung. And that poses a challenge for startups pinning their hopes on tier 2 and 3 cities, as they will sooner or later have to compete with the region's biggest tech companies with far bigger war chests.

A case in point is Grab. The company announced on April 13 that it will list on the Nasdaq through a special purpose acquisition company, or SPAC, with the transaction netting the Singapore-based company $4.5 billion in cash. Gojek and Tokopedia are also on the verge of merging with a view to go public.