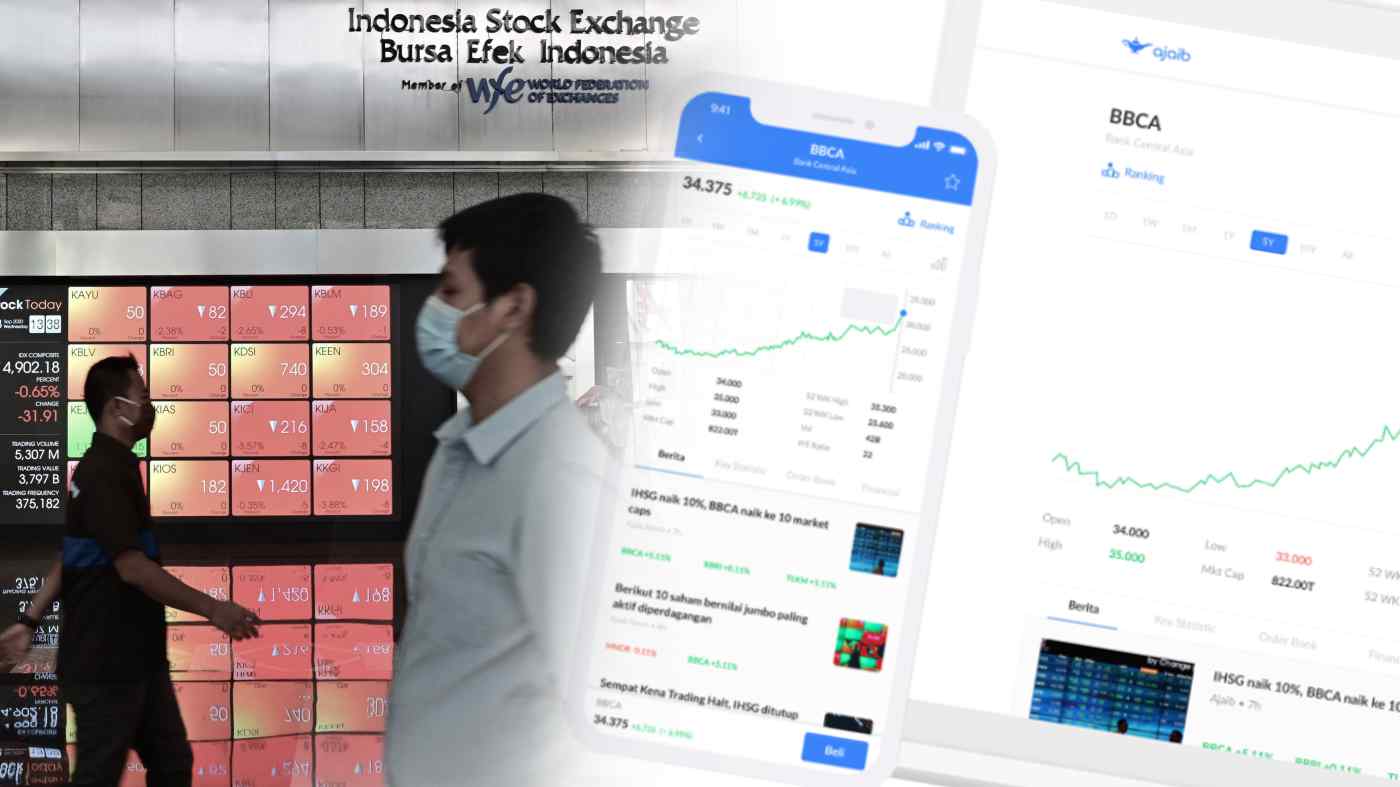 JAKARTA -- Ajaib, an investment app in Indonesia akin to Robinhood of the U.S., said on Monday it has become the country's latest unicorn after raising $153 million in its Series B funding.

Ajaib's status as a unicorn -- a private company valued at more than $1 billion -- comes just three years after its foundation and reflects growth in Indonesia's retail investing sector. Ajaib claims it is "the fastest startup to reach unicorn status in Southeast Asia."

The startup has raised a total of $243 million in 2021, including $90 million in its Series A round in March. Investors in the latest round include a number that have also invested in Robinhood, including DST Global, Ribbit Capital, ICONIQ Capital and IVP.

Ajaib allows users to buy and sell company shares and mutual funds on its app. While it does not offer commission-free trading like Robinhood, it does have lower fees compared to its competitors, which are usually the trading platforms of local securities companies. It also claims to be the first online stockbroker in Indonesia to have scrapped minimum capital requirements for its users.

There were 2.6 million retail stock investors in Indonesia as of the end of August, according to the Indonesia Stock Exchange; Ajaib said it accounts for 1 million of those. It also says that a majority of its users consist of millennials and Gen Z, who are first time investors.

Anderson Sumarli, Ajaib's co-founder and CEO, said in a statement that the startup will be using the raised funds to "massively recruit product and engineering talent from the region and launch products to attract more first-time investors."

Indonesia has seen a rapid rise in such investors in recent months, thanks to the growth in Ajaib and other investment platforms, as well as people having more free time at home due to social restrictions in the face of the coronavirus pandemic. Retail investors accounted for 59% of trading value on the IDX in the eight months to August, compared to only 37% in 2019, according to the exchange.

While the IDX has always wanted more retail investors in a country with a stock investor penetration rate of 1%, the surge poses challenges to it and trading platforms as they try to balance nurturing the country's capital markets with educating novice investors about trading risks.

Ajaib's Sumarli told Nikkei Asia in a recent interview that as part of its "mission to democratize investing" it is providing comprehensive stock analysis to "help beginners learn and understand more about investing."

The retail investor growth this year "is just the beginning to build a generation of investment, a generation that understands the importance and benefits of investing," Sumarli said. "We at Ajaib take this responsibility seriously and have invested a lot of resources to help educate our users on how to enjoy investing in a responsible and proper way."