Japan awash in 91 IPOs this year

Historic showing marred by underwhelming performance in the market 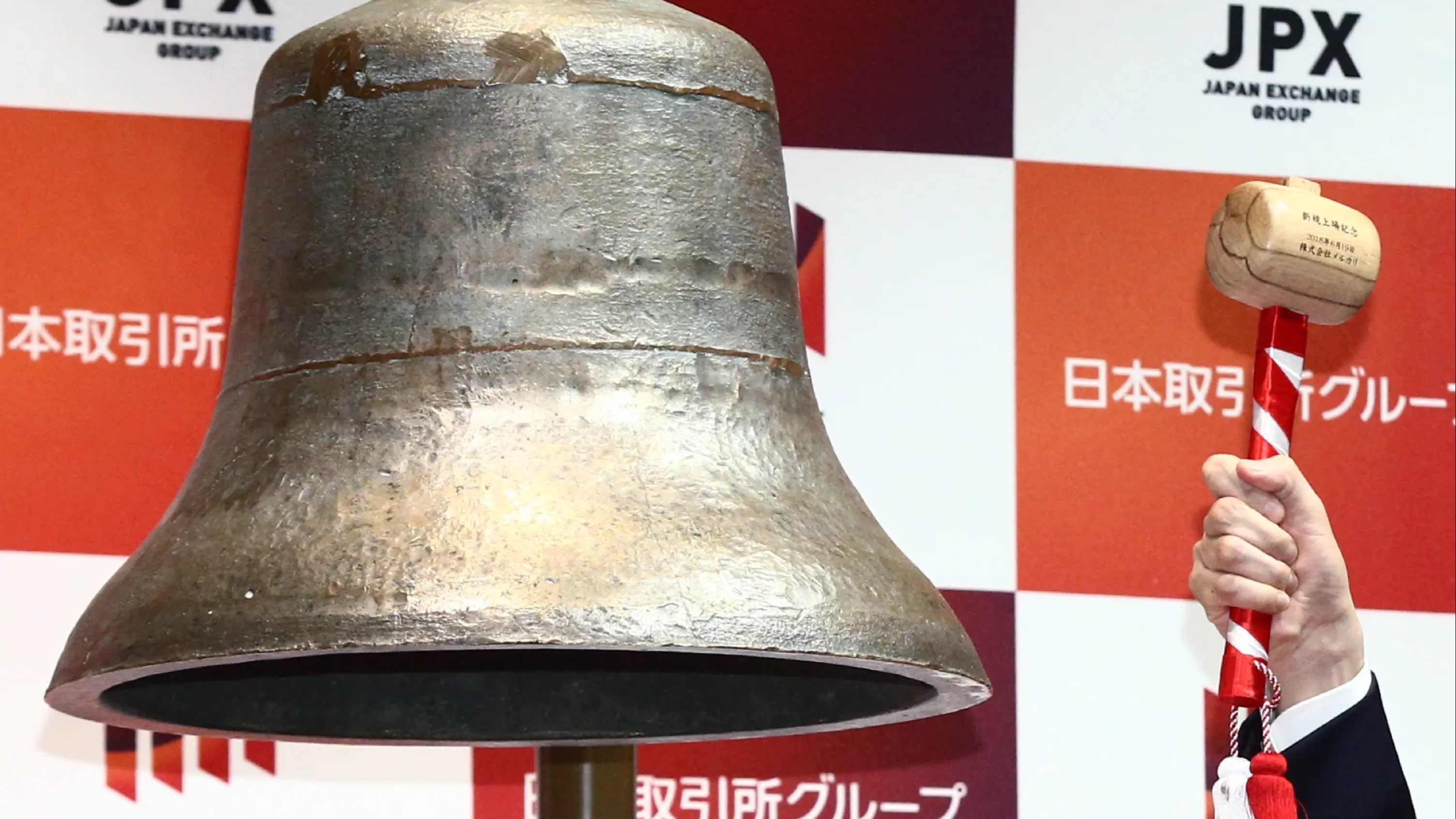 The Tokyo stock market will wrap up its second-busiest year for IPOs in the past decade. (Photo by Taro Yokosawa)

TOKYO -- By the time this year closes, Japan will have witnessed 91 initial public offerings, the second-highest tally in the past decade, to be headlined by the blockbuster debut of mobile carrier SoftBank Corp.

The IPOs are due to raise roughly 210 billion yen ($2 billion) from freshly issued shares, a 130% gain from last year. But the global equities slump that started this fall has led to a number of companies trading below their opening prices after their market debut.

A total of 78 companies had listed in 2018 as of Dec. 17, with 13 left to go before the year ends. At 91, the figure is just shy of the 92 IPOs recorded in 2015. After sinking to just 19 IPOs in 2009, during the immediate aftermath of the global financial crisis, the number of listings has topped 80 in each of the past four years. Last year had 90 IPOs. The tally excludes technical listings and floats on the Tokyo Pro Market, an exchange open only to certain professional investors.

This year's showing has much to do with corporate Japan fostering a new crop of startups. Funding sources, such as corporate venture capital, are active to the point that "support for business starts and later growth have become generous on the domestic front," said Ichiyoshi Securities' Katsumi Udagawa, who is well-versed in the startup market.

Japan's economic recovery and low interest rates have also given IPOs a leg up.

Many of the startups are either online outfits or involved in artificial intelligence, among other advanced technology. While these businesses do not require large amounts of funding, innovation and name recognition can help them grow quickly enough to list on the stock market.

Companies offering software services form the bulk of this year's IPO crop, at 29. Data and communication businesses were a close second at 27. Both groups account for over 60% of the listings.

This year's contingent took an average of 16.9 years to make it to the IPO stage, less than 17 years for the first time since 2000. App developer And Factory made the goal in roughly four years.

Minus overallotment, the 91 companies are due to raise roughly 210 billion yen from newly issued shares. That sum was last topped in 2014, when about 345 billion yen was raised. That year saw the stock market debuts of Japan Display, the LCD screen maker which emerged from under a government-backed fund, as well as restaurant operator Skylark.

Among the new faces this year was flea market app Mercari, which so far owns the fundraising crown at 54.4 billion yen. Mercari plans to use the proceeds to jump-start U.S. operations. Beauty equipment company MTG raised 34.2 billion yen.

SoftBank Group will put 2.6 trillion yen worth of mobile unit SoftBank onto the market on Dec. 19, but none of that will be in the form of new shares.

When sales of existing shares are included, the amount raised by this year's IPOs would surpass 3 trillion yen, according to one estimate, marking an all-time high.

As of Dec. 17, IPOs had opened 2.1 times higher than offer prices on average, a multiple only bested by 2013 over the past decade. AI developer Heroz debuted in April at 11 times the offering price.

But 60 of the 78 companies that listed this year are now trading below their opening price. The woes follow global trends that have been galvanized by fears of a Sino-U.S. trade war.

M-mart, which runs an online business-to-business trading platform for foodstuff, is trading at a 75% discount to its opening price. Mercari's shares are more than 50% below the initial price, hitting an all-time low on Dec. 17.

Despite the headwinds, next year's IPOs "can be expected to top 2018's performance," said Keiji Kuramoto, head of Nomura Securities' IPO department.

Other analysts are less rosy about the prospects. "The flow of funds from retail investors to IPOs is falling," said Hirozumi Kobayashi at Tokyo investment adviser Fisco.