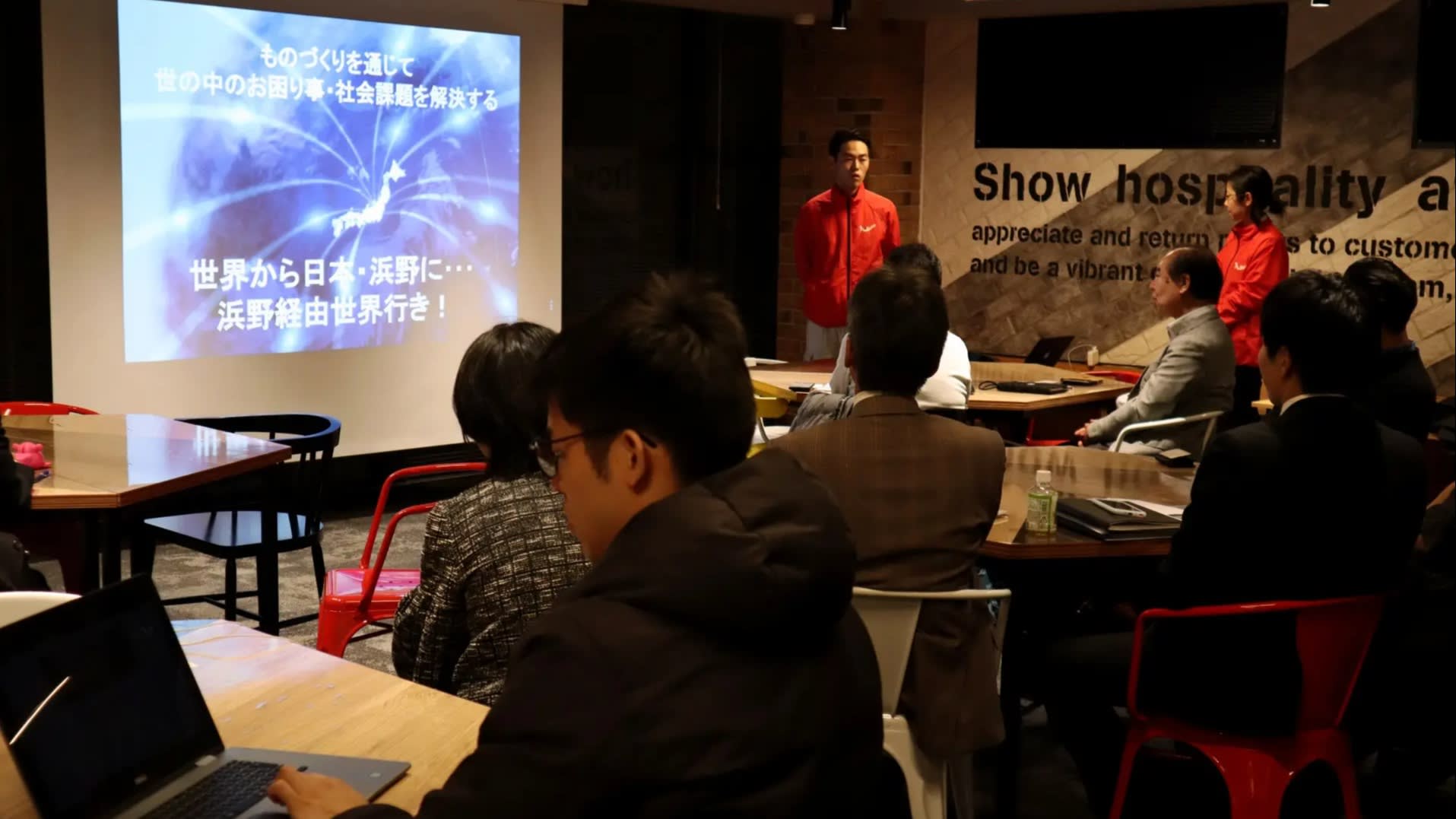 Hamano Products holds a consultation session in January with about 10 startups and small manufacturers to share ideas.

Many startups outsource prototyping and the development of mass-production systems to factories in Shenzhen or Taiwan, which can do the job at low cost, but some are starting to see value in working closer to home. The new partnerships are giving young businesses in growing industries access to Japan's storied manufacturing expertise, and bringing in fresh businesses for the country's network of small factories.

Langualess, a Tokyo startup that opened in December, has developed a harness-like device for dogs that helps owners gauge their pet's emotional state. The company outsourced prototyping of the gadget, called Inupathy, to Taiwan.

But Langualess had trouble communicating the specifications of the sensors to its Taiwanese partner, said CEO Kana Yamairibata. So, with about seven months to go before launch, she decided to entrust preparations for mass production to three small manufacturers in Tokyo. The decision was the right one, she said.

Hamano Products, a sheet metal processor and component maker in northeastern Tokyo with about 40 employees, is one success story. On a recent day, engineers from Hamano and Telexistence, a Tokyo-based robot developer that got its start at the University of Tokyo, gathered around a drawing near a roaring metal-cutting machine at Hamano's factory.

"Let's change the shape like this for mass production," said the Hamano engineer, tweaking the drawing and moving on to the next step.

After working with Hamano to hone its mass-production technology, Telexistence raised 2 billion yen ($18 million) from Airbus Ventures and other investors last November. "We hope that our technical capabilities will help implement the new technology developed by researchers," said Hamano Products President Keiichi Hamano.

Hamano has cooperated with more than 100 startups, some of which took part in a consultation session that Hamano held in January. The aim is to involve other small, technically skilled manufacturers in an effort to solve common problems.

Leave a Nest, a Tokyo-based company that supports startups, wants to create a group of "super factories" -- small, tech-savvy factories nationwide that can help manufacturing startups. Factories in Osaka and Tochigi Prefectures have expressed interest. Leave a Nest plans to choose 10 facilities to take part. Yukihiro Maru, the company's CEO, said he wants to see Japan regain its status as a global manufacturing hub.

Information technology companies are predominant among Japan's startups, but manufacturers are a growing presence. Robotics startups raised 27.6 billion yen in 2017, an increase of 55% from the previous year, according to Tokyo-based Japan Venture Research. Internet-of-things startups pulled in 20.2 billion yen that year, up 34%. They still trail new companies working in artificial intelligence, which saw investment leap 170%. Still, the fast growth of manufacturing startups shows they are overcoming two key hurdles: developing prototypes and getting their products ready for mass production.

1.27 million small businesses in Japan -- one-third of the total -- are in danger of disappearing because their aging owners are having trouble finding successors, according to the economy ministry. Collaboration with young entrepreneurs, who have new business ideas and enthusiasm, could help some find a new lease on life.