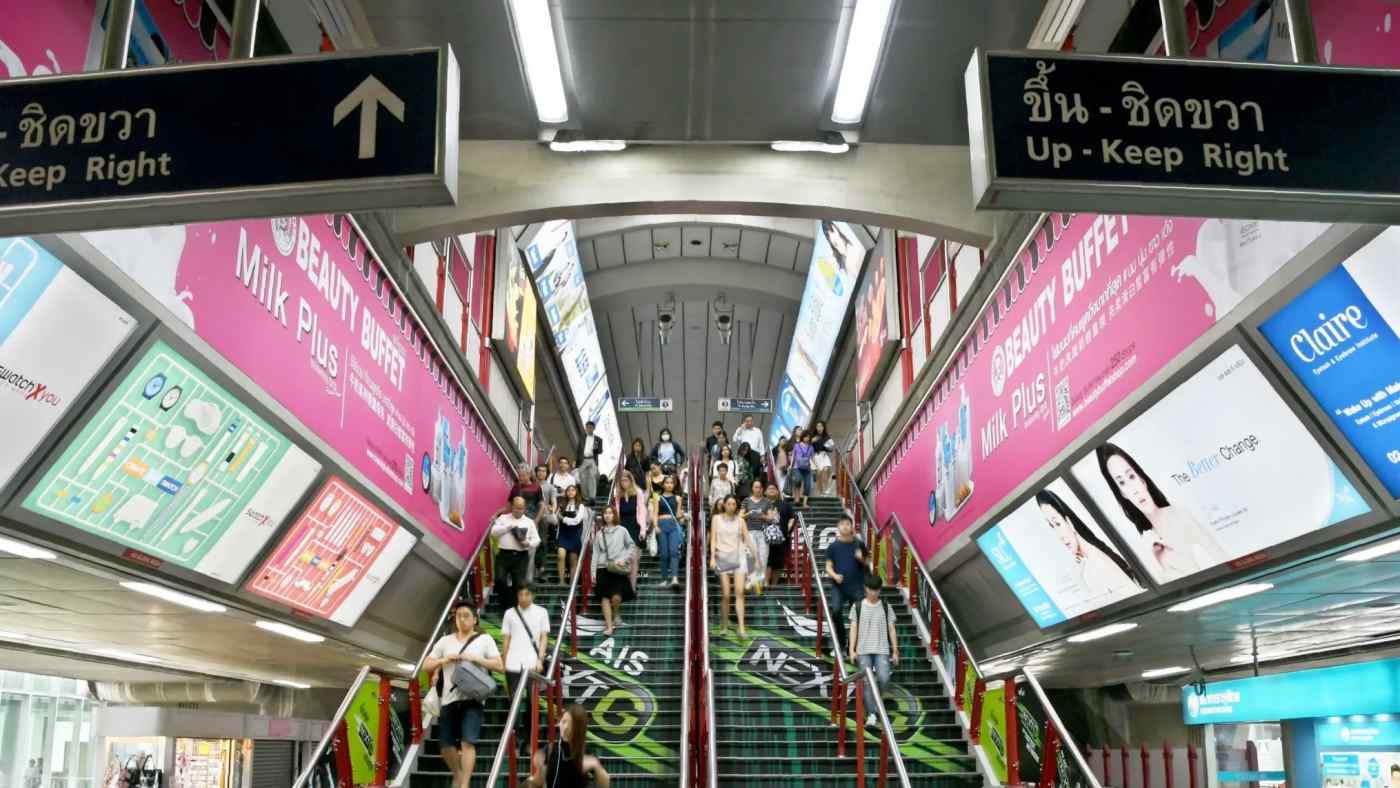 BANGKOK -- Singapore-based AI ad technology startup AnyMind Group raised $8 million in its latest funding round Wednesday, looking to target rail passengers with ads based on their appearance at stations in Bangkok.

The Japanese-led company will step up its outdoor digital advertising business using artificial intelligence, starting in Thailand. Cameras placed with signage at train stations and elsewhere will capture the genders and age groups of passers-by to instantly display targeted ads.

The company entered into a joint venture in such operations with VGI Global Media, a Thai offline-to-online advertising solutions provider under the umbrella of Thai railway operator BTS Group Holdings. Expanding this later to the rest of Southeast Asia and Japan is under consideration, an AnyMind source said.

AnyMind issued new shares for private placement to Japanese leasing company Tokyo Century and VGI. A breakdown was not disclosed.

AnyMind also aims to ramp up acquisitions in Asia using the new funds. The company said Wednesday that it has purchased Bangkok-based digital content management company Moindy Digital, which has more than 500 YouTube and Line TV channels in its network.