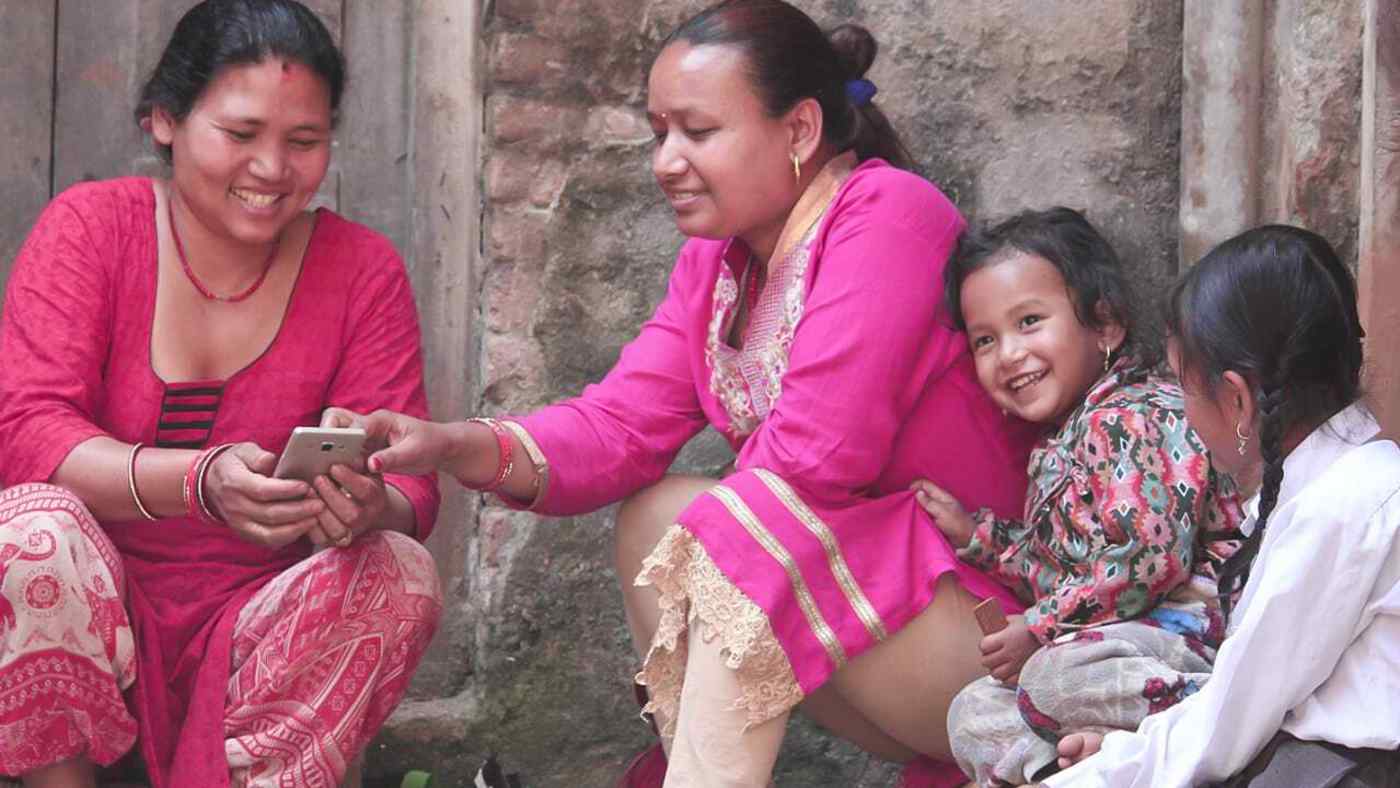 KATHMANDU -- Nepal's top e-wallet app, Khalti, has cemented its place in the country's digital payment market within two years by getting women on its side, empowering them to reduce the digital gender gap and improve their entrepreneurial skills.

Since the fintech service was launched in 2017 by Amit Agrawal, co-founder and director, Khalti has helped Nepalis to pay bills for mobile phones, satellite TV and electricity, among other things, as well as making digital services such as movie ticket booking and hotel reservation easily available.

"We have over 20,000 agents [shops that accept the Khalti payment system] already in all parts of the nation. Within a couple of years we plan to have 100,000 agents throughout the country," Agrawal told the Nikkei Asian Review.

Khalti, which means "pocket" in Nepali, began with four partners using internal funding. Three years later, the company has 115 employees, more than 50 of whom are women. The startup has 1.2 million registered users, with 150,000 active users, of which 70,000 are women.

The startup's growth has been driven notably by its female users.

Soon after they launched Khalti, Agrawal and his team were disheartened to see that only 17% of its users were women and most of them were inactive. "This prompted us to make plans not only to capture [more women users but] also to empower them digitally at the same time," he said.

Nepali women continue to face several discriminative issues including child marriage, violence, low wage labor and Chhaupadhi, a tradition practiced in some rural parts of the country prohibiting women and girls from participating in normal family life while menstruating. As a result, women lag behind men in the country in terms of economic empowerment.

Supported by the United Nations' Fintech Innovation Fund and by Spring, an Africa and South Asia-focused business accelerator program backed by international aid organizations including the UK's Department for International Development, the startup initiated two projects to empower Nepali women by educating them with digital skills.

First, Khalti launched the "Smart Chori" or "Smart Daughter" campaign in July 2019. The company has trained about 10,000 Nepali women and girls, aged 15-35, in financial knowledge and skills through the mobile app-based program.

The app provides Smart Chori lessons via videos, quizzes and tasks. Through the lessons, Khalti trains girls to use its e-wallet to make payments and receive money from others quickly so that they can spend more time on productive work.

"Before Khalti's training, I was totally unaware that [a lot of tasks], such as making payments for utility bills, can be done via digital wallets," said Ramita Manandhar, an ex-trainee and a daily wage worker in the central town of Banepa. It used to take her a whole day to travel to utility offices to pay her bills, she said. "After I started using Khalti, I feel much better with financial management."

Due to promotional offers in Khalti's in-app marketplace, many people in her community have joined up, experiencing high sales volumes of their homemade products. "The most interesting thing Khalti offers is quizzes. It's fun as we can learn from them, as most of the questions are related to the use of a digital wallet or financial literacy," she added.

"We understood that a new revolution had to be initiated in Nepal to change the prospects of Nepali women," Agrawal said. "The impact [of the campaign] has been huge as it has destroyed the stereotype that only males can pay household bills. Smart Chori teaches both children and parents that daughters are equally capable to run their homes and offices digitally."

The startup also started a project to support 3,500 women-led micro, small, and medium-sized enterprises in 12 different districts across Nepal, working with SABAH Nepal, a social business organization that supports the strengthening of livelihoods of women in Nepal. The project promotes the use of Khalti for financial purposes, especially in rural areas.

By using the app people do not have to travel frequently to banks or other financial institutions to make transactions, which used to consume a lot of their productive time. These SMEs are also benefiting by being able to sell their products in Khalti's e-commerce marketplace.

Having achieved a good track record in empowering women and expanding its business, Khalti now aims to proceed to its next goal of building a digital ecosystem as the country heads toward a cashless and digital society. The startup is looking to become "a broader technology company that aims to bring all sectors into digitization," Agrawal said.