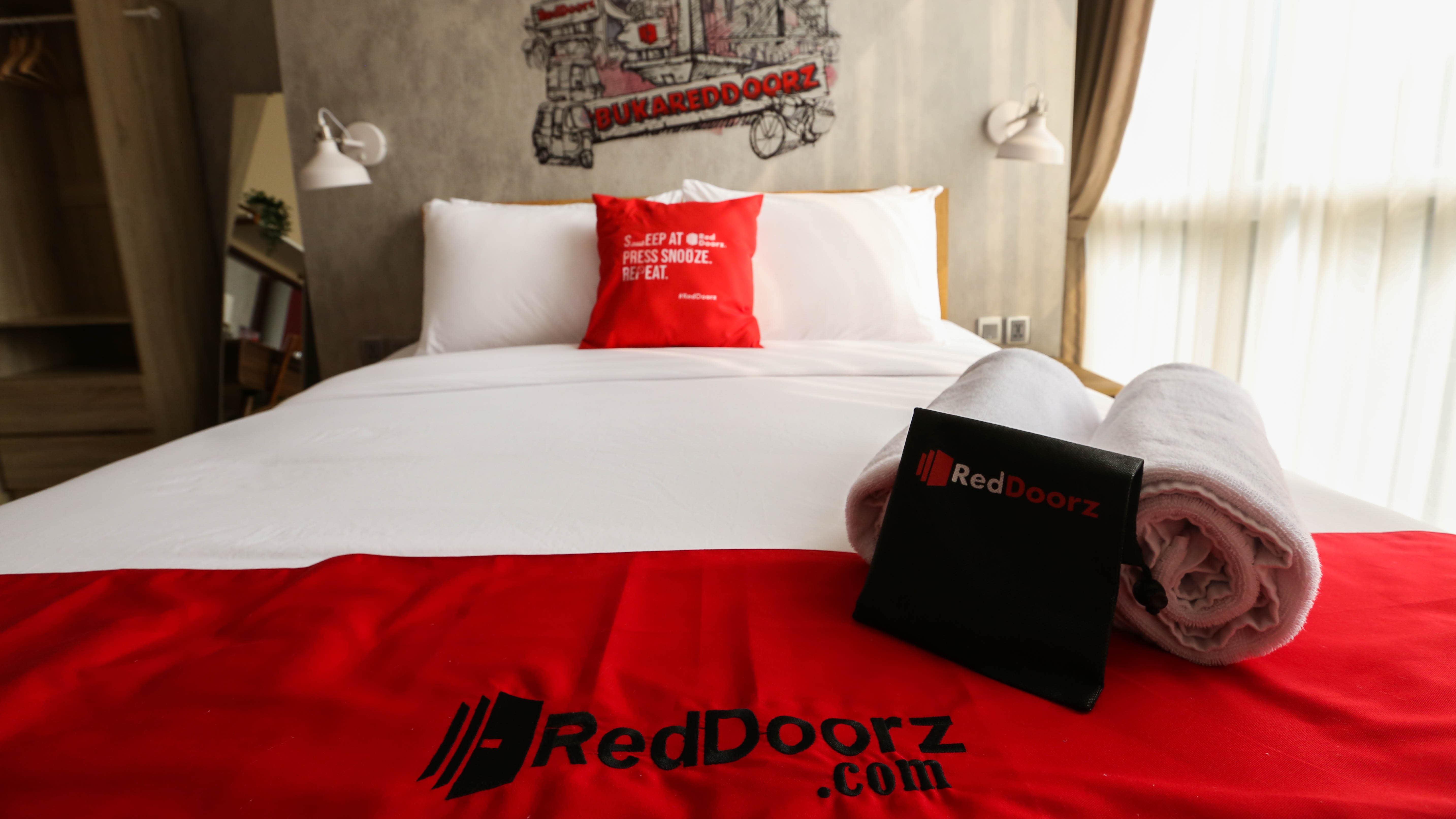 JAKARTA -- While it has been around for decades in Indonesia, the long-stay room rental business has never been a lucrative venture or drawn much investment interest.

Historically, it is a way for older people to earn additional income by renting out spare bedrooms -- known locally as indekost or kost -- usually to university students or local workers, who would live with fellow room-renters, sharing facilities like a toilet, kitchen and living room.

However, over the past few years, rising urbanization coupled with the rocketing price of homes has led to a surge in demand for kost accommodation in the country's main cities. In fact, a survey from Indonesia Property Watch in 2018 found that almost half of millennials in the capital city of Jakarta prefer to live in such long-term rental arrangements.

This has prompted bigger and more established players to jump into the business, including technology companies who see big opportunities in an industry commonly categorized as 'co-living'. The latest to enter the fray are Indian hotel group and unicorn OYO and Singapore-based hotel and booking outfit RedDoorz, which have expanded to the kost/co-living market having already chucked tens of millions of dollars into budget hotels in Indonesia.

The kost space, however, may present bigger challenges for the two foreign groups, with a number of local startups already starting to gain a foothold in the segment after receiving venture capital backing to expand their operations. Among them are Mamikos (backed, according to Tracxn, by Kakao Ventures), BaCe Capital-backed RoomMe and Shunwei Capital-backed Rukita.

For these tech startups, the fragmentation of the market, as well as a lack of standardization and poor visibility of kost rooms, are the main problems they aim to tackle, by working with landlords or property owners to revamp, manage and market their inventories.

Mamikos, an industry pioneer that is best known for its kost listing site that claims to generate the "highest traffic in the field", has only recently delved deeper into the business by managing some of the rooms on its platform. However, it acknowledges that it is not the only one that has identified this as an exciting opportunity.

"The kost or room rental business has always been a promising prospect, especially in the areas near campuses, schools or workplaces. In Indonesia, there are 20 million potential kost tenants and over a hundred thousand kost owners. A lot of other players have noticed this opportunity and are starting to enter the field," said Mamikos co-founder and CEO Maria Regina Anggit.

OYO is one such player. Having recently pledged to invest up to $300 million in Indonesia, the company quickly decided that the kost space was worth attention. In October it launched OYO Life, a co-living venture with which it aims to replicate its success in budget hotels.

When it launched in Indonesia in October, the company announced that it already had 2,500 rooms under management across eight cities. By November, the company said it was "exponentially moving toward 5,000 rooms covering more than 10 cities".

"What we observe as the main challenge for a budget hotel and kost space here in Indonesia is that they are not standardized and they have low visibility to customers. Understanding the specific needs for our target customer is the key," said OYO Indonesia country head Alfian Lim.

While OYO is confident it will be able to leverage its experience in the budget hotel segment to crack the kost market, critics are not convinced. In fact, some believe the company's expertise in its core business might put it at a disadvantage in its new business.

For one thing, long-stay rental customers are very different to those seeking the deeply discounted short stays for which OYO is known. As far as properties are concerned, it has been widely reported that OYO works with landlords using a revenue share scheme, which is understood to be unpopular among long-stay property owners.

Secondly, the commercial nature of the two markets is different. Simple hospitality-type rental allows landlords to maximize revenues, while for more formal housing, local authorities and regulators are involved, with a focus on improving the quality of living.

Indonesia is not the first market for OYO Life. OYO launched its co-living arm in India late last year, claiming to be "the largest long-term co-living player in India. Just over a year on, one of its investors, Yahoo Japan, announced that it has exited the venture, in which it had a 33.9% stake, to focus on other initiatives.

Much of OYO's challenges also apply to RedDoorz. However, the Asia Partners-backed company seems to have tried to mitigate some of them by entering the kost business using a different, almost unrecognizable brand -- Kool Kost.

Kool Kost has not been officially launched, but has been mentioned on the RedDoorz website, described as affordable monthly accommodation with free wi-fi and guaranteed clean rooms. When contacted, RedDoorz declined to provide more information on Kool Kost.

While the arrival of OYO and RedDoorz in Indonesia has not gone unnoticed, neither has it stopped some prominent venture capital firms from placing bets on existing kost startups. In October, Ant Financial-backed BAce Capital led a series A funding round of an unspecified sum in Jakarta-based RoomMe, which has been in the game since 2016. Other participants included Singapore's Vertex Ventures and KK Fund.

Another player that has secured fresh capital is Rukita, a relative newcomer but one that has quickly attracted global investment interest. In its first round of funding, backers included Sequoia Surge, Golden Gate Ventures, Shunwei Capital and SeedPlus.

Rukita, which claims to specialize in full-stack operations of landlord assets including design, transformation, revenue management and operations, does not compete directly with OYO and RedDoorz as it caters to a market with higher price points. However, it is bound to feel the impact of raised prices on the supply side brought about by the arrival of the two heavily funded foreign groups.

According to Rukita co-founder Sabrina Soewatdy, the world of tech startups has now started to move away from a "growth at all cost" strategy, where capital and speed of execution used to be the primary determinants of success.

In the kost space, for example, the winners will no longer be solely determined by the depth of their capital. Instead, more intangible qualities will be important, such as the ability to build close relationships with both landlords and tenants in order to minimize customer churn and acquisition costs, having deep knowledge and experience in local real estate markets in order to make the right picks and investments and the ability to manage cash efficiently in what is a capital-intensive business.

"Given the existing state of the venture market, where investors are increasingly scrutinizing businesses to ensure they "make sense", I believe that capital will be significantly less forgiving. As such, determinants of longevity in this industry [will include] the ability to maximize margins or minimize losses," she said.

Interestingly, while vying for market share in the kost space, Rukita, unlike its peers, is also tapping into an emerging co-living segment -- apartment co-living -- which pits it against a new set of competitors, including Insignia Ventures-backed Yukstay, East Ventures-backed Co-Hive and newcomer Flokq.

Though these companies target different real state supply to the kost players, they largely fight in the same battlefield on the demand side, as the gap in prices between high-end kost and affordable shared apartment rooms has become virtually non-existent.

"Increasingly we have seen our members and potential prospects aspiring to a certain quality that best-in-class apartments offer. Traditionally the apartments have been unaffordable and offered limited flexibility. With our offerings, we intend to change some of this and hence we anticipate this market to grow in size at a rapid pace," said Flokq founder and CEO Anand Janardhanan.

This community aspect, much aided by buildings' shared recreational facilities, was one of the elements contributing to a better quality of long-term stays compared with kost settings, Janardhanan added.

He is hoping that apartment co-living in Indonesia will soon take off, as it has in other -- albeit more developed -- markets. The U.S. has seen the growth of players like Bungalow, which recently raised a $47 million series B funding round, while in India, Zolostays has enjoyed relative success and is reportedly in talks with Credit Suisse about raising $100 million in a series C round to fund its expansion plans.

Closer to home, Singapore's Hmlet, backed by Sequoia India, is arguably one of the leading players and has recently secured a $40 million round led by Burda Principal to further expand its presence following forays into Hong Kong and Sydney.

As far as venture capital investment is concerned, what is interesting to note is that none of Indonesia's slew of local venture firms have backed startups that focus on the country's co-living business, despite growing interest from foreign investors.

"It's an unproven industry. Once there are several successful exits, the local VCs might start looking at this industry more favorably," said Arip Tirta, former co-founder and CEO of proptech startup Urbanindo, which was acquired by Singapore's 99.co early last year.

Tirta, an active angel investor and founder of social commerce company Evermos, also believes capital raising for co-living players, in the short term, may be impacted by the recent debacle of loss-making co-working space provider WeWork, which saw it fail to go public and its valuation drastically corrected from an estimated $47 billion to $8 billion.

The event has put scrutiny on the business sustainability of all tech startups, but may have a bigger effect on co-living players, given the perceived similarities between the co-living and co-working business models, which involve leasing, renovating and renting out commercial spaces.

Investors of co-living startups, however, would beg to differ.

Justin Hall, a partner at Rukita-investor Golden Gate Ventures, says that WeWork is, fundamentally, a sound business that has not evolved normally. The company, he observes, received extraordinary sums of capital without first establishing the processes, maturity, leadership and culture necessary to manage the hypergrowth that came with that investment.

Rukita, on the other hand, operates in a different vertical, he argues, administering far better commercial terms with its landlords, in a fast-growing albeit still developing market.

"To the casual observer, there may appear to be parallels between co-living and the WeWork debacle, but like all things, the devil is in the details: things as simple as sensible execution, good corporate governance and rational boards can often mean the difference between a unicorn and a disaster," he said.