Ola says its e-motorbike factory in Tamil Nadu will produce 10 million units a year and will roll out a product every two seconds at full capacity of the plant. (Photo courtesy of the company)
ROSEMARY MARANDI, Contributing writerMarch 23, 2021 12:01 JST | India
CopyCopied

MUMBAI -- Indian ride-hailing service Ola, one of the country's largest startups, is readying a 10-million-units-per-year electric motorcycle manufacturing facility in south India with the ambition of joining the ranks of leading players like U.S.-based Tesla and China's Nio in the e-mobility space.

Built with an investment of 24 billion rupees ($332 million), the factory will serve as "the company's global manufacturing hub for its range of electric-powered scooters and two-wheelers [for] across India and international markets including Europe, UK, Latin America, Asia Pacific, Australia and New Zealand," Ola said in a statement.

The Bangalore-headquartered company, backed by Japan's SoftBank Group, will complete phase one of the Future Factory by June, with a production capacity of 2 million units a year; the entire facility is expected to be complete by 2022. The factory, built on a 202-hectare site in the state of Tamil Nadu, will have 10 production lines and will roll out a scooter every two seconds at full capacity.

"(Our) plans are big, bold, and global with an aim to be world's leading tech-driven sustainable mobility company. It is transformational, instead of being incremental. It is global, instead of just India. It is massive scale, instead of playing on the margins," the company told Nikkei Asia in an email response. 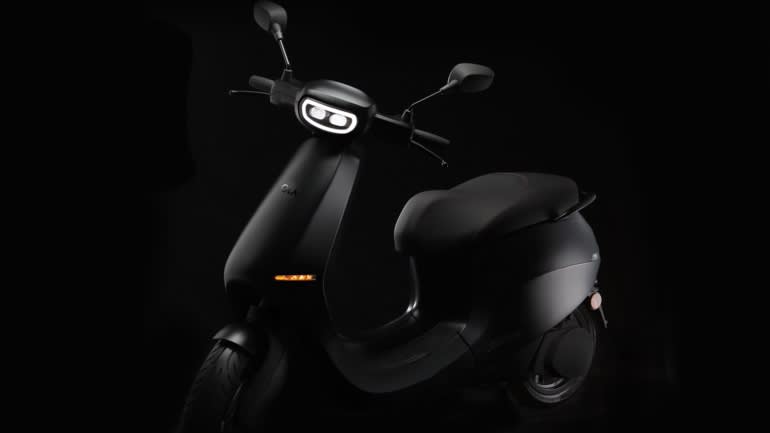 From making e-scooters initially, Ola will expand to producing a wider range of electric motorcycles in the years to come. (Photo courtesy of the company)

For Ola, the e-motorcycles business will be a marked expansion from its usual business of ride-hailing, which it started over a decade ago. Ola currently serves in over 250 cities across the world via a wide range of vehicles across bikes, auto-rickshaws, metered taxis and cabs, through over 2.5 million driver-partners.

Ola, officially registered as ANI Technologies, has so far raised a total of $3.8 billion from global powerhouses such as SoftBank, China's Tencent Holdings and Tiger Global Management. The company was valued at $6 billion, according to Hurun Global Unicorns 2020. It was ranked fourth in India after Paytm, Oyo and Byju's.

Ola has been mulling an initial public offering for the past couple of years. Its co-founder and CEO Bhavish Agarwal has insisted on several occasions that the public listing of its shares will happen in India. In a recent interview with Bloomberg, he reiterated his plan to hit the stock markets in the next 1-2 years.

From making e-scooters initially, the company will expand to producing a wider range of electric motorcycles. In February, it selected Switzerland-based ABB as one of its key partners for robotics and automation solutions for its factory's key manufacturing process lines, including its painting and welding lines. ABB robots will be deployed for the battery and motor assembly lines. "The future of mobility is electric, and the post-COVID world presents an opportunity for us to accelerate the adoption of electric mobility globally," Agarwal has said.

"Every year, almost twice the number of two-wheelers are sold across the world compared to cars. With electric, digitally connected capabilities, two-wheelers will further emerge as the most preferred urban mobility paradigm around the world and empower every consumer. ... We look forward to building the best global capabilities in engineering, design, and manufacturing for these products to be made here in India."

CARE Ratings Analyst Vahishta Unwalla pointed out that not only India but an increasing number of other nations around the globe are now pushing toward EV adoption. "Ola setting up its manufacturing plant in India augurs well for the country's sustainable mobility goals, as it attracts more investments and creates jobs in the sector and also helps generate exports revenue for our country," she said.

However, Ora's bold move has its challenges. India's e-vehicle adoption is still at a nascent stage, though a number of automakers such as Tata Motors and Mahindra & Mahindra have begun strong transitions.

According to a Prescient & Strategic Intelligence report, the yearly retail sales volume of electric two-wheelers is expected to reach 1 million units by the end of 2025, up from 152,000 in 2019. Still, this is a very small number compared to Ola's planned production capacity.

"The challenge for the company is going to be in the form of fast EV adoption from consumers, as Indians are price sensitive and will need an incentive which is good enough to move to an EV where they may need to shell out higher money from their pockets when compared with a petrol vehicle," CARE Ratings' Unwalla said. 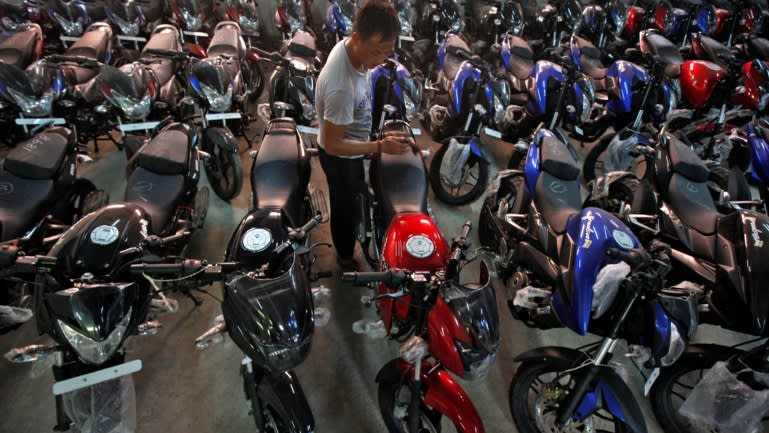 In the fiscal year ended March 2019, more than 21 million motorcycles were sold in India, the most in the world.   © Reuters

"The firm is also expected to face competition from existing big and established players like HeroMoto Corp., Bajaj, etc. which have a credibility in the Indian auto market," she added.

Even if Ora sells its products outside India, there is no guarantee that consumers worldwide will immediately adopt its electric products.

While Ola has not yet announced the prices of its scooters, some media reports suggest it might be less than 100,000 rupees. According to a report by Autocar India, Hero MotoCorp's Splendour was the highest selling bike in the financial year ended March 2020. The model is priced at 67,000 rupees. The top 10 products on the list are priced from 67,000 rupees to 90,000 rupees.

Gulzar Harrison, a Goa resident and avid motorcyclist, thinks it is a good idea to switch to electric bikes given rising fuel prices and his desire to reduce his carbon footprint. However, he said, "I am still not sure the batteries are disposed of in an environmentally safe manner."

Trupti Shah, who owns the Electric Wheels showroom chain in Mumbai, told Nikkei Asia that high gasoline prices have created a huge spike in the use of electric scooters and motorcycles. But none of the around 300 products offered in the market is 100% India made, Shah said.

"If it is not made in India, the availability of parts and scooters becomes a problem. I faced it thrice during the lockdown," Shah said. "We are looking forward to the Ola ecosystem to make electric mobility convenient, dependable and affordable."