Rent my wheels: India's Drivezy brings driver and owner together 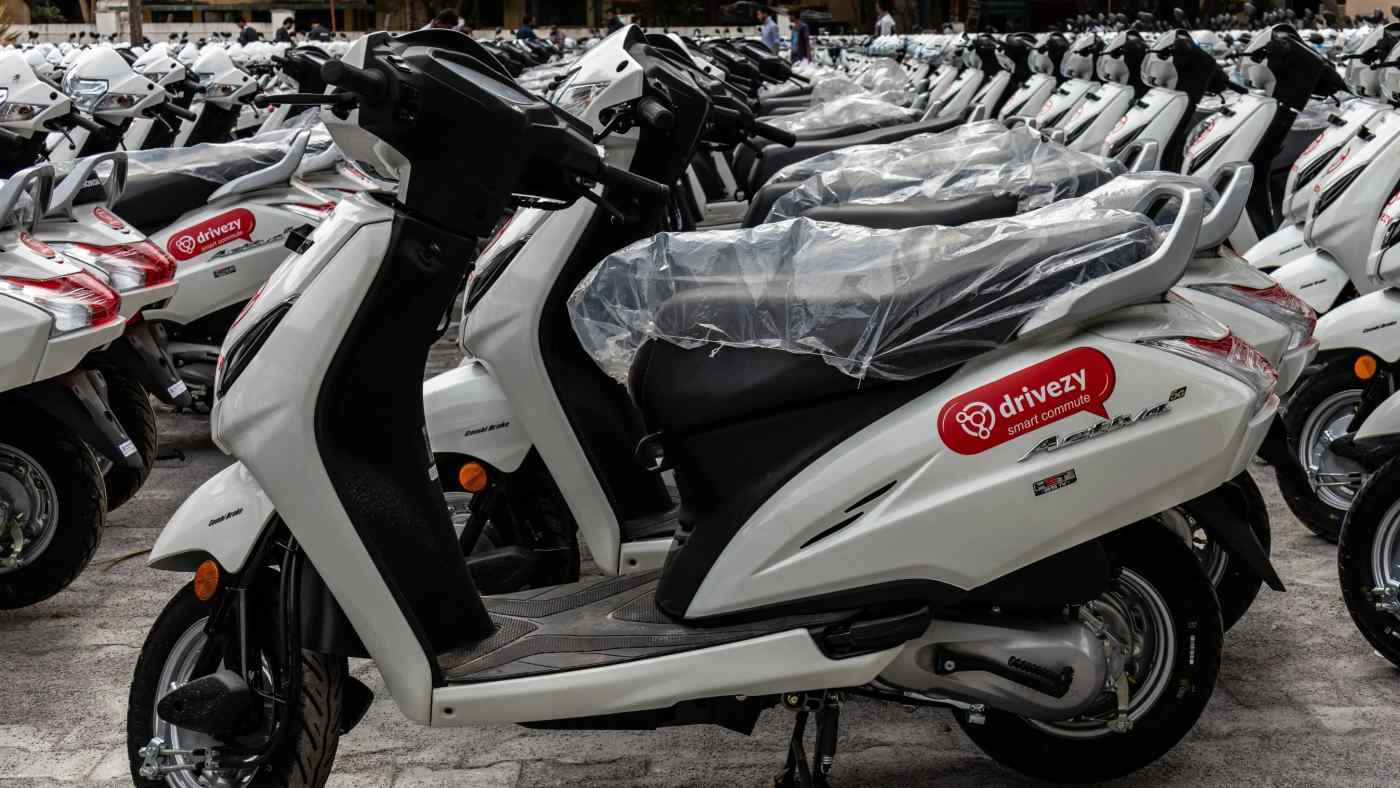 Drivezy, which lets private owners of cars and motorbikes rent them out to others, is looking to raise a total of $500 million to fund its expansion in India and Southeast Asia. (Photo courtesy of the company)
KIRAN SHARMA, Nikkei staff writerMay 1, 2019 13:57 JST | India
CopyCopied

NEW DELHI -- Drivezy, an Indian car and motorcycle rental platform with a unique peer-to-peer business model, aims to raise $100 million in equity funding and another $400 million in asset financing as it seeks to expand at home and overseas.

Bangalore-based Drivezy has emerged as India's top player in the private motorbike and scooter rental segment, where companies like Bounce and Vogo are fast catching up. In cars, Zoomcar, which operates in nearly 30 cities, is its biggest competitor.

But Drivezy is the only company in India's vehicle-sharing market that offers cars and motorcycles on a single platform. What makes it even more exceptional is its peer-to-peer business model, which lets owners with idle cars or motorbikes rent them to others.

Established in 2015, Drivezy, formerly known as JustRide, says it has more than 1.5 million customers across India. When it started, it had a small fleet of around 200 vehicles. The platform has since grown to over 2,600 cars and 15,000 scooters. The startup operates in 11 cities, including Delhi, Hyderabad and Mumbai.

Unlike other vehicle-sharing services, "we don't purchase our own vehicles," said Ankur Sengupta, Drivezy's head of business development. "Most of the vehicles listed on our platform are owned by individual owners," Sengupta said.

Customers pick up prebooked vehicles from a designated Drivezy parking lot after verifying their identity. Fees start at 50 rupees (71 cents) an hour for cars and 3 rupees for motorbikes. Vehicles must be returned in the same condition they were borrowed, with the renter potentially on the hook for any damage. The issue of liability poses problems for the company, according to some analysts.

The company remains hungry for growth. "We are doing this fundraising on rolling basis instead of a single-series block," said Sengupta, adding that Drivezy is in talks with "listed companies" in Japan and "big investors" from Singapore and China.

"Currently, the fundraising is open for the next 12 months. We look to close the entire round in the next three to four months this year," Sengupta said, without naming the companies Drivezy is in touch with.

His comments follow a recent report in the Economic Times newspaper that said Japan's SoftBank Group and U.S.-based Amazon were in talks to lead the $100 million equity financing round for the startup, which already counts venture funds Das Capital, Axan Partners, IT-Farm, and Yamaha Motor among its backers. 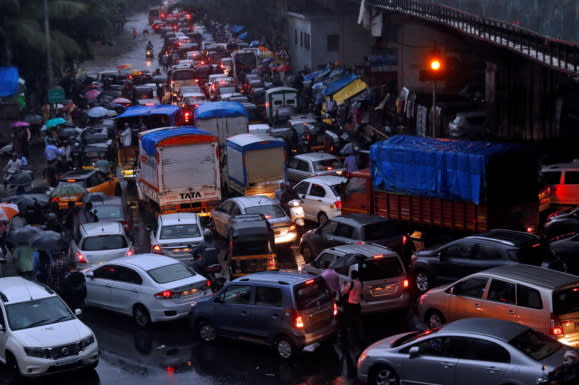 Mumbai is notorious for its traffic jams, encouraging the growth of the car-sharing business in India.   © Reuters

Drivezy's platform is open to more than individuals who want to rent their personal vehicles. The service also has investors who buy new cars and two-wheelers and put them up for rent. One is K. Ananth, who has 110 vehicles -- 60 cars and 50 bikes, all of which are new -- on the company's platform. "I have not put [the vehicles on the Drivezy platform] overnight but over a period of time," he said. "The return is consistent," roughly 30% annually, said the Bangalore-based Ananth, adding that Drivezy has grown "by leaps and bounds" since its inception.

Around 75% of Drivezy's customers are millennials between 18 and 35 years old. Customers sometimes come from unexpected quarters. Sengupta said that couriers from Amazon and Swiggy, which delivers restaurant meals, "are also coming on our platform, [and] this is completely organic," adding that Drivezy offers monthly leases on scooters for 3,000 rupees.

One of the main challenges, Sengupta said, is to provide the infrastructure to encourage sharing. Drivezy, he added, has been trying for the past year to create space for the vehicle-sharing ecosystem by setting up its own garages to handle regular servicing of its cars and two-wheelers.

Analysts see a lot of potential in private vehicle rental companies. Deepesh Rathore, director of Emerging Markets Automotive Advisors, an auto consultancy, is especially optimistic about the two-wheeler ride-sharing. "There's definitely scope for [growth] in cities, where there is a problem of last-mile connectivity," Rathore said.

But Rathore is not enthusiastic about the peer-to-peer business model. "What if there is a problem with the vehicle while you are riding or driving it? Things might go wrong because of poor maintenance of the vehicle, and you could end up paying for it, though it was probably not your fault in the first place. There is an issue of quality control on the operational side," he said.

Drivezy hopes to double its service to 21 cities in India by year's end. Regarding its overseas plans, Sengupta said the company will soon begin a pilot project in the U.S. with 100 cars. "We are also working to get a few Tesla cars on board, to basically test out operations from the [electric vehicle] angle."

The company, which is aiming to turn a profit by 2020, is talking to "a few players" in the ride-sharing industry in Southeast Asia over a possible joint venture to expand in the region, especially in Indonesia, Thailand and Vietnam, "which have a market dynamic very much similar to India," Sengupta said. "Our primary focus again would be on bikes and scooters there, which is turning out to be a good mode of commute in crowded cities."