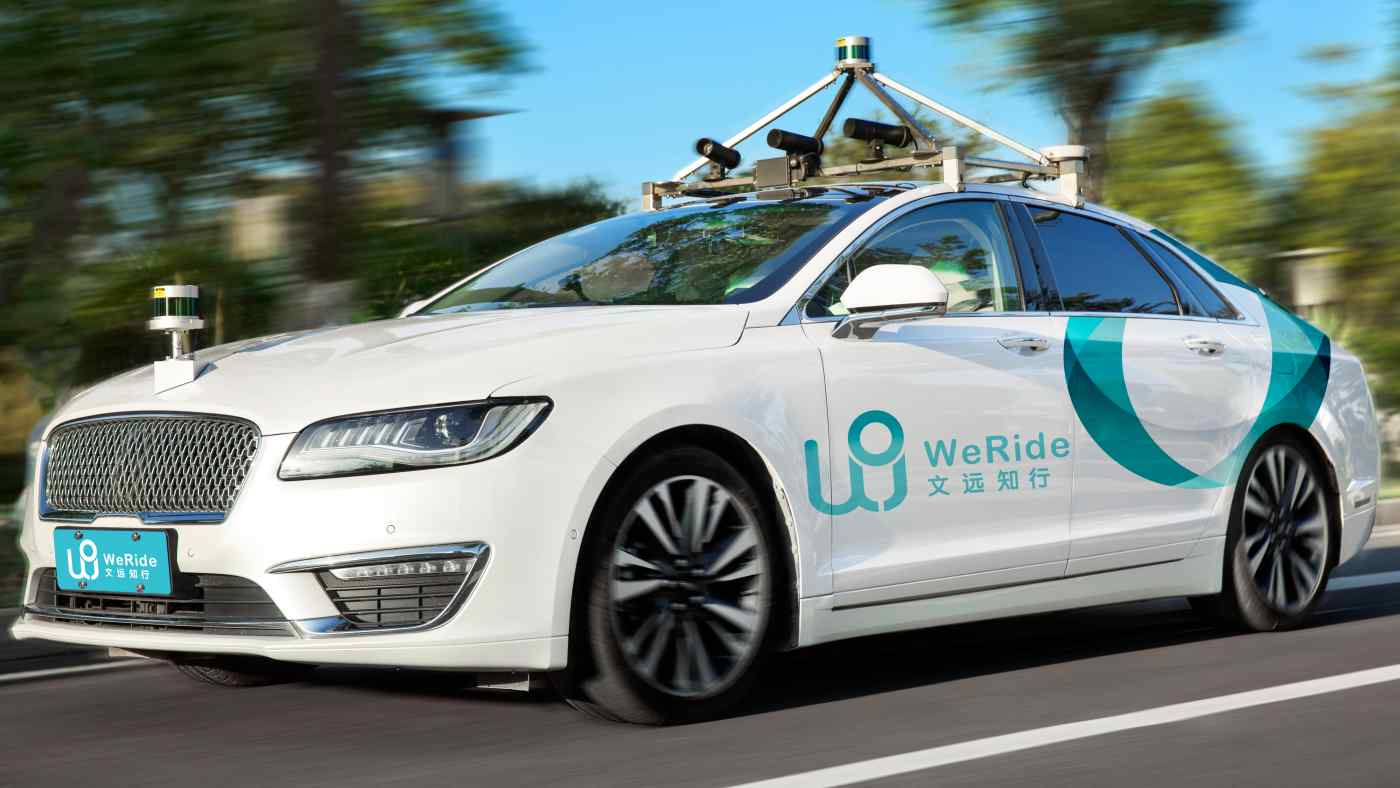 TOKYO -- Autonomous cars are still as far as a decade away, industry insiders say, despite the intense hype and $35 billion invested globally in their development so far.

One of the biggest challenges in developing fully autonomous driving, according to Zhong Hua, senior vice president of engineering at Chinese startup WeRide, is accounting for human behavior.

"Some people violate the traffic rules, or sometimes unusual objects are placed in the road. ... You don't know all of these cases," Zhong told the Nikkei Asian Review last month on the sidelines of an automotive technology event hosted by IHS Markit in Tokyo.

"[Having no human driver] is just very difficult. As we road test in China, we know well there are very difficult scenarios ... We don't think that the technology will be able to handle that in a very short period of time."

The need to account for human behavior -- both pedestrians and other drivers -- was tragically highlighted in March 2018 when one of Uber's self-driving cars struck and killed a pedestrian in Arizona.

WeRide, which is backed by the Renault-Nissan-Mitsubishi alliance venture fund and Hong Kong-based artificial intelligence unicorn SenseTime, focuses on commercializing level-4 autonomous taxis in China. Level 4 is the second-highest level of autonomous driving, defined as fully autonomous in controlled areas.

WeRide plans to expand its number of autonomous cars to 100 from the current 50 by the end of this year and to 500 by next year, though it has delayed plans to launch its first autonomous taxi service in July.

The company, meanwhile, announced on Aug. 7 that it will form a joint venture with local taxi company Baiyun Taxi Group, part of Guangzhou Public Transport Group, and SCI (Guangzhou) Group, an investment firm focusing on the high-tech sector, to develop a robo-taxi service.

"Our vision is that in the near future, it is still going to be a hybrid model, as we try to have humans [driving] in some areas or some time period," Zhong said.

This could mean, for example, that taxis could be fully autonomous at night when there is less traffic and transport goods rather than passengers, but require human driver during the day.

"We don't want to release the [autonomous] service only for a very short period of time in a limited area because for the users, the experience will be bad," he added.

Zhong's caution stands in stark contrast to the bold claims that many other industry players have made. Uber, for example, forecast in 2016 that it would produce 75,000 self-driving vehicles by 2019 and provide fully self-driving taxis in 13 cities by 2022. That same year Carlos Ghosn, the former chairman of Renault, Nissan Motor and Mitsubishi Motors, promised hands-off urban driving by 2020.

The promise of self-driving technology has also drawn in massive amounts of money. There has been around $35 billion worth of investment, or between $8 billion and $10 billion a year in recent years, according to Egil Juliussen, a director at IHS Markit.

"Level-4 autonomous vehicles are coming later than originally forecasted," Juliussen said, predicting that they will only start to appear for personal use in the U.S., China, Europe and Japan in 2025. Level-5 driverless ride hailing and personal autonomous vehicles will appear around 2029 at the earliest, he added.

Major carmakers are also acknowledging that development is not happening as quickly as they previously predicted.

"We overestimated the arrival of autonomous vehicles," Ford Motor chief executive Jim Hackett said in April. While the automaker still plans to launch its self-driving car fleet in 2021, "its applications will be narrow, what we call geofenced, because the problem is so complex," he added.

In July, Ford and Volkswagen announced a partnership to work closely to develop autonomous and electric vehicles. U.S.-based startup Argo AI, backed by Ford, will provide autonomous-vehicle technology in ride-sharing services in a few urban zones as early as 2021. Ford will invest $1 billion while Volkswagen will pour $2.6 billion in Argo AI.

Nissan said during this year's Consumer Electronics Show in Las Vegas in January that "true autonomous cars will not happen within the next decade."

In addition to backing WeRide, the alliance announced in June a partnership with Waymo, owned by Google parent Alphabet, to research commercial self-driving vehicles in France and Japan.

WeRide's Zhong says there has been huge progress in autonomous driving technology in the last five years, with Waymo launching a commercial robo-taxi service in Arizona at the end of 2018 -- though a human driver is present to intervene in case of emergency. "[The long-tail cases] are the last part of the puzzle," Zhong said.

Juliussen from IHS said the delay in the development of autonomous vehicles is down to the difficulty that software has in understanding human behavior and unusual events that happen very rarely.

"The automotive companies became more cautious and some funding may have been delayed."