Singapore VC joins entrepreneurs in hunt for next Grab or Gojek SINGAPORE -- The COVID-19 pandemic has energized Southeast Asia's startup ecosystem, with increasing numbers of companies attaining unicorn valuations while closing in on IPOs. This has attracted venture capitalists looking to seed promising next-generation startups that might become the next Grab or Gojek.

One regional investor has started a unique program, teaming up with about 20 veteran entrepreneurs across the region to identify promising young companies.

Singapore-based Monk's Hill Ventures, which targets Southeast Asian startups, has launched a program called Venture Scouts, in which the company allows the "scouts" -- or partner entrepreneurs -- to use its money to seed startups. While helping established entrepreneurs, the program also builds relationships with new entrepreneurs, with the aim of 50 new investment deals over the next two years.

Founded in 2014, Monk's Hill has poured money into some of the region's most prominent startups, including Singapore logistics operator Ninja Van, which just announced a $578 million fundraising deal backed by Alibaba Group Holding. Among other portfolio companies is Elsa, a U.S.-based edtech founded by a Vietnamese CEO.

"We used to have a network where we knew everybody who was starting companies," said Monk's Hill co-founder and managing partner Peng T. Ong in an interview with Nikkei Asia. "It wasn't that big a community in Southeast Asia. [But] over the last four years, it's just exploded. What I need to realize is that there are startups that are coming up that we didn't know about." 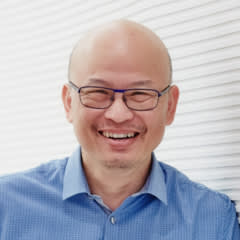 One of the scouts is Achmad Zaky, co-founder and former CEO of Indonesian e-commerce giant Bukalapak, which went public in August.

An investment through the scout program is typically less than $100,000 for seed-stage startups, according to Ong -- funds that help entrepreneurs flesh out ideas and build a team.

Scouts typically use both their own money and that of Monk's Hill for the investment. Both the scout and Monk's Hill become shareholders, but the shares are controlled by the scout, including voting rights and timing of selling. This freedom of action keeps the scouts more engaged when seeding startups.

"I'm hoping for north of 50 deals from this group of scouts over the next two years or so," Ong said.

The Venture Scouts program might also give Monk's Hill an edge over rival investors, as the program provides "at least an indirect relationship" with new entrepreneurs, Ong said. He stressed that personal relationships carry a great deal of weight in the venture capital sector.

The program reflects Southeast Asia's growing ecosystem: The region now has more successful entrepreneurs with vast networks and deep pockets. Ong said Venture Scouts probably would not have gotten off the ground seven years ago when Monk's Hill was founded.

"Having [startups] exit and having some level of liquidity allows the scouts to invest in seed investors," he said, noting that these entrepreneurs are willing to give back to the ecosystem by helping subsequent generations.

Since the pandemic emerged, Southeast Asian startups have been gaining traction globally. New York-listed online gaming and e-commerce group Sea has become the region's most valuable listed company, while ride-hailing super app Grab gears up for its IPO. In addition, several companies this year obtained unicorn status, or a valuation of over $1 billion, including Singapore's online car marketplace Carro.

According to data compiled by Singapore startup-tracker DealStreetAsia, a Nikkei group company, fundraising by Southeast Asian startups pulled in about $11.6 billion in the first half of 2021, more than double that of a year earlier.

Ong pointed out that the pandemic has ignited entrepreneurship in Southeast Asia. "COVID really forces people, entrepreneurs, to think very clearly about what they're trying to do as [they're] stuck at home," he said. He said that many of them in their 20s or 30s may be thinking, "I need to do a startup sometime in my life."