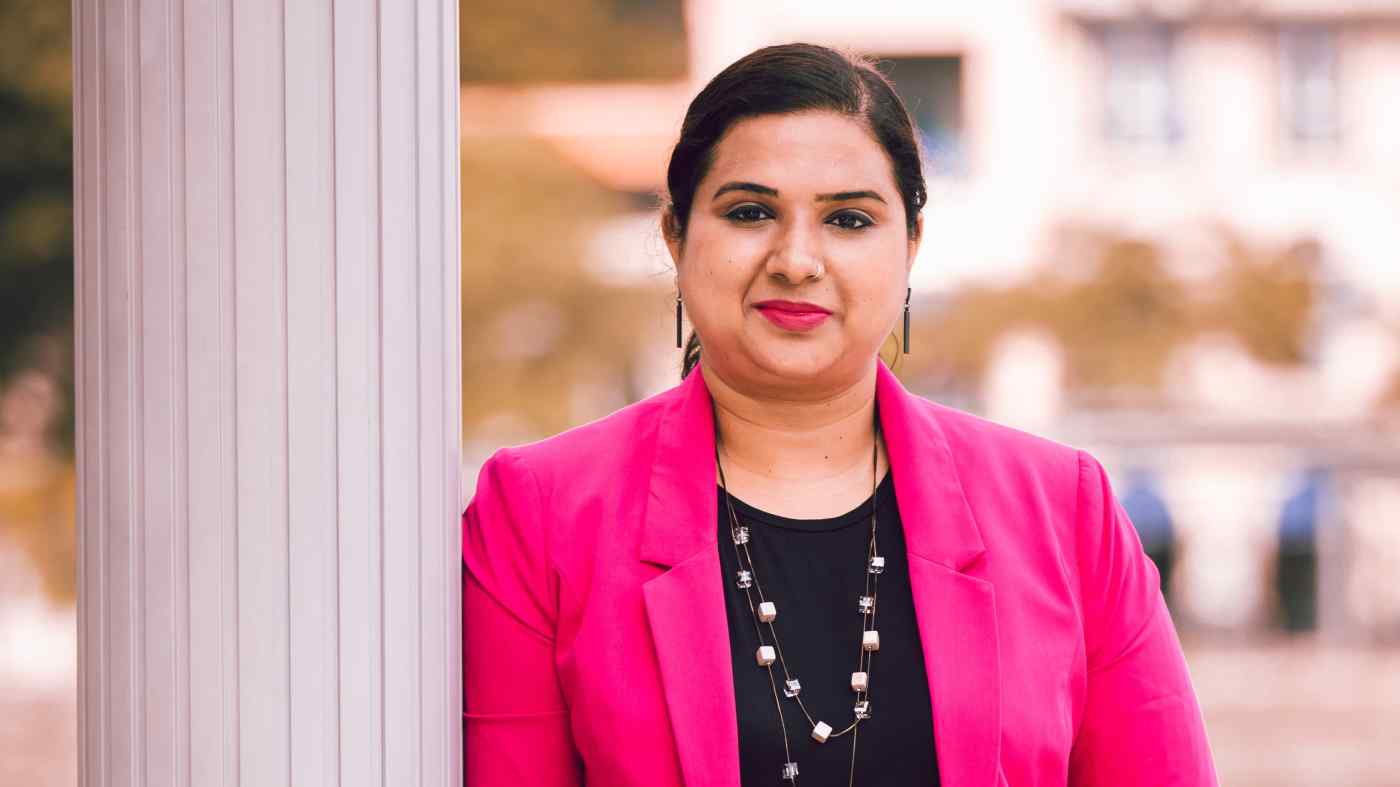 SINGAPORE -- In 2018, Sandhya Sriram, CEO of Shiok Meats, took a ferry from Marina South Pier to St. John's Island, 6.5 km off the main island of Singapore, every morning as she worked to build up their lab-grown shellfish meat company from scratch.

The startup had neither laboratory access nor research equipment. "So we ended up getting our first lab space" at the St. John's Island National Marine Laboratory to "isolate stem cells from shrimp," Sriram, 35, recalled.

Every evening, Sriram took the 40-minute ferry ride back to the main island. Missing the last boat meant an overnight stay on St. John's. There were no restaurants.

By November 2020, Shiok Meats was producing cultured lobster meat, growing the cells in a nutrient bath of amino acids and protein for four to six weeks. Its success with lobster followed its earlier development of cultured shrimp meat.

Cultured shrimp meat is similar in texture to minced meat, is good for cooking and tastes like natural shrimp, Shiok Meats says. The company is now also getting closer to a cultured crab meat product.

While Impossible Foods of the U.S. and other companies are producing plant-based substitutes for meat products, cultured meats grown from animal cells are rare, especially those from shellfish, and thus represent a virtually untapped market. This has helped Shiok Meats quickly become a food-tech leader.

Born in the Indian state of Gujarat in 1985, Sriram had an interest in the structures of the human body, plants and animals from a young age. By the time she reached university, she was studying microbiology. After receiving a master's degree in biotechnology in her home country, she enrolled in a doctoral program at Singapore's Nanyan Technological University at age 23.

Encouraged by Singapore's tradition of scholarship and respect for ethnic diversity, she decided to migrate to the city-state. Sriram's doctorate from the top-notch research university landed her a job at Singapore's Agency for Science, Technology and Research (ASTAR).

Sriram's career as a scientist appeared promising, but she was an entrepreneur at heart. "I decided to set up my own cultured meat company in the next three to five years," Sriram said. She became interested in cultured meat and began doing her own research on the topic.

After founding two startups, including a science news website, at age 33 Sriram founded Shiok Meats with Ka Yi Ling, a former colleague at ASTAR, in August 2018. The company raised $12.6 million in working capital in October 2020. Shiok Meats co-founders Sandhya Sriram, left, and Ka Yi Ling were colleagues at the Agency for Science, Technology and Research of Singapore. (Photo by Sharas Clickz)

Many people opposed the pair's decision to quit ASTAR. Sriram remembers one who said: "You're crazy. What's wrong with you? ... You're ending your life and career."

Because meat substitutes were then less well known than they are today, many investors were skeptical. Asian investors in particular were unwilling to bet on Shiok Meats, Sriram said. "It's a very risk-averse funding atmosphere in Asia."

Asia does not have Silicon Valley's deep and broad access to capital. Sriram spent "a lot of sleepless nights," she said, recalling Shiok Meats' rough beginnings. "I was literally doing rough math and I came up with a number: 'I've done about 5,000 pitches in the last two years,'" she said.

Still, Sriram held fast to her vision for cultured shellfish meat. "The shrimp industry is a multibillion-dollar market with a lot of environmental issues, so it was the need of the hour," she said.

The need for alternatives to conventional fish products, whether plant-based or meat grown in a lab, is growing along with protein consumption. In 2018, 150 million tons of seafood was consumed globally -- 70% of it in Asia, which has one of the highest per capita consumption the world, according to the U.N.'s Food and Agriculture Organization.

Wild fish catches are likely to be sluggish as global fisheries are depleted. Farmed fish accounted for 52% of fish consumed by households in 2018, with that share forecast to rise to 59% by 2030. If seafood substitutes can meet even part of the demand for cultured fish, the need for constructing large-scale aquaculture facilities will weaken. The burden on the global environment is expected to ease as a result.

In the U.S., plant-based fish substitutes are still in their infancy, making up just 0.06% of the country's $15 billion in annual retail seafood sales, and only 1% as much as meat substitutes, according to the Good Food Institute. Data from the U.S. nonprofit organization suggests the market for alternative seafood products has room to grow.

Stem cells, which have the potential to produce meat from a small culture, are thus a promising technology for meeting the rising demand for protein without harming fisheries. As cultured meats begin to catch on, more investors are taking a fresh look at Shiok Meats' business prospects.

Kozue Toyama, Singapore branch manager of Toyo Seikan Group Holdings, is one. Toyama "fell in love at first sight" during a presentation by Sriram. Toyama immediately decided that the leading Japanese maker of food packaging should invest in Shiok Meats, she said.

Shiok Meats raised a total of $12.6 million in October 2020 from Toyo Seikan and other investors to build a factory and provide working capital. It plans to begin selling cultured shrimp meat commercially next year.

To pull that off, Shiok Meats needs to lower its production costs, currently around $5,000 per ton, by a factor of 100 to $50. At the moment, the nutrients needed to grow the meat are the company's biggest cost. This must be slashed if its cultured seafood business is to be viable. Sriram's skills at negotiating with suppliers are being tested.

But Sriram remains confident. "Cultured seafood will definitely be mainstream by 2030. When you walk into a supermarket, you will see cultured meat and seafood alongside plant-based seafood and meat, as more consumers will demand it," she said.