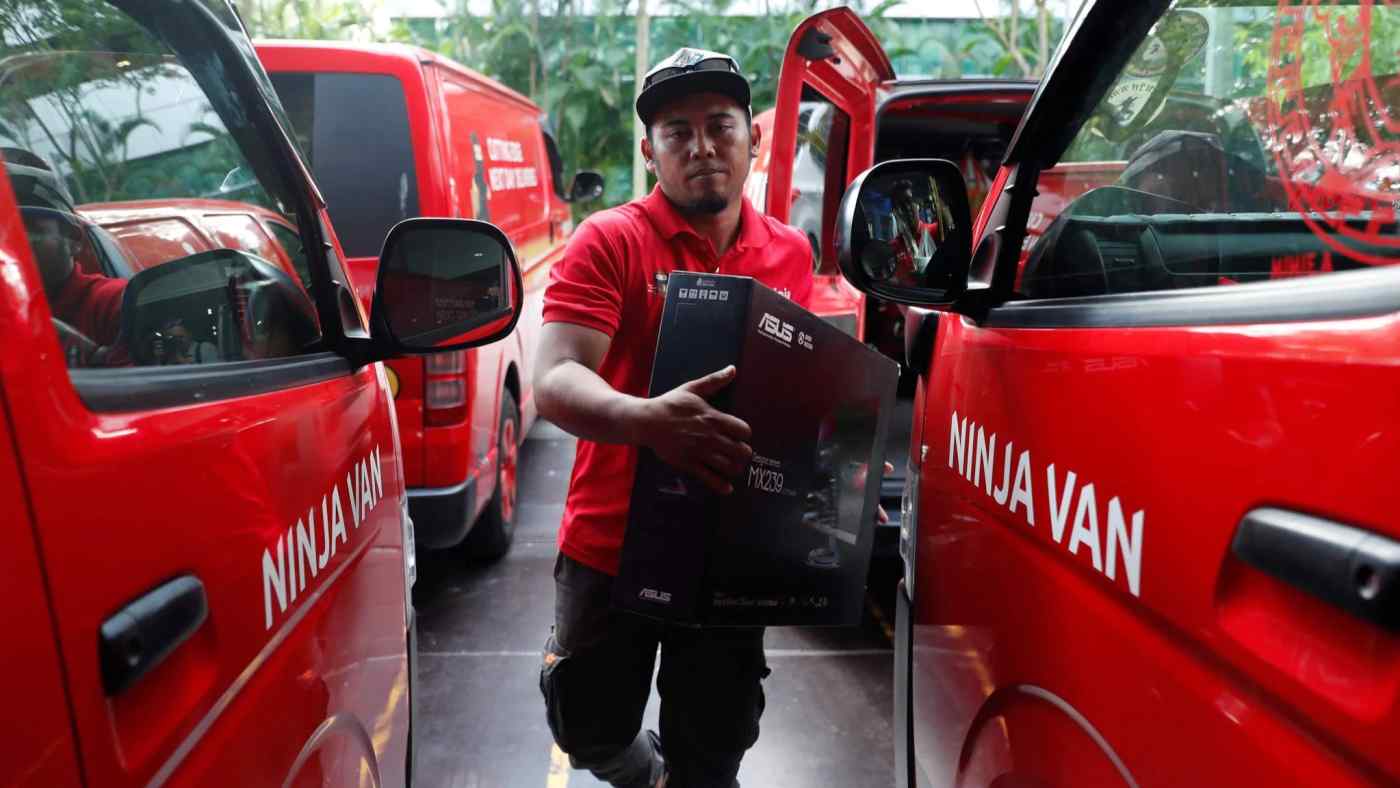 A Ninja Van employee unloads his van at the startup's Singapore office. Its latest round of fundraising will bolster the company's cash on hand as it looks to ride out the coronavirus pandemic.   © Reuters
KENNETH LIM, DealStreetAsiaApril 9, 2020 17:42 JST | Southeast Asia
CopyCopied

Ninja Van also issued $89 million of convertible notes for existing investors Geopost SA and B Capital in 2018 and 2019, from which Ninja Van has obtained $52.4 million of equity capital following conversions at Series D pricing.

The Series D preferred shares were sold at $61.43 apiece, which is also the conversion price for the convertible notes. That is about 70% higher than the $36.21 share price of its Series C shares. At the Series D pricing and the company's total issued shares disclosed so far, Ninja Van is worth about $590 million. In April 2019, just before Ninja Van announced the first investment by Singapore-based super app Grab, the company was worth $235 million, based on its Series C pricing and its total allotted ordinary and preferred shares.

Based on available data, Zamrud, a sovereign wealth fund controlled by Brunei, joined Ninja Van's capitalization table as the largest disclosed investor in the Series D equity round so far, with a $50 million stake.

The figures are based on corporate filings. There could be further developments that have not yet been disclosed. Ninja Van declined to comment.

Zamrud's participation in the Series D round marks a rare appearance in the venture deal headlines by kingdom's sovereign wealth fund. It coincides with Ninja Van's plans, disclosed to business news network CNBC in February, to expand into Brunei in 2020. The company already operates in Singapore, Malaysia, Indonesia, Vietnam, the Philippines and Thailand. The Brunei Investment Agency could not be reached for comment.

The Series D capital helps Ninja Van cash position as the global COVID-19 pandemic threatens to trigger a global recession. Ninja Van's financial filings showed the company with 5.6 million Singapore dollars ($3.9 million) in cash at the end of June 2017 and an operating cash outflow of SG$13.1 million for the six months ended June 2017. Results for subsequent periods have not been filed yet.