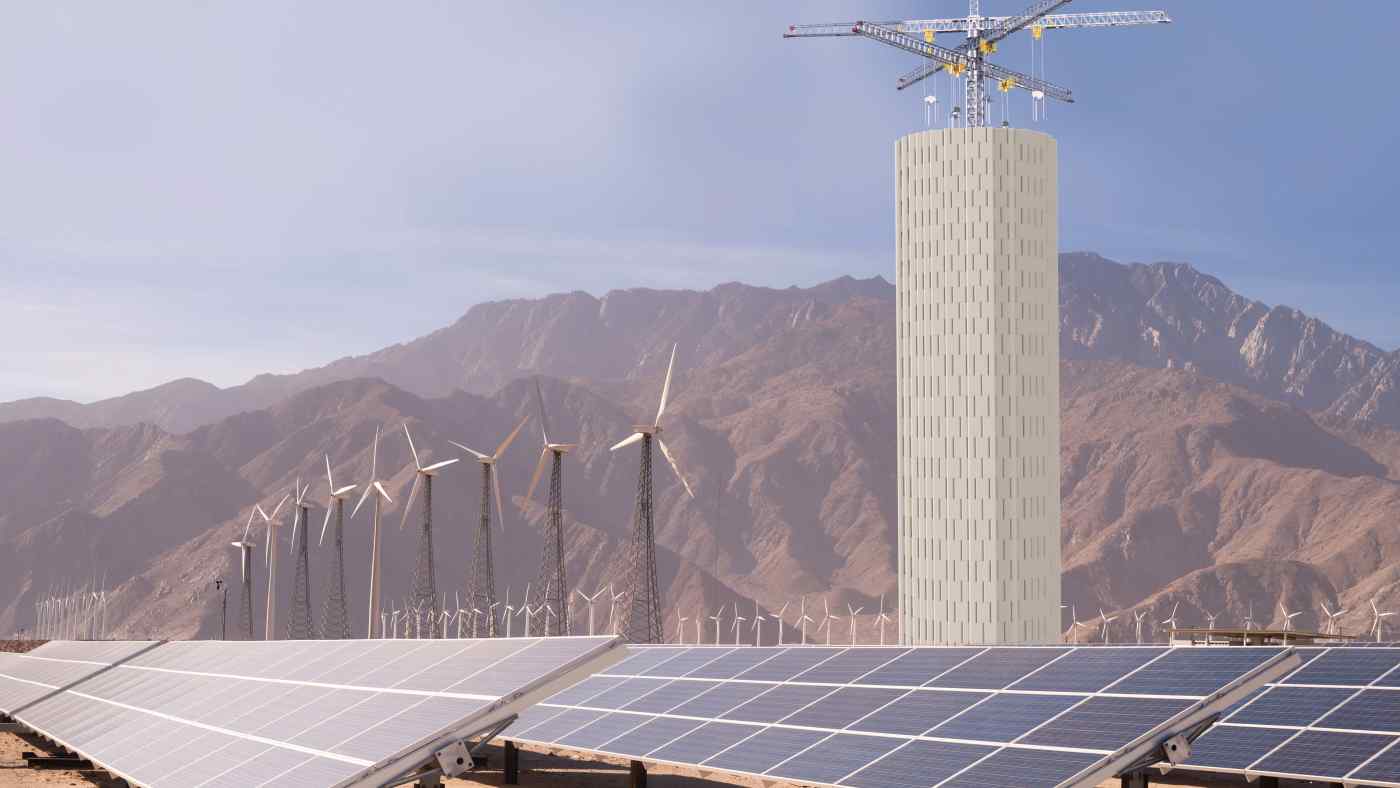 TOKYO -- SoftBank Group's near $100 billion Vision Fund made its first bet in the energy sector with a $110 million investment in Switzerland-based startup Energy Vault.

The funding will enable Energy Vault to deploy its huge brick energy-storage towers across the world, the company said on Thursday.

"We looked at who can bring a global network to accelerate our deployment, and SoftBank was an easy choice," said co-founder and CEO Robert Piconi in a phone interview. He declined to comment on the financial terms of the deal.

The cost of storing energy is considered a major problem for the renewable energy sector. Founded in 2017, Energy Vault is developing a tower that moves thousands of giant, 35-metric ton bricks to store excess energy.

The company says the system is more affordable and easier to deploy than conventional pumped hydro storage systems.

Energy Vault plans to demonstrate a tower with a 35-megawatt hour storage capacity for the first time during the fourth quarter in Italy, and has agreements with customers in four continents.

SoftBank operates a renewable energy business within and outside Japan. But the deal marks the first time that the Vision Fund -- which mainly invests in disruptive artificial intelligence technology -- is venturing into the energy sector.

Energy Vault said it is developing machine vision software that enables the towers to operate autonomously.