TOKYO -- India's leading online retailer Flipkart on Monday said it raised $3.6 billion from a group of investors in a deal that valued the company at $37.6 billion.

The deal is India's biggest funding round this year, and cements Flipkart's position as one of the country's most valuable companies. It comes more than three years after Walmart acquired a 77% stake in Flipkart for $16 billion, and marks the return of SoftBank, which had sold its stake as part of that transaction, as an investor.

The rise in its valuation is a sign of strong investor appetite as some Indian tech companies, including food delivery company Zomato, gear up for a stock market debut. It also comes at a time when U.S.-listed Chinese tech companies are under intense regulatory scrutiny.

Flipkart confirmed plans to go public but did not elaborate on timing. A spokesperson said: "It is our continued aspiration to make the company public, and our plans remain unchanged."

"We will continue to invest in new categories and leverage made-in-India technology to transform consumer experiences and develop a world-class supply chain," Flipkart Chief Executive Kalyan Krishnamurthy said in a news release. It will focus on accelerating growth for millions of small and medium Indian businesses, including small mom-and-pop stores known as "kiranas," utilizing the funds raised. 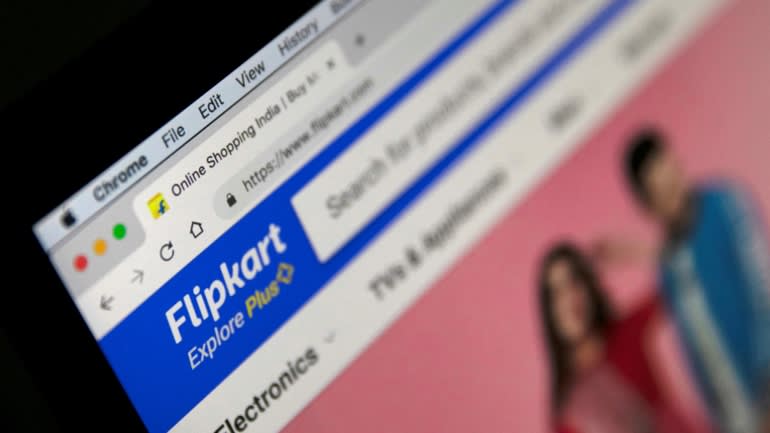 The funding is likely to intensify competition for dominance of Indian e-commerce as consumers and retailers flock online to cope with COVID-19 restrictions.

Flipkart said it has more than 350 million registered users and more than 300,000 registered sellers. The company also owns a major stake in payment app PhonePe.

SoftBank is the largest outside shareholder in China's Alibaba Group Holding, and also backs Coupang, a South Korean e-commerce company that went public in the U.S. in March. SoftBank's track record in e-commerce investment gives it access to major funding opportunities.

The latest investment in Flipkart was "driven by our experience with and conviction in the company's management team," said Lydia Jett, a partner at SoftBank Investment Advisers, which manages the Vision Fund.

Hopes for lucrative IPOs are driving capital into Indian tech companies, helping close the funding gap between startups in China. Ride-hailing company Ola last week said it raised $500 million from a group of investors, including Singaporean sovereign wealth fund Temasek, ahead of its planned listing.