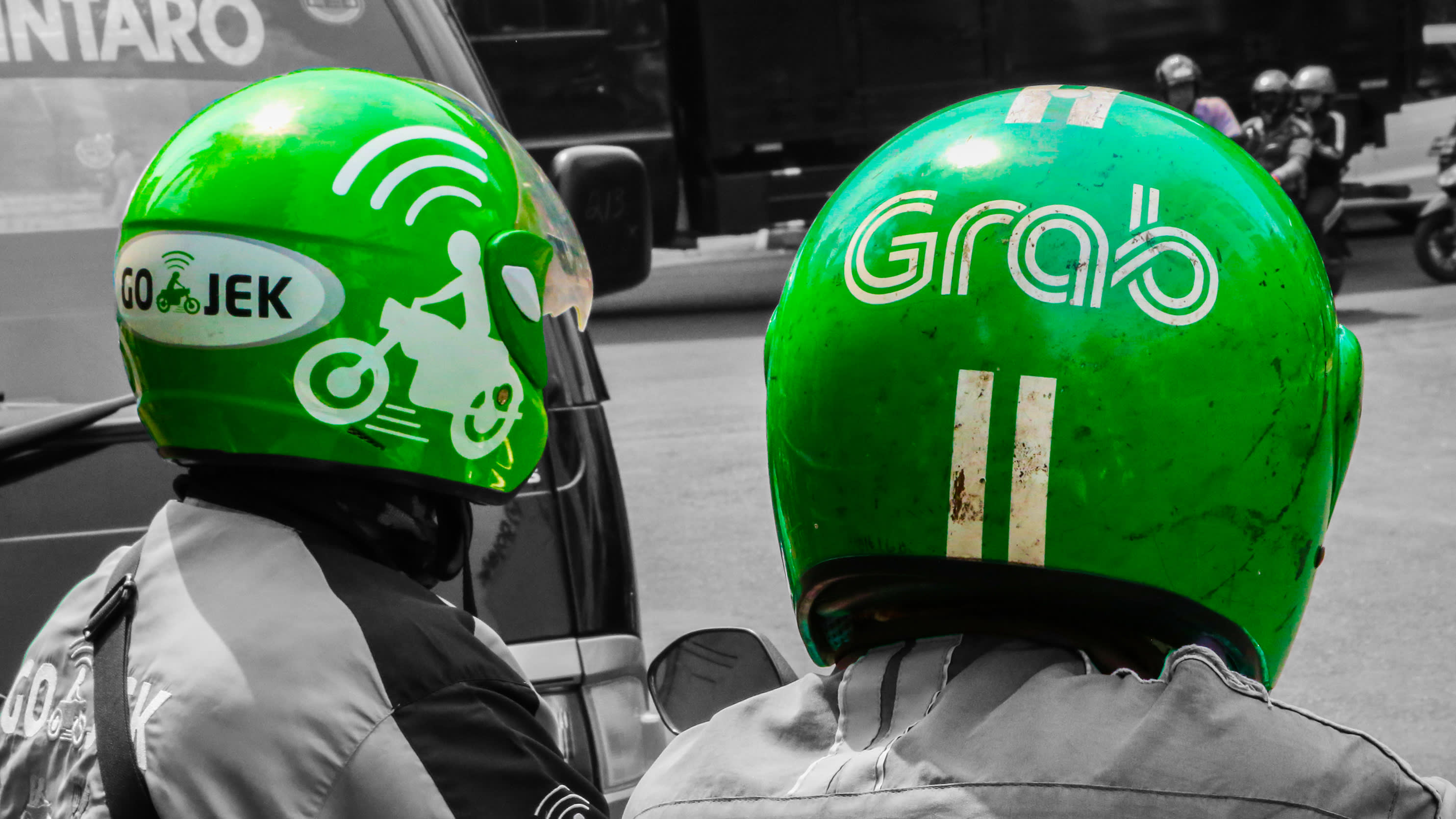 SINGAPORE -- It already seems like a distant memory when SoftBank Group CEO Masayoshi Son visited Indonesia in July and promised a $2 billion investment in the country through tech startup Grab, which in turn pledged to build a "second headquarters" in Jakarta.

Only three months later, and those salad days may have gone for the Singapore-based ride-hailing app. Last valued at $14 billion, according to CB Insights, Grab is now having to think hard about profitability and margins -- as are all startups in Asia's thriving tech scene.

Grab's biggest backer, SoftBank, which has already invested $3 billion in the company, is expected to post massive write-downs when it reports third quarter earnings on Wednesday. SoftBank has now started to make profitability a key watchword among its investments after the WeWork fiasco.

"You have to have a business that makes sense," Rajeev Misra, who oversees the SoftBank Vision Fund, said last month. "Just saying, 'Look, I'm going to disrupt an industry with a bad business model' isn't going to work."

Meanwhile Grab's fellow ride-hailing app Uber Technologies, which is also backed by SoftBank, continues to disappoint investors. Its share price fell 6% in aftermarket trading on Monday after it posted another big loss.

"We trust the Indonesian government to be fair, to create an equal playing field for all, because it is also in their best interest," Grab's co-founder Tan Hooi Ling told the Nikkei Asian Review.

Even so, the move by Gojek co-founder and CEO Nadiem Makarim to become Minister of Education and Culture could raise the local profile of its brand above that of Grab.

Having the founder of Gojek being chosen as a cabinet minister is "testament that Gojek is highly respected in Indonesia," a venture capitalist in Singapore said. Amid these changes, Grab has fine-tuned its strategy to develop potentially higher margin operations, especially in food delivery and health.

On October 30, it launched a new business called GrabFood Signature in Indonesia, in which Grab and 60 restaurant partners develop "exclusive menus" that are only available on the Grab app. Those menus include a jalapeno cheese mozzarella burger at Burger King and salted caramel macchiato at a local cafe chain.

The exclusive menu would give a higher margin for Grab than a normal menu. In return, Grab provides restaurants with data insights and consumer trends to help develop the menu.

Grab started its food delivery business in 2016 and now has operations in Singapore, Indonesia, Thailand, Malaysia, Vietnam and the Philippines. The company claims it was the most often used food delivery app in all of these countries in the April-June quarter, citing external research conducted by Kantar.

"Food delivery is going to help us as a company get to profitability faster," said Lim Kell Jay, regional head of Grab's food unit in a recent interview with Nikkei.

On ride-hailing, Grab takes around 20% of fares, while the margin goes up to 30% or more for food delivery.

Grab is "exploring" business beyond food delivery, such as procurement for restaurants, Lim said. It is also evaluating the possibility of entry into new markets, possibly Myanmar and Cambodia -- where it currently does not have food service. Currently the food unit accounts for about 20% of Grab's total gross merchandise value, but "food may overtake ride-hailing in the future," Lim said.

"With increasing urbanization and longer working hours in Southeast Asia -- which contributes to less time to cook -- the value proposition and convenience of food delivery certainly has its place here," said Joongshik Wang, partner at Ernst & Young Corporate Finance in Singapore. Southeast Asia's online food services market size is expected to reach $3.4 billion this year, up 30% from 2018, according to Euromonitor International. The online share is 3%, meaning there is still growth room for operators.

But the competitive market is a challenge for Grab, said Jeffrey Funk, independent technology consultant and former associate professor at the National University of Singapore, citing U.S. operator GrubHub's profit plunge in the July-Sept quarter. He noted that falling competition as a result of consolidation could help Grab make money, "but it is unlikely that Grab's food delivery business will become a cash cow." While Grab aims to be the region's No. 1 superapp that offers various services on a one-stop app, launching a new service is becoming less easy than before because more competitors have grown in each sector over the years.

Last month, Grab started testing a telehealth service -- app-based medical consultations with a doctor -- for users in Indonesia, more than a year after its announcement last August. The company's original plan was to launch "in select countries in the first quarter of 2019."

In Indonesia, local telehealth startups like Halodoc were in place before Grab's announcements, so it will not be easy to become competitive quickly, even for Grab.

Halodoc CEO Jonathan Sudharta said in a 2018 interview with Nikkei that the health care business requires a lot of local know-how, government relations and public perceptions that are "very different from just a normal e-commerce or ride-hailing business." Sudharta stressed that local players have an advantage over foreign newcomers.

Referring to the region's superapp competition, Ernst & Young's Wang said that the better funded startups may still continue to seek the scale and expansion that provides them a more defensible regional footprint and loyalty. "However, in the near term, we can expect most competitors to show efforts around illustrating their path to profitability," he added.

A Grab spokesperson commented: "We are profitable in some of our mature [business lines]...For businesses where we are not yet profitable, we have a clear line of sight to profitability."

As for Gojek, the new leaders will also face a more severe market sentiment as investors have worried about Makarim's departure and focused more on profits.

Gojek will take "a more measured approach," new co-CEO Kevin Aluwi said. "Now we are in a different time, and we will operate appropriately."