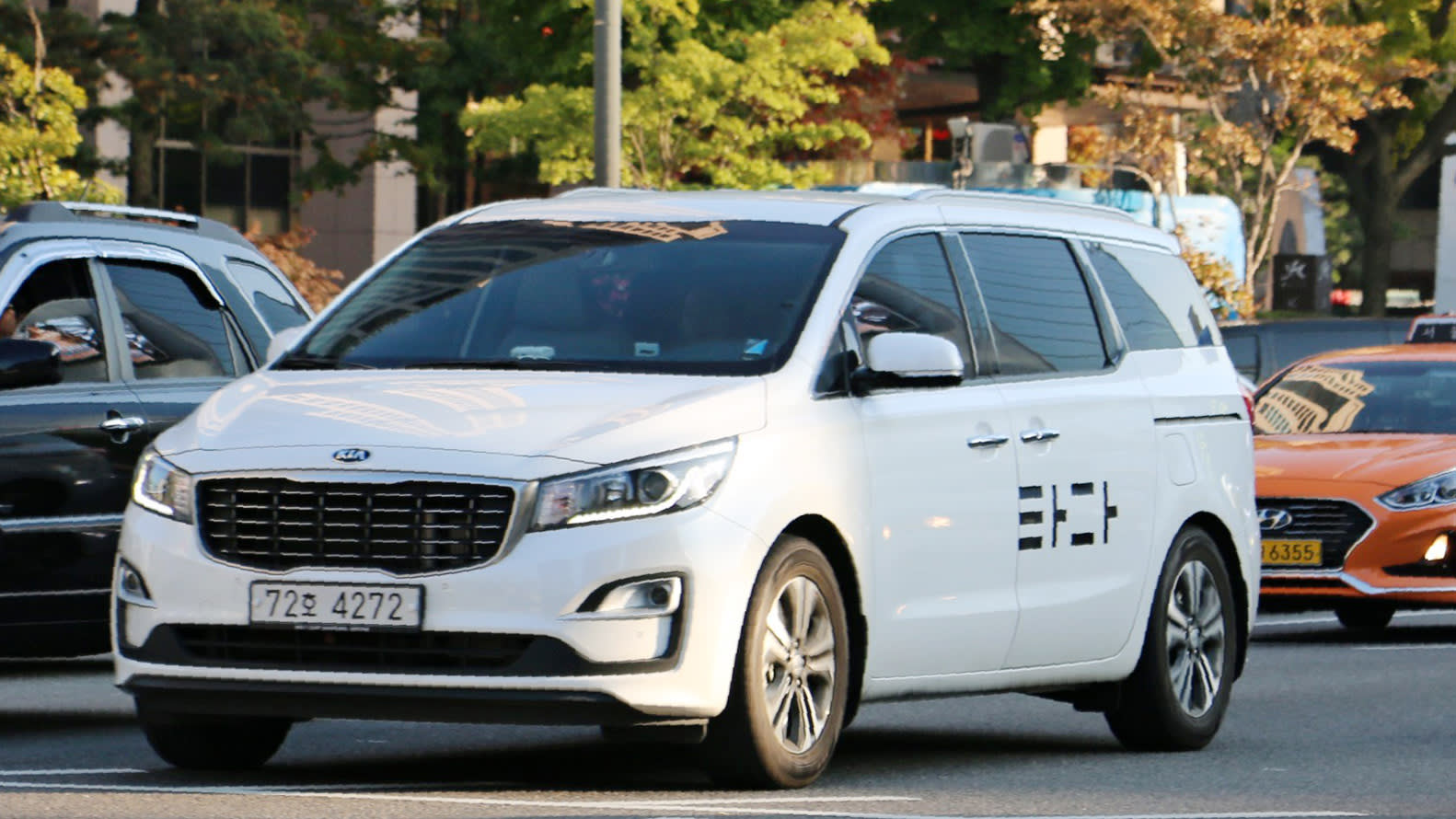 VCNC has been operating its ride-hailing service Tada since October 2018. (Photo by Kotaro Hosokawa)

SEOUL -- South Korea's top ride-hailing startup has been cleared of running a taxi service illegally in what is being hailed as a victory for entrepreneurship and innovation in the country.

The Seoul Central District Court on Wednesday acquitted VCNC and its CEO, Park Jae-wook, of the charges against them, saying the company offers a legitimate, app-based car rental service. VCNC began operating Tada, a service that allows users to book an 11-seat minivan and driver, in October 2018.

"A Tada user is a person who is given a short-term rental car by contract. It is not permissible to punish [VCNC] by treating it like a traditional offline transportation service," the court said in its ruling.

Park and VCNC were indicted last October on charges of violating the country's passenger transportation law, a move that rekindled debate over South Korea's strict regulations and attitude toward startups.

The verdict comes as numerous startups in South Korea struggle to survive -- or even give up -- due to red tape and unfriendly regulations. Kakao, the country's second-largest internet company, suspended its car-sharing service last year after facing strong opposition from taxi drivers and the government.

In some cases, the opposition has been extreme. A 76-year-old taxi driver surnamed Ahn set fire on himself last year to protest Tada. Taxi drivers, who enjoy government support, also hosted a large-scale sit-in strike in downtown Seoul calling on authorities to revoke the startup's business license.

VCNC CEO Park welcomed the court ruling. "It is a good moment in which our society entered the future. I will consider solutions for improving the mobility ecosystem, including cooperating with the taxi industry," Park said.

Tada has been popular among users thanks largely to its well-mannered drivers -- who are trained to avoid making small talk with passenger. Tada's fares are a little bit higher than those of taxis, but many people are willing to pay for the better service. It has more than 1.2 million users, mostly in the metro Seoul area, and runs some 1,000 vehicles.

Park said that the company contributes to society by providing many jobs for part-time drivers who can work on their own schedule. These drivers include students, actors and homemakers who prefer flexible working time.

Korea Venture Business Association, a lobby group for startups, also welcomed the ruling, saying it hoped the decision will draw more attention and support for startups.

"We expect the verdict will mark a milestone for the mobility industry as it continues its innovations," the association said in a statement. "In particular we ask support and interest for new industries, such as artificial intelligence, autonomous driving, fintech and telemedicine so that [startups in those fields] can grow into unicorns and contribute to the economic development of our country."