Fundraising shrinks to $9.5bn in 2019 as investors focus on profitability 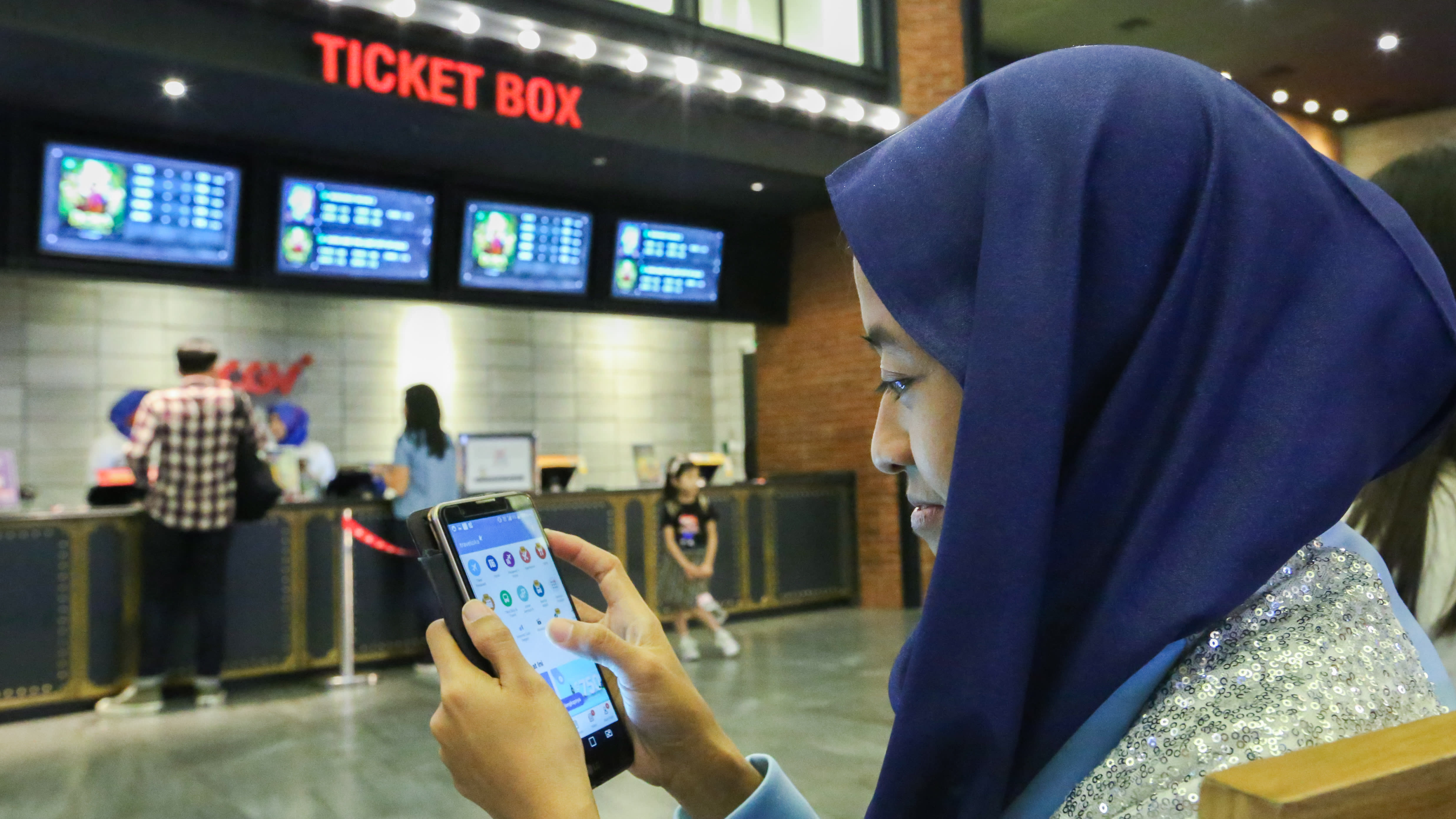 A woman uses the Traveloka app in Jakarta. The Indonesian travel booking startup raised $420 million from investors in 2019.  (Photo by Rie Ishii)

TOKYO/JAKARTA -- The flow of funds to startups in Southeast Asia is slowing as global investors take a harder look at new companies and their prospects for growth.

Investment in startups in the region by venture capitalists and others totaled $9.5 billion in 2019, down about 30% from the previous year, according to data from DealStreetAsia, a Singaporean financial news site. The data includes investment by private equity funds and corporations.

The number of startups raising more than $1 billion dropped to two from five last year.

The findings suggest that the profitability of high-profile startups is under close investor scrutiny as they reassess unicorns -- privately held startups valued at more than $1 billion.

Grab, a Singapore-based rides-hailing service, raised a total of $2.1 billion last year, the largest amount among Southeast Asian startups. That included an additional cash injection from SoftBank Group's Vision Fund. No. 2 on the list was Grab's Indonesian rival Gojek, which raised $1.6 billion from Google and others.

Grab and Gojek together accounted for nearly 40% of all funds raised by startups in the region. The rest brought in less than $5 billion.

The cooling off of fundraising by Southeast Asian startups in 2019 stood in marked contrast from the previous year when the top five companies, including Indonesian and Singaporean e-commerce companies Tokopedia and Lazada, raised nearly $9 billion in all. 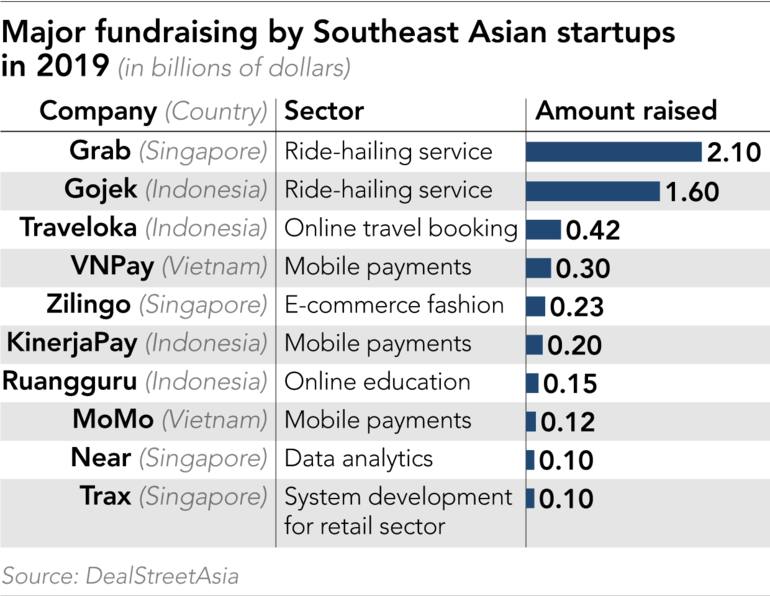 Fundraising trend in the first half of 2019 wasstronger than during the same period in 2018, but lost momentum in the second half because major startups came under the microscope after IPO flops at high-profile startups in the U.S. such as Uber Technologies.

Share prices for market debutantes dropped in the U.S., upsetting some startups' listing plans. In China, fundraising by new companies plunged as investors became more selective there as well.

While investment in large startups in Southeast Asia declined in value terms in 2019, the number of investments rose 32% from the previous year to 503. And one country bucked the downtrend: In Indonesia, investment climbed 10% in value to $3.4 billion and 68% in number to 140.

Ruangguru, a big Indonesian online education startup, with 300,000 teachers and over 15 million students, raised $150 million in last December. Investors included General Atlantic, an American private equity firm, according to the Jakarta-based company that was founded in 2014. The parent company of Kredivo, which uses artificial intelligence to assess the creditworthiness of individual borrowers, raked in $90 million in December.

In Indonesia where the education and financial systems are still maturing, online businesses have much room for growth. Singapore-based Grab raised $2.1 billion, the most of any startup in Southeast Asia in 2019, followed by its Indonesian rival Gojek, which pulled in $1.6 billion from Google and others.   © AP

In Vietnam, e-payment service providers were active fundraisers. The operator of VNPay attracted $300 million in capital, the fourth-largest amount the region, in 2019, while M_Service, owner of the popular MoMo brand, took in $120 million.

Southeast Asia's digital economy is expected to be worth $300 billion by 2025, three times as large as last year, according to Google and others. Indonesia and Vietnam are expected to lead that growth.

Despite the slowdown in 2019, the range of investors offering cash to Southeast Asian startups is expanding beyond traditional powerhouses like SoftBank Group and Chinese e-commerce leader Alibaba Group Holding to others, including Singapore's state-owned investment fund Temasek Holdings and regional venture capitalists.

But as investors look at startups with a cooler eye, the money they offer comes with more strings attached. UOB Venture Management, a unit of the Singapore based bank of the same name, said startups must show how they intend to become profitable.

Bukalapak, a big Indonesian e-commerce company dismissed 10% of its employees and its founder and CEO stepped down when investors began making noises.

With the coronavirus spreading from China to Japan and elsewhere in Asia, startups are likely to continue having a hard time raising cash. Global investors are paying keen attention to whether big startups in Southeast Asia can keep growing by taking advantage of the region's advantages, namely the high growth potential of its digital economy.