Ventures want to help you enjoy Disneyland, impress your date and even touch the stars Japanese space startups say they will soon have the answers.

These young companies are diversifying beyond specialties like weather forecasting and astronomical observation, recognizing their technology can be used for other practical -- and sometimes not so practical -- pursuits.

"Isn't it helpful if Google Maps update every 10 minutes?" asked Shunsuke Onishi, CEO of Fukuoka venture iQPS. The small company -- it has a team of 11 people and 100 million yen ($910,000) in capitalization -- aims to place 36 mini radar satellites into Earth's orbit as early as 2024 and create a virtually real-time map.

"We want to create a world where people can check how crowded Tokyo Disneyland is before going there, for instance," Onishi said.

The idea is to capture and transmit images of every spot on our planet every 10 minutes. The key is what iQPS suggests is the world's smallest radar satellite, weighing just 100 kg and measuring 1 cu. meter in size. It cost only a few million dollars to develop.

Covering all of Earth takes a lot of satellites, which means they have to be cheap. Conventional radar models weigh 1 ton to 2 tons and cost hundreds of millions of dollars to develop. 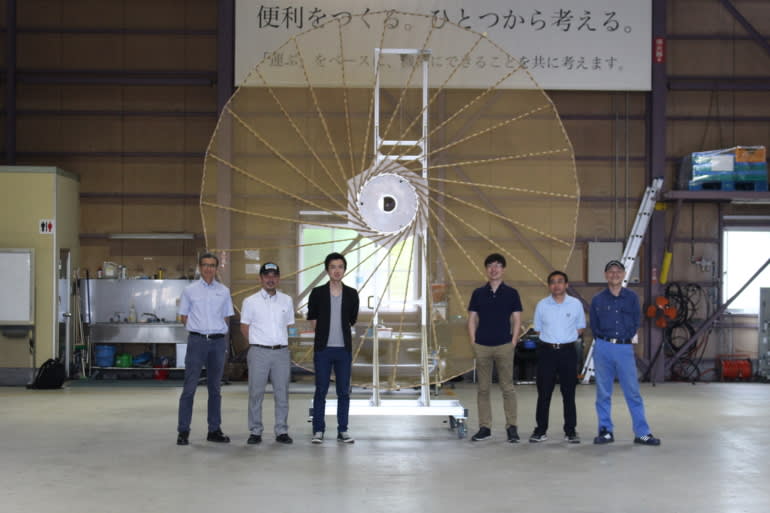 The radar dish iQPS developed for its satellite weighs as little as 10 kg. (Courtesy of iQPS)

Like an umbrella, the radar dish of the iQPS satellite can be folded during takeoff and opened upon release into space. Made of metallic mesh, the dish measures 3.6 meters in diameter and weighs just 10-15 kg, light enough to be carried by a person.

Despite its size, the satellite packs a punch. It can distinguish objects 1 meter long and identify cars on a road. Unlike observation satellites that use cameras, radar satellites can capture imagery day and night and see through clouds and other atmospheric obstructions.

The company's first satellite is set for launch in early 2019, followed by a second in 2020. It intends to eventually build up to 36.

The market for observation and reconnaissance satellites is valued at 910 billion yen ($8.2 billion), and iQPS says it is a front-runner in the small radar satellite segment.

It is not the only startup exploring new avenues. 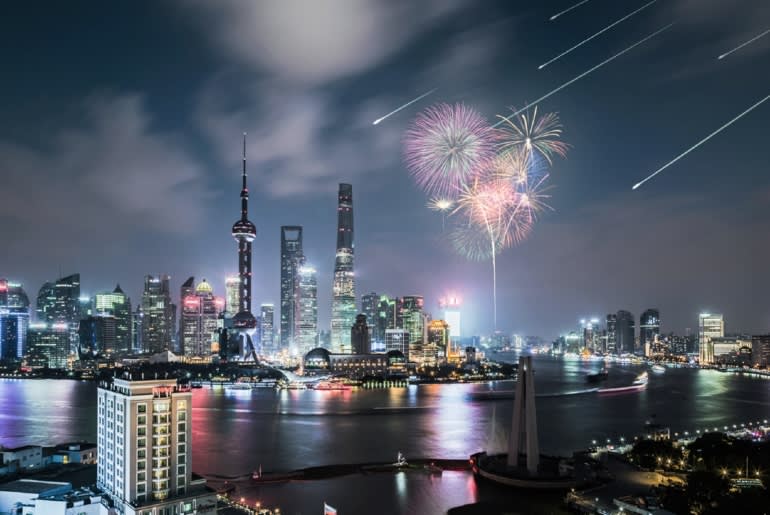 Tokyo startup ALE plans to create artificial meteor showers by 2020 -- and make them cheap enough for individuals to order. (Courtesy of ALE)

Tokyo-based venture ALE hopes to commercialize artificial shooting stars by spring 2020. It is developing a satellite that can launch marble-sized particles from around 400 km to 500 km above the Earth's surface. The particles will enter the atmosphere and burn up at a height of 70 km to 80 km, sending streaks of light across the sky.

The venture aims to make the service affordable for individuals. Hoping to impress a date? Order up a few shooting stars.

"Through entertaining programs, we want to bring space closer to people and help the development of science," said CEO Lena Okajima, an astronomy graduate and former Goldman Sachs banker.

ALE's first satellite is already built and awaiting launch this spring. The second is to go up after the summer. The satellite is small enough to be tucked into a rocket alongside larger devices. 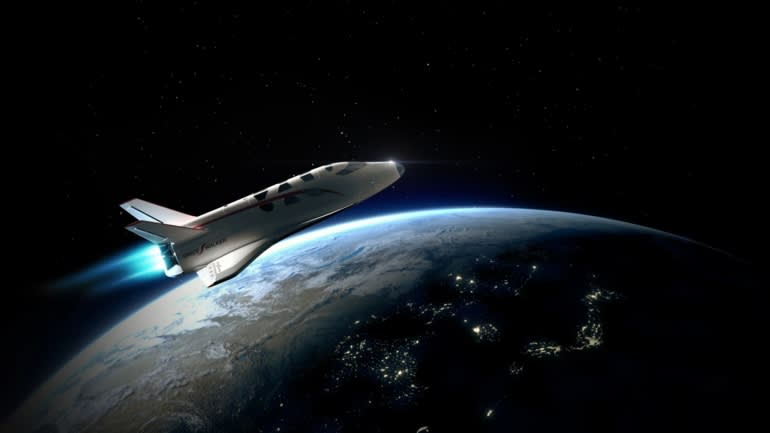 Japanese venture Space Walker wants to send tourists on suborbital flights aboard a craft like this by 2027. (Courtesy of Space Walker)

Other companies are dreaming bigger, looking to conquer space tourism. Tokyo-based Space Walker is developing a winged craft that would be capable of sending six passengers and two pilots on suborbital flights, possibly by 2027.

The project is built on a technology developed by the government for a "Japanese Space Shuttle" program. Space Walker has partnered with aircraft maker IHI and space agency JAXA, and will use liquefied natural gas engines they developed.

The company wants to start a series of suborbital test flights with prototype vehicles in 2019.

Like ALE, the company aspires to make space more accessible. "We hope that our project will help people understand the importance of the space business," said Akihiro Yasuda, a board director.