KUALA LUMPUR -- Australian-based financial technology start-up Raiz Invest Ltd says it is ready to take its micro-investment platform into Thailand and Vietnam as it ramps up its push into Southeast Asia.

Allowing users to round-up everyday purchases and pool their spare change to invest in equities, bonds and other securities, Raiz Invest CEO George Lucas said the company's mobile-led app will also be live in both Indonesia and Malaysia by the end of the year.

"Along with that strategy, Vietnam and Thailand will be our next targets for expansion," Lucas told Nikkei Asian Review in an interview.

Since its launch in 2016, Raiz has attracted over 192,000 active monthly users with over AU$331 million ($231 million) in funds under management. It's also picked up a number of awards along the way, including Australia's "Investment Innovator of the Year'' two years running in 2017 and 2018.

Focusing on young professionals, the Raiz app empowers users to invest larger sums of money as they get more comfortable with the app.

Still, listed on the Australian Stock exchange last June, the company's shares have had a bumpy ride, falling from the AU$1.80 issue price to a low of AU$0.43 earlier this month.

According to Lucas, Raiz will concentrate first on expanding into countries with a sizable population, with no immediate plans to launch in Singapore, Southeast Asia enterprise-financing hub.

"We are not driven by fund size, what we want to achieve is a higher number of users," said Lucas. "For that, we will have to target countries with proper infrastructure and sizable population."

Raiz secured approval for a licence to distribute mutual funds in Indonesia in December 2018, formally launching there in March. 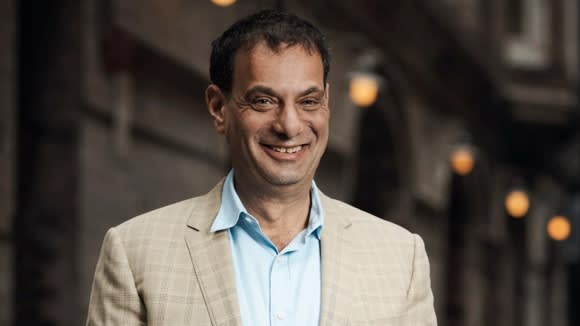 In Malaysia, the company has entered into a joint-venture with Jewel Digital Ventures Sdn Bhd, which is owned by Malaysia's state-owned unit trust manager Permodalan Nasional Bhd (PNB).

Jewel is the investment vehicle set up by PNB to spearhead its digital business strategy which aims to unlock digital value propositions for current and future customers. PNB is one of the largest fund management companies in Malaysia with assets under management of 298.5 billion Ringgit across 13.8 million accounts.

The joint venture is a 70:30 split between Raiz and Jewel respectively, with the Australian firm primarily providing the technology while Jewel will provide the required capital.

Boosted by a surging professional class with solid financial literacy and a strong education background, Lucas said Indonesia and Malaysia presented strong opportunities for Raiz, adding that the company had so far received positive feedback from regulators in both countries.

He said Raiz wants to build up its customer base in Indonesia to a million users over the next three years, and has set a goal of over 300,000 users in Malaysia over the same time period.

With more than 40,000 Indonesians having already signed up for early access, Lucas believes that despite many investment products in the market, his company's key selling point is its ability to allow users to "proactively invest".

"One key feature is round-ups," Lucas said. "We think the best way to accomplish this is by linking investing to something we all do every day: spending."