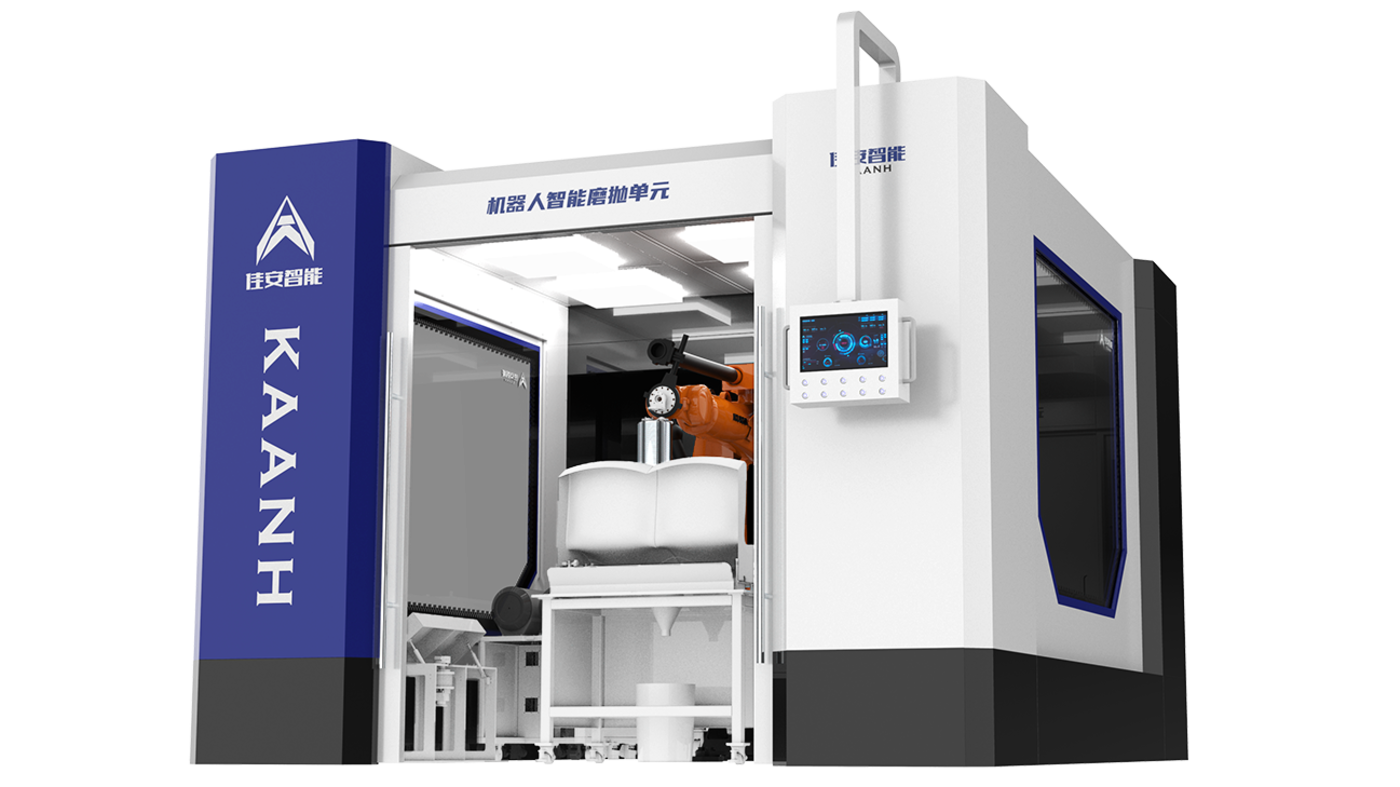 BEIJING -- KAANH, a Chinese startup which develops robots that perform polishing tasks, is steadily expanding its presence in the domestic market.

Polishing work has largely been something of a niche of master craftsmanship in manufacturing powerhouses such as Japan and Germany, but the technology to automate the process has the potential to drastically redraw the map of the global industry.

The process is necessary in the finishing of many products, ranging from large industrial equipment such as high-speed railways, aircraft, ships, automobiles and machinery, to smaller items such as home appliances and communication equipment, toys and household products. Put together, such products create a huge demand for the service.

Chinese companies were relatively late to enter this area of the manufacturing industry and have also mostly relied on manual labor for polishing. As quality control for manual polishing is difficult unless carried out by highly skilled craftsmen, and as the noise and dust generated in the process can lead to occupational diseases, securing skilled workers has become a major issue for companies in recent years.

Polishing robots could provide a solution to this problem, but developing such robots presents a significant challenge. The devices need to meet strict requirements, including precise processing, accurate positioning, stable force control and speed, with tiny allowable margins of error. On top of these issues, companies have been reluctant to invest in and introduce such robots as hiring human workers is cheaper.

So far, these factors have combined to make China's polishing robot market rather uncompetitive. No domestic companies have yet emerged to support the vast market of so-called long-tail products -- where a wide range of products are manufactured in small quantities -- with high-end robot products dominated by foreign companies, such as Switzerland's ABB, Japan's Fanuc and Yaskawa Electric, and Germany's Kuka.

Now, however, KAANH is developing force-controlled robots mainly aimed at the polishing market, providing a range of solutions from 3D scanning to prototype development using offline programming. As well as having the ability to develop software algorithms, it also provides final polishing equipment that make use of software and hardware.

All key members of KAANH hail from Shanghai Jiao Tong University, with expertise in business operations and research in the robot industry. Their strengths are in technology based on force control, dynamics and kinematics. In addition to Midea, Kuka and Shanghai Electric are also adopting KAANH's products.

The first problem is of errors that happened at the preceding stage of the manufacturing process needing to be fixed at the polishing stage. This can often happen in the casting and welding process, for example, but position control alone of a polishing device cannot improve the accuracy of rubbing. KAANH has improved robots' flexibility by adopting force control technology instead of merely position control.

At the core of the technology is an adaptive force control algorithm, which allows robots to adapt to different materials and the curvature of the item they are working on. No matter how complex the models are, KAANH claims its system's calculation and communication will complete within 1 millisecond.

Secondly, polishing robots need to be able to accurately and instantly detect response and control systems when they touch an object in the polishing process. KAANH has developed real-time controllers that conduct an intelligent force control using different models and sensors.

The robots are also able to adjust positioning while polishing by responding to up to 1,000 commands per second from websites, tablet computers and controllers. In addition, significantly improved 5G communication capabilities have increased the robots' readiness.

Thirdly, polishing robots are required to gather a large amount of processing data, as the process is so complex and there is no industry standard. To meet such demand, KAANH has developed artificial intelligence-based algorithms.

This works by the robots gathering 3D scanning data and existing modeling data to create knowledge graphs via machine learning. Based on the data, the robots will program the equipment offline, while online controllers will concurrently assist with accuracy adjustments in real time.

KAANH has earned profits by selling parts and components, but this year it started selling a solution combining software and hardware as its core product. Average customer spend varies from hundreds of thousands of yuan to millions of yuan depending on the product.

KAANH has already supplied polishing robots to a dozen customers, including a car assembly plant, a car parts factory, as well as casting and welding processing companies. Its sales have reached 1 million yuan ($140,732).

Founder Meng Xiangdun said that China's polishing robot industry had not yet matured.

Imported polishing robots are not only expensive, but they are also difficult to use as they are provided as a packaged solution and often lack dust prevention and watering functions. KAANH aims to improve its competitiveness as an integrator of power control by incorporating the core technology into its solution and by providing customers with what they really need.

KAANH in July 2019 raised 8 million yuan in funds from angel investors and is now soliciting funds from series A investors.