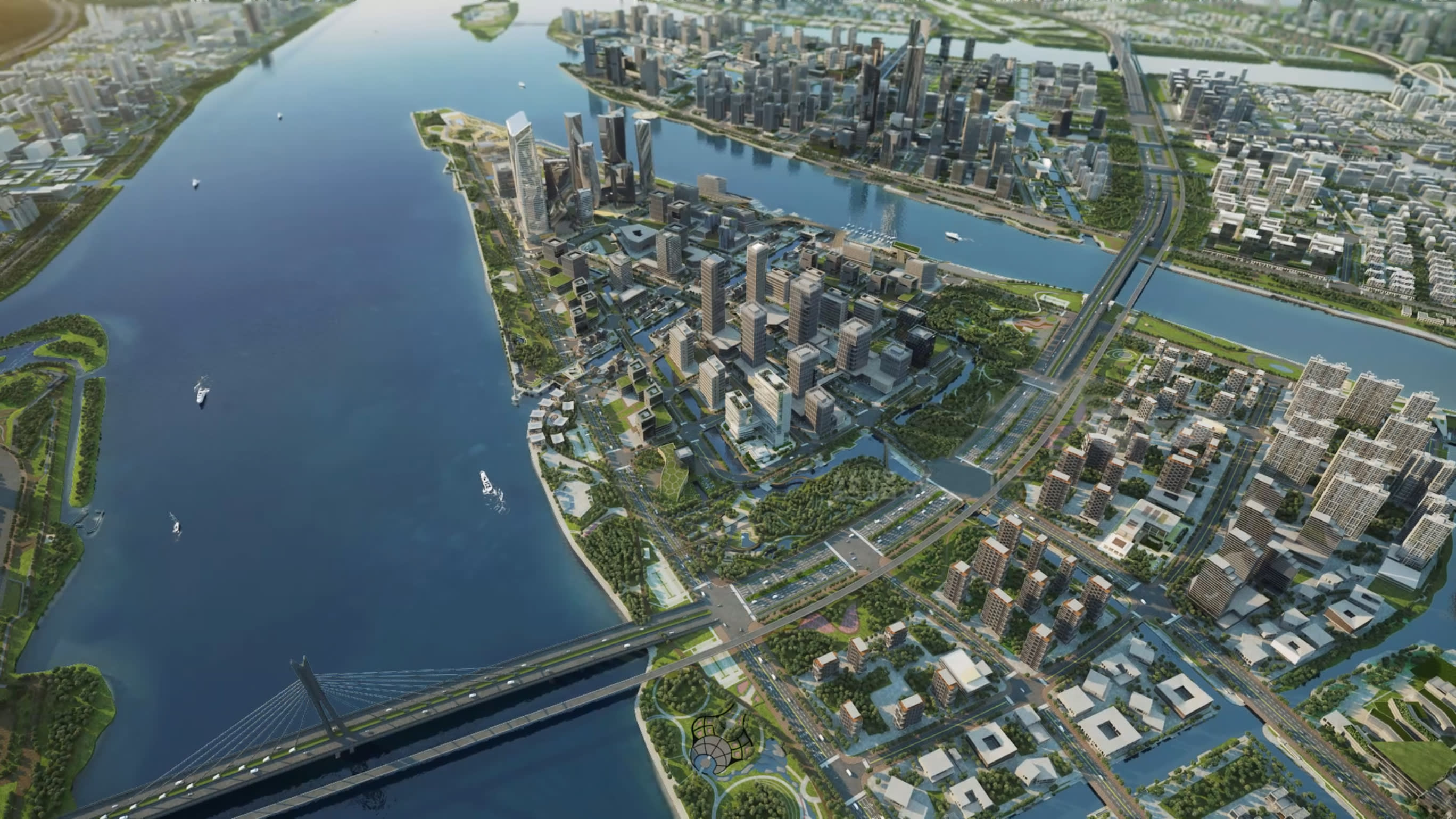 Called spatial intelligence technology, Chinese startup Deep Mirror is using it to create a "mirror world" -- a three-dimensional digital duplicate of environmental features such as land, roads and buildings that can be shared by multiple users in real time.

The technology has the potential to become integral to the development of even newer technologies and services through the use of 5G, AI and augmented reality.

According to Deep Mirror Chief Technology Officer Lei Jiabei, spatial intelligence transforms the current, two-dimensional human-computer interface into a three-dimensional one, enabling people to generate information in a more efficient and intuitive manner.

Helping develop smart cities is a good example of putting spatial intelligence technology to work, as Deep Mirror has shown in its Pearl Bay Mirror World, a joint project with Nansha District in Guangzhou.

The startup is led by an impressive cast of tech notables, including Hu Wen, former COO & Interim CFO of Pony.ai, a Chinese autonomous driving startup, and Qi Zichao, a gold medalist at the International Olympiad in Informatics. Other top brass include CTO Lei, a former member of Google X, a skunk works lab that has since been renamed X, as well as graduates of prestigious universities from around the world.

According to the company, the roughly 30 founding members have all put in time at some of the world's most respected tech companies, including Waymo, Google, Facebook, Baidu and drone developer DJI. Over half have worked for autonomous driving developers.

Deep Mirror has drawn support from Andrew Chi-Chih Yao, dean of the Institute for Interdisciplinary Information Sciences at Tsinghua University and the only Chinese to have won the A.M. Turing Award, often called computer science's Nobel Prize. The dean is also offering the startup the services of Yao Class, a crack computer science group from the university.

Established in the Nansha District, Guangzhou in July 2019, the startup has tied up with the local government on a number of projects using spatial intelligence and augmented reality, including Pearl Bay Mirror World.

The virtual world is modeled on the current environment, with simulated buildings, landscapes and other features superimposed over the real world and viewed with Microsoft's HoloLens 2 mixed-reality headset.

According to Qi Zichao, the leading architect at Deep Mirror, spatial intelligence and mirror worlds will become increasingly important as 5G, AI and augmented reality technologies mature and merge.

The mirror world that the company has been developing with Nansha will help lay the foundations for future projects.

Deep Mirror has raised several millions of dollars through an angel round and other means. Yang Fei, a former IDG Capital partner, and several tech company founders have jointly invested in Deep Mirror.