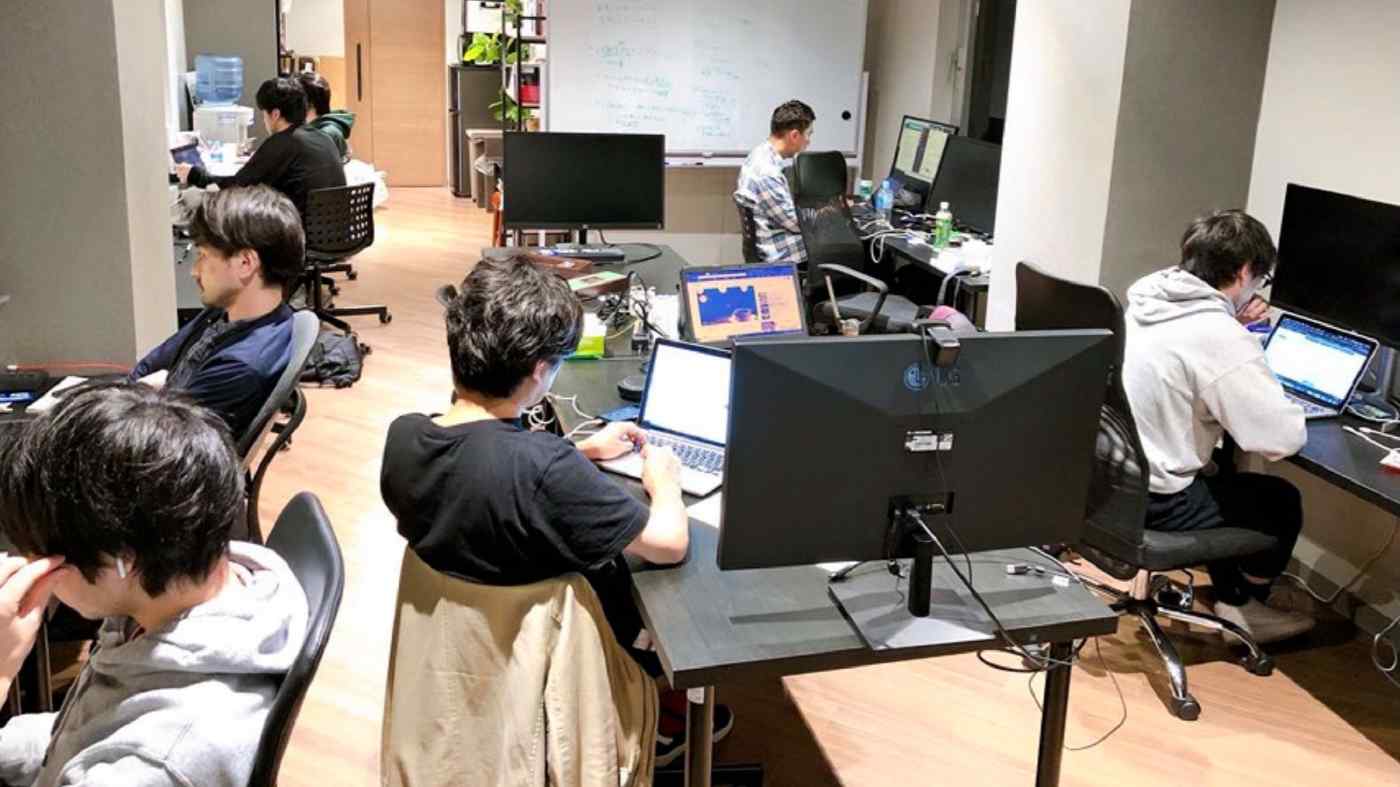 TOKYO -- The operator of Machimachi, a social network for neighbors, on April 17 gave its landlord the required three-month notification that it intends to vacate an office near Tokyo's Shibuya Station.

Like other Japanese startups, Machimachi finds itself at the vanguard of a cost-cutting trend that centers around office space, made superfluous to some businesses by society's response to the novel coronavirus.

They are canceling their leases.

Machimachi at the end of 2019 raised 100 million yen ($937,000), enough to continue operating for two years. The lease cancellation gives it additional breathing room, "increasing the possibility of our survival as much as possible," Machimachi CEO Ikuma Mutobe said, estimating that not having to pay rent will reduce fixed costs by 10%.

After vacating the Shibuya space, Machimachi will not have an office, a predicament it plans to stay in for some time, though it will use the address of a shared office to register itself.

Likewise, LayerX, a blockchain developer in Tokyo, has decided to cancel its lease for a 330 sq. meter office near Nihonbashi that it moved into in November. "We wasted no time in making the decision," said CEO Yoshinori Fukushima, who also launched the Gunosy news curation app. "We want to reconsider what an office should be in regard to our new style of work."

Fukushima said the decision to shift to telework was "natural in light of our position of promoting digitization."

Today's startups have come along in a relatively easy fundraising environment. Once they raise cash, many use it to attract star engineers and other employees, and to improve their work environments.

The pandemic, however, has upended everything, and going forward startups are expected to have difficulty raising capital.

When the global financial crisis struck in 2008, giving startups a dire reality to contend with, many survived by cramming their employees into smaller, less costly offices.

This crisis is teaching startups that paying rent is a waste of precious funds.

"The technological advances of the past 10 years have made teleworking a common practice for startups," said Koichi Noguchi, a partner at PwC Consulting.

Overflow, a Tokyo-based company that matches workers with small jobs they can do in their spare time, in April decided not to have an office, reversing an earlier decision to expand its workspace. While the company has a workforce of around 200, including commissioned workers, only about 10 work at the head office in Minato Ward.

While the pandemic and remote working arrangements have shown executives that offices in many cases are redundant, it is not always easy to get out of a lease. After Japan declared a state of emergency that covered Tokyo, one media company closed its office in Shibuya and had all of its employees work from home, "without any trouble," an official said.

But there is the matter of a 20 million yen a month lease. "We are struggling to decide," the official said, "whether we should pay the 100 million yen cancellation fee [or keep the lease]."

According to Tokyo-based Hitokara Media, which helps startups relocate their offices, more than 90% of the company's clients through 2019 were moving into bigger offices. "But that changed in late March," director Hiroki Takubo said.

Hitokara Media perpetually handles about 100 orders. About 40% of its relocations are now in a state of limbo, and most of its remaining orders are for relocations to smaller offices, the company said.

In addition, the number of inquiries from vacating businesses about leaving desks, chairs and other furnishings for the next tenant has shot up from two or so a month to more than 40, Hitokara Media said. Obtaining this leeway alleviates the cost of returning the premises to its original condition.

"The number of companies looking to secure enough office space for all of their employees will decrease even after the coronavirus outbreak settles," Takubo said.

And while startups are now leading the way in going officeless, the pandemic's aftermath, Noguchi said, "is likely to affect big companies as well."